Street vendors are an integral part of urban economies around the world, offering easy access to a wide range of goods and services in public spaces. They sell everything from fresh vegetables to prepared foods, from building materials to garments and crafts, from consumer electronics to auto repairs to haircuts.

FEATURE E-BOOK: Street Vendors and Public Space: Essential insights on key trends and solutions (February 2020) - Through photography and text, this e-book offers an in-depth look at the important role street vendors play in cities, the challenges they face, and the solutions that can make cities more vibrant, secure, and affordable for all.

Street trade also adds vibrancy to urban life and in many places is considered a cornerstone of historical and cultural heritage. For example, street vendors who sell chai, called "chai-wallahs," are an important part of India's cultural heritage. See photos (NPR) and video of chai-wallahs in action. This Linked-In article explains how they are innovating this centuries-old practice to meet the demands of the present.

Despite their contributions, street vendors face many challenges, are often overlooked as economic agents and unlike other businesses, are hindered rather than helped by municipal policies and practices.

See all publications about Street Vending 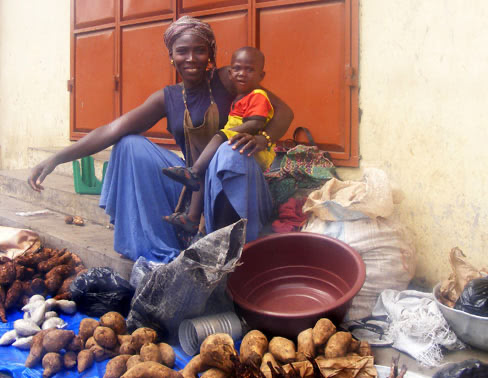 Street vendors are a large and very visible workforce in cities, yet it is difficult to accurately estimate their numbers. Official statistics are available for some countries, though they may underestimate the population engaged in street vending (see Challenges of Gathering Statistics on Street Vendors).

Street trade accounts for a significant proportion of informal non-agricultural employment in Africa. Street vendors make up 13 per cent in Dakar, Senegal; 19 per cent in Cotonou, Benin; and 24 per cent in Lomé, Togo.

In some Asian and Latin American cities, street vendors form a large portion of the urban workforce:

National level statistics reveal that street vendors account for 11 per cent of total urban employment in India and 15 per cent in South Africa.

Available evidence suggests a higher share of women than men sell perishable goods (Roever 2014), which are more likely than other goods to spoil or to be confiscated. Other research has shown that women street vendors typically earn less than men—and in many countries, less than half as much as men (Chen and Snodgrass 2001).

New worker stories from StreetNet: From fighting eviction and police harassment to building a better future through credit and microloans, organized street vendors improve their lives. Read the stories. 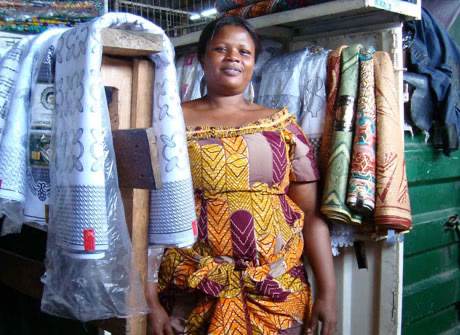 Low barriers to entry, limited start-up costs, and flexible hours are some of the factors that draw street vendors to the occupation. Many people enter street vending because they cannot find a job in the formal economy.

But surviving as a street vendor requires a certain amount of skill. Competition among vendors for space in the streets and access to customers is strong in many cities. And vendors must be able to negotiate effectively with wholesalers and customers.

Street trade can offer a viable livelihood, but earnings are low and risks are high for many vendors, especially those who sell fresh fruits and vegetables (Roever 2014). Having an insecure place of work is a significant problem for those who work in the streets. Lack of storage, theft or damage to stock are common issues.

By-laws governing street trade can be confusing and licenses hard to get, leaving many street vendors vulnerable to harassment, confiscations and evictions. The IEMS research found that even vendors with a license had trouble finding a secure vending location, and those following the regulations sometimes had their goods confiscated. Learn more about Street Vendors and The Law.

Working outside, street vendors and their goods are exposed to strong sun, heavy rains and extreme heat or cold. Unless they work in markets, most don’t have shelter or running water and toilets near their workplace. Inadequate access to clean water is a major concern of prepared food vendors.

Insufficient waste removal and sanitation services result in unhygienic market conditions and undermine vendors’ sales as well as their health, and that of their customers.

Meet an indigenous caterer in a market in Accra, Ghana.

Economic downturns have a big impact on vendors’ earnings. In 2009, an Inclusive Cities research project found many street vendors reported a drop in consumer demand and an increase in competition as the newly unemployed turned to vending for income.

A second round of research, done in 2010, found demand had not recovered for most vendors, and many had to raise prices due to the higher cost of goods. Competition had increased further as large retailers aggressively tried to attract customers. 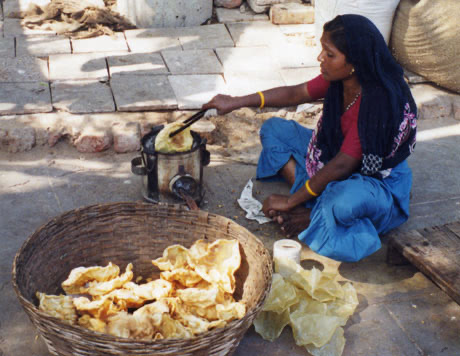 Some cities are working with street vendors’ organizations to formulate innovative policies, programmes and practices that enable vendors to have a voice in making their cities more inclusive.

Bangkok was a leader when it came to selling goods and services in public spaces both day and night. Vending in Public Space: The Case of Bangkok(Yasmeen and Nirathron 2014) examines how this arose, especially given the country’s evolving political and economic agenda. However, since 2014 the Bangkok Metropolitan Administration (BMA), under a military junta, has evicted tens of thousands of Bangkok vendors. Resistance by street vendors has been intense. 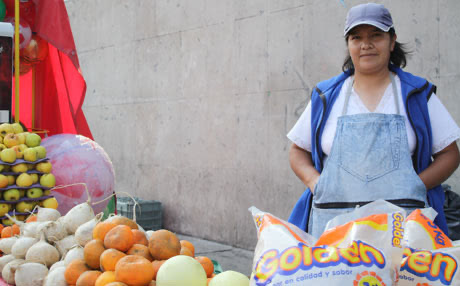 Membership-based organizations help street vendors navigate their relationship with the authorities, build solidarity and solve problems with other vendors. Several have developed innovative ways to work with cities to keep the streets clean and safe while gaining a secure livelihood for vendors.