Five Must-reads on Including Street Vendors in Public Spaces 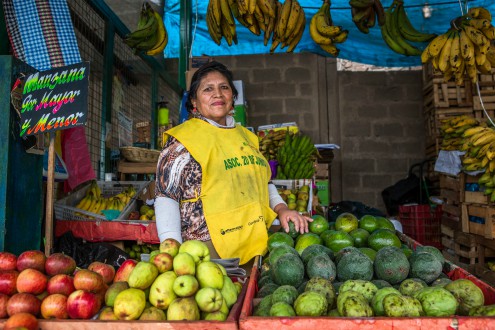 Street vendors are facing unprecedented challenges in cities across the globe, despite global development goals calling for more economically and socially inclusive cities.

This hostility was a recent finding from an important article, Where are the Inclusive Cities?, by WIEGO team members Caroline Skinner and Pilar Balbuena. They analyzed 18 months of news on street vendors and found that these workers are facing widespread eviction and harassment everywhere as public space becomes more contested.

The article was part of a larger series on informal workers in public space, where our researchers explored everything from how Netflix’s new show “Street Food” captured the everyday challenges of street vendors to how essential street vendors are to food security in global cities.

We also wanted to share examples of success stories in cities where municipal officials are working with informal worker organizations to collaboratively develop ways for public spaces to work for all, including street vendors in Monrovia, Liberia, and shoe shiners in Mexico City.

More cities can follow suit, guided by our toolkit for public officials to adopt an inclusive approach to managing public space.

We hope these model case studies are just the beginning. There is still a lot of work to be done to change the narrative about informal workers in public spaces. We’ve curated five articles that every urbanist and official should read to understand both the issues and ways forward for creating inclusive and just public spaces.

How Cities Can Achieve Public Space for All

Although there is no one-size-fits-all solution to the challenge of managing public space in an equitable way, experiences from cities big and small — from New York City to New Delhi — reveal lessons on what works and what doesn’t. Read more about our experiences in Accra, Ghana; Dakar, Senegal; Delhi, India; Lima, Peru; and Mexico City, Mexico that informed a new set of resources on supporting informal livelihoods in public space.

On 27 September 2018, after rounds of detailed negotiation, street vendors signed a landmark memorandum of understanding with the Monrovia Municipal Corporation. It was a major turning point in a decade-long struggle — and showed the power of strong informal worker organizations in making positive change happen in urban areas. Read more about this important model for including street vendors in cities.

The WIEGO Urban Policies Team analyzed news articles on street vendors from six continents over the past 18 months to gain a better understanding of how these informal workers are — or, more precisely, “aren’t” — being incorporated into 21st-century cities. A troubling portrait emerged of widespread evictions in urban hubs everywhere — from New York to New Delhi. Read a continent-by-continent review of the situation on the ground as reported in local news media.

“In cities globally, street vendors are an essential source of food and provide critical income to women but recent crackdowns are threatening this lifestyle. That’s why Netflix’s “Street Food” is timely. It reminds us why cities around the world need to embrace, not ban, street vending. And, as we explain, two very different cities—Los Angeles in the United States, and Monrovia, Liberia—have proven there is a way to make city streets and squares work for all.” Read more about the experiences of street vendors and how these cities are making progress.

WIEGO’s Urban Research Director, Caroline Skinner and food security expert, Gareth Haysom of the African Centre for Cities reflect on 10 years of evidence that has consistently shown the importance of the informal economy in the urban food system, and particularly in the food security of poorer households. Read more about how street vendors feed cities, even with the rise of supermarket chains across African cities.

Download our toolkit for local authorities to support informal livelihoods in public space.