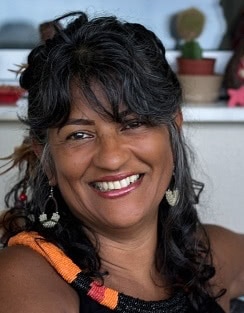 Sonia Maria Dias has been WIEGO’s Waste Specialist since 2008.

A sociologist by training, Sonia refers to herself as a “garbologist” who specializes in solid waste management. She has been active in this field since 1985 in Brazil--long one of the world’s most progressive countries in integrating waste pickers into formal solid waste management systems. Sonia's has focused her work on integrating social aspects into the technical planning of waste collection and recycling. She has promoted social inclusion, gender equity and occupational health in waste forums worldwide.

Sonia's specialization in Solid Waste Management was gained at the University of Kitakyushu, Japan (JICA grant, 1995). She has a Master's degree in Human Geography on the role of the local government in strengthening waste picker organizations in Belo Horizonte City, and a PhD in Political Science  on the role of social participation in solid waste management in Brazil, both from the Federal University of Minas Gerais. From 2012-14, she held a visiting professorship at that university, where she was housed at the Centre for Women’s Studies - NEPEM.

Sonia's hands-on experience encompasses: work as a public officer at the Municipal Cleansing Agency in Belo Horizonte, Brazil; voluntary work for the NGO INSEA supporting the organization of waste pickers, and social activism for the Waste and Citizenship For and for the Observatory for Inclusive Recycling (ORIS). Before joining WIEGO, she was a consultant of the World Bank's Integrated Solid Waste and Carbon Finance Project and an Eisenhower Fellow for the Common Interest Program on Challenges of Urbanization.

Based in Belo Horizonte, Minas Gerais, Brazil, Sonia is fluent in Portuguese and English.