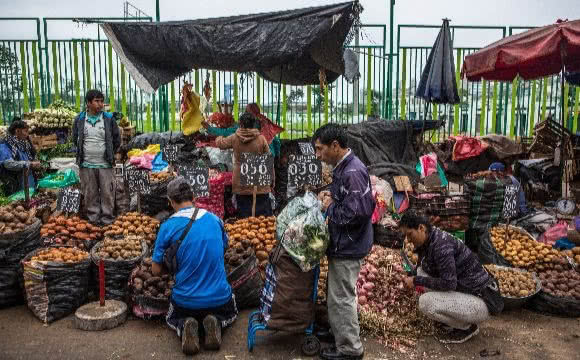 Street vending generates debates around the world. The key debates are summarized here.

Mainstream critics of street vending argue that vendors compete unfairly against off-street establishments because they do not incur registration and taxation costs, and do not have costs such as rent and utility payments. This creates unfair competition, the argument goes, threatening the viability of off-street establishments. Following this reasoning, local governments should “formalize” street vendors by relocating them to off-street premises where they would be expected to register, pay taxes and rent or own their workplace.

Street vendors have different costs and fill a different need in the local economy than off-street businesses. Most street vendors do pay various kinds of taxes and levies, and are particularly subject to indirect taxes (Chen et al. 2005). Street vendors also incur costs when they are not registered, such as having their merchandise confiscated – a risk to which off-street enterprises are not subject. Even street vendors who are registered with local authorities or through their associations are fined for a variety of infractions related to their occupation of public space (e.g. placing stalls too close to a curb).

Street vendors also pay a form of rent through daily fees levied (or bribes demanded) in exchange for their use of public space. Thus, it is not that street vendors avoid the costs of doing business; rather, they incur different kinds of costs than off-street entrepreneurs.

For a brief on study results, see The Urban Informal Workforce: Street Vendors. 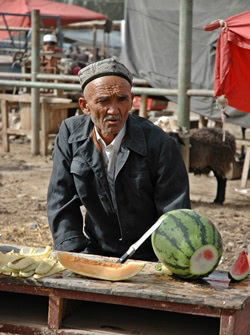 Street vendors should be allowed to exercise their economic rights, made explicit in the Universal Declaration of Human Rights and other normative frameworks at the international and national levels. Many constitutions guarantee the right to work and/or the right to carry on a trade or business, and street vending organizations have successfully argued in courts of law that governments cannot violate that right by banning street trade.

Proponents of economic liberty argue that outlawing street vending violates principles of free and open competition in addition to individual rights to work and non-discrimination.

Street trade generates controversy in urban planning debates. Many cities experience cycles in which local authorities tolerate, then regulate, and then evict street vendors in accordance with economic trends, election cycles and other urban management pressures. In Latin America, strategies of entrepreneurial urban governance, guided by market-oriented principles that view cities as competitors for foreign investment and “world class city” status, have led to the eviction of street vendors from downtown historic centres (Middleton 2003). In cities across Africa, street traders are subject to ongoing “low-level harassment” informed by colonial approaches to urban governance (Skinner 2008). In all regions, street traders have been evicted en masse to make way for mega events.

These approaches assume that street vendors are a negative force in cities. Some argue that tolerating street vendors is costly because city governments fail to collect enough revenue from vendors to cover the cost of enforcing vending regulations. Others contend that street vendors contribute to vehicular congestion and pollution by crowding busy thoroughfares and slowing traffic. Some street markets are known for criminal activity, from theft and other forms of petty crime to the sale of illegal goods and services. Finally, city officials and residents complain of uncollected trash and untreated wastewater in areas where street vending is concentrated. 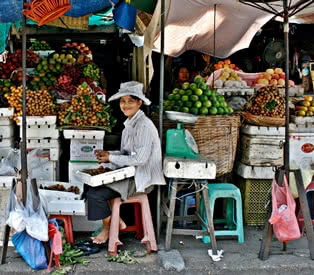 Alternative approaches to urban governance treat street vending as an integral, permanent feature. Accordingly, it is poor management that generates problems of congestion and pollution. Street vending, it is argued, contributes to the economic, social, and cultural life of a city by offering a dependable retail outlet for a wide range of affordable goods, including fresh produce, prepared food, school and office supplies, clothing, hardware, and electronics. Because street vendors sell affordable goods in small quantities, they offer the poor customer access to otherwise unaffordable goods.

They also represent a major attraction for foreign tourists looking for an authentic experience. Street food, in particular, has generated a substantial following among Western tourists.1  Buying street food or locally made handicrafts in a bustling open-air market allows tourists and residents to experience the vitality of public life in global cities. Outside of big cities, street vendors represent a vital part of a country’s retail distribution network, particularly in the more isolated areas, and can contribute to macroeconomic goals of market competition and control of inflation.2

In addition, some argue that street vending actually saves cities money by enabling the working poor to generate jobs for themselves, whereas without this opportunity they may become further dependent on city services or turn to criminal activities in order to survive. Street vendors generate jobs not only for themselves, but also for others. In busy street markets, porters or trolley operators are needed to transport merchandise to and from street stalls, for example. Night watchmen are sometimes hired to protect vendors’ merchandise overnight. Some street vending associations may pay security guards or sanitation workers to help keep their markets safe and clean for customers.

Moreover, with regard to pollution and crime, research shows that street vendors themselves are often not the source. On the contrary, conscientious vendors work hard to keep their stalls clean and to provide the “eyes and ears” to help deter crime in the streets.3  The famous story of the New York City street vendor who foiled a bomb plot offers a colourful example, but vendors’ contributions to public life are more subtle and commonplace in the everyday life of cities.

From this point of view, urban environments thrive on an appropriate mix of formal and informal businesses. Rather than encourage informal street traders to transform themselves into off-street traders – further saturating an already competitive retail market – city governments should provide incentives for different and complementary kinds of businesses to coexist. Doing so would recognize the different kinds of risks that different entrepreneurs face and provide mechanisms to help both formal and informal businesses mitigate those risks.

Where street vending is viewed as an asset, cities have adopted more inclusive urban planning approaches.

Street vendors who sell prepared food play a unique role in the life of cities and typically fall under a different set of rules than vendors of non-food products. In most cities, street food vendors are required to obtain permits from the local government’s public health division, and typically they are subject to periodic inspections. Street food vendors in many cities receive training from officials to help reduce public health risks. The range of street food available in cities all over the world runs from simple snacks to made-to-order meals.

A recent street food renaissance in North American and European cities has sparked intense interest among consumers and vigorous new debates regarding the proper role for city government in regulating street vending. This street food movement emerged in part out of an economic recession that made it difficult for entrepreneurs to afford start-up investments in brick-and-mortar restaurants. While vendors of hot dogs, pretzels and the like have been in the streets for decades, the recent movement has incorporated higher-end gourmet food trucks, as well as street food spin-offs from large restaurants.

As more and more chefs have entered the business of selling prepared food from carts and trucks, they have incorporated new communications technologies into their marketing strategies. The movement has led to the development of web-based tools to track the real-time location of street food carts and vans serving professionals in the heart of Washington, DC (see www.foodtruckfiesta.com). The passionate support for the food truck movement among consumers in several US cities reflects both a need for readily available meal options for workers and a particular enthusiasm for the urban street food culture.

For a global overview of arguments for and against the existence of street vendors, see Ray Bromley (2000).

1 Dozens of travel websites document Western tourists’ enthusiasm for street food in the Global South. For one example among many, see 11 Delicious Street Foods From Around the World.

3 After spending five years with street vendors in New York City, sociologist Mitchell Duneier concluded that “not only do the vendors…abide by codes and norms; but mostly their presence on the streets enhances the social order. They keep their eyes upon the street, and the structure of sidewalk life encourages them to support one another” (Duneier 1999: 43).