In Bulgaria, the Trade Union of Self-employed and Informal Workers (UNITY) has made significant gains advocating for homeworkers' labour rights using Convention 177 on Homework and  the ILO reporting mechanism. 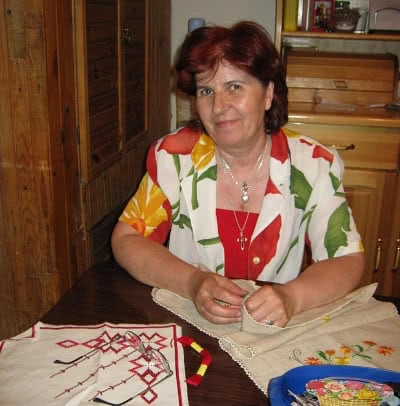 Homeworkers in Bulgaria began to organize in the 1990s. In 2002 they formed the Home-Based Workers’ Association (HBWA). The HBWA was the driving force behind Bulgaria’s ratification of ILO Convention 177 (C177) on Homework (Spooner 2013).  Responding to pressure from HBWA and trade union allies, in particular the federation CITUB, the government ratified the Convention in 2009 and a “National Agreement on the Regulation of Homebased Work” was signed. The Labour Code, the statute that regulates labour relations in Bulgaria, was amended.

The fight for implementation of C177

In 2014, the HBWA founded UNITY.  Their status as a registered trade union gives them formal recognition by the ILO. Later that year, supported by WIEGO, UNITY sent a letter to the ILO Committee of Experts on the Applications of Conventions and Recommendations (CEACR), registering its concerns. The letter stated that despite ratification of C177 and amendments to the Labour Code, the situation of homeworkers remained unchanged. UNITY reported that it had initiated discussions with the Ministry of Labour and Social Policy government on a homeworker policy. The Ministry was refusing to meet. It maintained that homeworkers are independent contractors who fall outside both C177 and of the Labour Code, This, however, fails to acknowledge that homeworkers receive orders from intermediaries, workshops and factories.

Finally, the letter said homeworkers are paid piece rates that fall well below the statutory minimum wage, in contravention of C177. The CEACR requested that the Bulgarian government respond to the letter in its next report, which was due four years later, in September 2018.

When the next reporting deadline arrived, WIEGO helped UNITY submit its own report to CEACR on the government’s non-implementation of C177. UNITY argued that the National Agreement defined homework to include two categories:

Work at home is one that meets the following conditions and shall be performed:

(1) By an employee under an employment contract with the employer;

(2) By a person called an outworker in his home or in another room of his choice different than the workplace of the employer.

When the Labour Code was amended, however, a definition of homework was not included. Consequently, the rights and protections outlined in Section VIIIa “Additional Conditions for Work at Home” apply only to the first category of homeworkers who have an employment contract and exclude the industrial outworkers that C177 aims to protect.

In its efforts, UNITY paid particular attention to Article 9 of C177, “Enforcement and remedy”. Article 107(b) of Bulgaria’s Labour Code states that:

(3) Employers shall keep records of each employee working at home.

(4) Upon request, employers shall provide the General Labour Inspectorate Executive Agency with the information referred to in Paragraph (3).

UNITY raised problems with the government’s interpretation that an employee is someone who has an employment contract, which means that employers are not required to keep a record of homeworkers in their supply chains in the absence of an employment contract. WIEGO’s research found that at most, employers keep a notebook with lists of homeworkers — their first names only — and the number of items they are producing. Homeworkers do not sign any document, and there is no record with their full names or details; they are, therefore, invisible and enforcement is impossible.

Further, homeworkers worry that it is impossible for them to prove they are working for employers without any documentation and fear that if they take photos of their products as proof, they will lose their work. Another very real fear is that the labour inspectorate may inspect the homeworker’s premises and in the absence of a contract of employment, fine the homeworker and confiscate the goods. Moreover, there is concern that inspection will lead to banning, rather than protecting, homework.

UNITY argued that the onus should shift to the employer to have to prove that there is not an employment relationship. Member states such as South Africa have rebuttable presumptions that homeworkers are employees (for example if the employer provides materials, determines the price, etc.) and employers carry the onus to prove that homeworkers are not employees. UNITY concluded its report with a set of clear demands, including that the Bulgarian Tripartite Council should establish a C177 working group to identify the legal and practical obstacles to implementation of the Convention. Unity should be part of such a working group, as C177 compels government to consult with “organizations concerned with homework.”

The CEACR used UNITY’s report and WIEGO’s research as the basis of its comments and questions to the Bulgarian government. CITUB, the trade union federation, initially supported the government position, namely that homeworkers are independent contractors unless they have employment contracts. Once the CEACR asked CITUB to respond to UNITY’s report, however, CITUB changed its position to support UNITY’s argument that the legislation does not reflect the national agreement that was signed in November 2018.

The CEACR’s comments to the Bulgarian government concluded:

The Committee requests the Government to provide detailed information on specific steps taken or envisaged to ensure equality of treatment between homeworkers and other workers, including by consulting the social partners concerned with a view to identifying homeworkers in an employment relationship, within the meaning of Article 1 of the Convention, who should be benefiting from the protections afforded by the Labour Code. Further recalling that paragraph 13 of the Home Work Recommendation, 1996 (No. 184), provides that minimum rates of wage should be fixed for home work in accordance with national law and practice, the Committee asks the Government to reply in detail to the observations raised by UNITY in relation to the low level of wages earned by homeworkers.

The Committee requests the Government to provide detailed information concerning the measures adopted or envisaged to improve the situation of homeworkers, and to identify the employers’ and workers’ organizations that have been consulted with regard to the development, implementation and review of such measures.

Whereas the Ministry of Labour and Social Policy would not meet UNITY before, the CEACR’s “requests” shifted the relationship between UNITY and the government, and UNITY now has the ear of the Ministry.

UNITY continues to leverage its stronger relationships with government to benefit informal workers. During the COVID-19 crisis, UNITY advocated for support for informal workers, and in June, the government agreed to a substantial emergency cash grant.