Helping Households Work Around the World

More than 60 million domestic workers around the world provide essential services so others can work outside their homes, keeping markets and economies working globally. Most, though not all, domestic workers are women and the vast majority are from the poorer sections of society.

What Domestic Workers Do

Domestic workers provide a range of services in private homes: they sweep and clean; wash clothes and dishes; shop and cook; care for children, the elderly, and the disabled; they provide gardening, driving, and security services. Some live on the premises of their employer. Others work part time, often for multiple employers.

Women are concentrated in cleaning and care services, while men tend to have the better paying jobs as gardeners, drivers, or security guards. 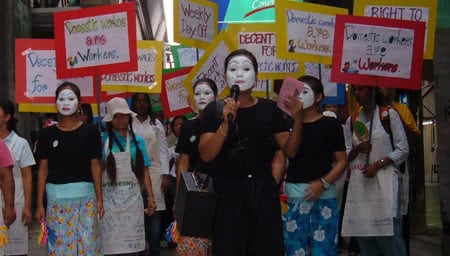 The ILO (2015) estimates 67 million people are employed as domestic workers globally. This number is steadily growing worldwide. In 2010, conservative estimates found 52.6 million people doing this work, accounting for 3.6 per cent of global wage employment (ILO and WIEGO 2013). However, since domestic workers are undercounted in labour force surveys, the numbers could be far higher.

In 2010, domestic work was highest as a percentage of total employment in Latin America and the Caribbean (7.6 per cent) followed by the Middle East (5.6 per cent).

As a percentage of women’s wage employment, the greatest proportions are found in Latin America and the Caribbean and the Middle East (ILO and WIEGO 2013).

However, in very few countries are more than 1 per cent of men employed in domestic service.

It is difficult to define, classify and tabulate data on domestic workers. WIEGO’s Statistics team has identified Challenges of Measuring Domestic Workers.

The ILO Global Estimates on Migrant Workers (2015) reports more than 150 million workers worldwide are international migrants (accounting for 72% of the total international population of working age migrants). Women and girls make up almost 67 million of these workers ─ and one in six is a domestic worker. The biggest host regions for migrant domestic workers are:

Arab countries employ millions of migrant domestic workers. In Saudi Arabia in 2008, there were about 1.5 million domestic workers (Human Rights Watch 2008)─most came from Indonesia, the Philippines and Sri Lanka.

In Latin America, according to the United Nations Population Fund 2006, domestic workers (most women) account for up to 60 per cent of internal and cross-border migrants. Women migrants from Mexico and other parts of Latin America make up most of the domestic workforce in the USA, accounting for 58 per cent of workers in personal and related services in 2000.

The ILO estimates that globally, as many as 7.4 million children under age of 15 work in domestic service, especially in the developing world. They are particularly hidden and among the most difficult to survey (ILO and WIEGO 2013). 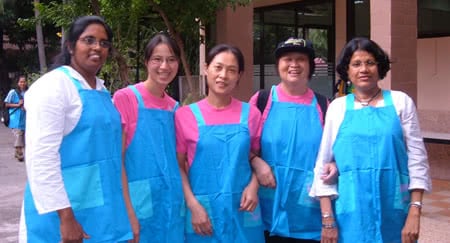 Compared to most other wage workers, domestic workers tend to have lower wages, fewer benefits, and less legal or social protections. Very few domestic workers have labour contracts. They usually have no maternity leave, health care or pension provision.

In many countries they are completely excluded from labour law and social security protection, or inferior standards apply. Even where protective laws are on the statute books, they are frequently ignored by employers and not enforced by authorities.

Why Women Do This Work

Many factors lead women to enter domestic work. Women from poor households or disadvantaged communities often have few employment opportunities, and may face discrimination based on gender, caste or class, race or ethnicity. Cleaning, cooking, and caring for children and the elderly is almost universally regarded as women’s work, so men rarely compete in this job market.

Demand for domestic services is growing due to demographic, social and employment trends. These include women working outside the home, a decline in public provision of care services, and the disappearance of extended family support. Affordable domestic workers free up other women to work outside the home.

The ILO, in its Global Estimates on Migrant Workers(2015), reports that aging demographics, particularly in European and North American countries, have caused an increased need for domestic workers who help care for elderly people.

Also, rural poverty has increased in many countries. Young women, in particular, migrate from rural areas to cities or from lower income to higher income countries in search of employment.

Most domestic work is informal, performed outside of labour regulations and social protections. To borrow the title of a 2010 Social Law Project Conference in South Africa (and subsequent publication), domestic workers are “exploited, undervalued ─ and essential.”

Several common features of domestic work set it apart from other types of paid work.

Because domestic workers are employed in private homes rather than firms or enterprises, they can be invisible as workers and isolated from others in the sector. They are dependent on the good or bad will of their employer. Despite the concept of the home as “safe haven”, growing evidence suggests domestic workers are exposed to a range of unhealthy and hazardous working conditions.

Domestic workers often have a personal, intimate knowledge of their employers, but the relationship is highly unequal, leaving many domestic workers vulnerable to verbal, physical, or sexual abuse. Often differences in race, class, and citizenship increase this inequality.
Also, most of the tasks involved in domestic work are seen as “women’s work”, so are considered of low status and value. Tasks such as gardening, driving, or guarding have higher status and are typically done by men.

Finally, a widespread perception that labour standards cannot be enforced in private homes means many employers do not comply and the government does not enforce labour laws regarding wages, benefits, and working conditions. (See Policies & Programmes, below.)

According to the International Domestic Workers' Federation, some face multiple forms of violence: physical abuse, intimidation, threats, bullying, sexual assault, harassment, being provided poor-quality food and a lack of privacy. Severe instances of violence, including murder, have been documented.

Migrant domestic workers often live in the employers’ home, facing not only the challenges of live-in domestics but also abuses within the recruitment system and from police and immigration authorities, including advance commission fees, withheld wages and passports, and verbal, physical, or sexual harassment. Severe instances of violence, including murder, have been documented. To protect migrant domestic workers, laws and regulations are needed at the international level and in both sending and receiving countries.

Trafficked domestic workers face the challenges of migrant domestic workers, but these are compounded by the “extra-legal” operations of their recruiters and the near-bondage conditions they may live in. Some recruiters keep the workers’ passports.

It is likely these patterns would be observed in other regions of the world if data were available.

In some cases, domestic workers are hired by third-party agencies, which are technically the employer; however, an agency may see its role only as negotiating the placement, not overseeing working conditions. In other cases, agencies act only as “brokers”. Sometimes agencies are linked to criminal activity and charge domestic workers a lot of money, promising services that are never delivered. 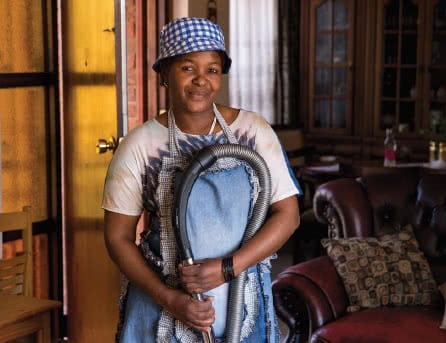 Domestic workers are not always covered under labour laws and social protection policies/schemes. Even where they are covered by laws, they may not be covered in practice. Implementation and enforcement is weak or non-existent, and the private households/individuals who employ domestic workers may not pay into payroll taxes or collect income tax.

Few domestic workers have labour contracts or social protection and women in domestic work tend to be in a worse position than men.

Many domestic workers do not know what benefits and protections they should get in exchange for taxes paid and contributions made. Migrant workers face particular challenges leaving them with little legal protection, especially if they are undocumented or have been trafficked.

For a full discussion on the legal and policy challenges for domestic workers, see Domestic Workers and Law.

Domestic work has begun to receive the attention it deserves. Several countries have introduced new laws, policies, or schemes to protect domestic workers and regulate the sector. They include:

Some countries, including Ireland and Uruguay, have also passed legislation mandating the inspection of private households (ILO 2010).

In 1948, the International Labour Conference (ILC) recognized the need for a special international instrument for domestic workers. For decades, however, no such instrument – convention or recommendation – was introduced.

That began to change in 2007, when a coordinated global effort by domestic workers and their organizations led to the adoption of the Convention Concerning Decent Work for Domestic Workers (C189) and accompanying Recommendation at the 100th International Labour Conference (ILC) in Geneva in June 2011.

For more information about the journey to this historic moment, and the ongoing efforts to secure rights for domestic workers worldwide, read the Campaign for a Domestic Workers’ Convention and "Yes We Did It!" an account of how the historic Convention was achieved.

Most domestic workers are not organized into trade unions and have no representative voice. Although this is beginning to change, organizing domestic workers is not easy. In some countries, they are not allowed to join trade unions. Even where they have the legal right to organize, it is not easy because they are isolated and vulnerable. The nature of the worker-employer relationship makes it difficult to negotiate collective bargaining agreements with their employers.

Despite these challenges, domestic workers have made great strides in organizing. The global movement toward ratification of C189 in 2011 provided impetus at the local level for organizing. In 2013, the International Domestic Workers’ Network transformed itself into the first global union organization in the world run by women: the International Domestic Workers' Federation (IDWF).