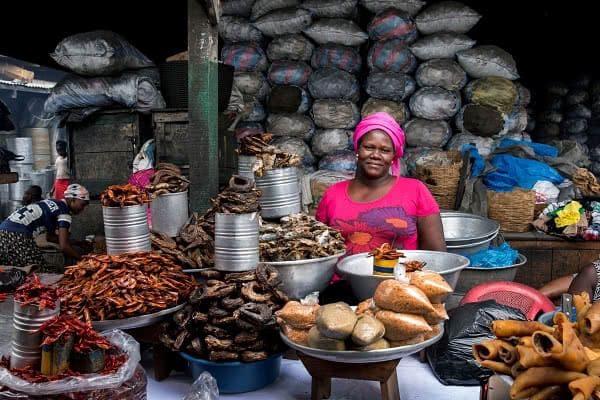 A 10-city study on three continents offered great insight into the grounded reality of waste pickers, street/market traders and home-based workers, including their contributions, challenges, and how governments and other players help and hinder their work. The study, led by WIEGO, was done in partnership with informal workers' organizations. And the results helped them leverage positive outcomes.

In-depth study into the grounded reality of informal workers

The Informal Economy Monitoring Study (IEMS) evaluates the realities that informal workers face across 10 cities (below). Qualitative and quantitative research done in 2012 combined to offer an in-depth understanding of how home-based workers, street vendors, and waste pickers are affected by economic trends, urban policies and practices, value chain dynamics, and other economic and social forces.

The study also examines contributions made by urban informal workers, their linkages to the formal economy, and which governments, institutions, and membership-based organizations help or hinder their work and lives.

The 10 cities (with links to IEMS Reports):

Find all the IEMS reports and advocacy materials.

The IEMS was led by WIEGO in consultation with its partners, the MBOs and support organizations who were part of the Inclusive Cities project. A Technical Advisory Committee of experts on the informal economy and on research methods provided ongoing support. Research methods were designed and honed in 2011-12, and research involving focus groups and surveys was undertaken in 2012.

City reports, sector reports and briefs were produced to showcase the research findings. Find them at at the links above.

In April 2012, 40 researchers and 10 MBO coordinators from the study cities underwent intensive training in  research methods at a workshop in South Africa. This helped researchers learn to pilot the qualitative and quantitative methods with focus groups.

All cities conducted pilot surveys and interviews during  2012 and then began field research.

In November 2012, 46 participants took part in a data analysis training workshop in South Africa, and worked jointly on analyzing the first round of data, . Participants worked in their city teams to begin analyzing the data collected between June-October 2012. At the conclusion of the workshop, each city team submitted their work plan to the IEMS Technical Advisory Committee (TAC). Advocacy and dissemination strategies were discussed.

Much of the focus was on how to integrate qualitative and quantitative data. Caroline Moser of the University of Manchester, special advisor to the project, and her colleagues brought their experience in participatory methods to the facilitation of the training on qualitative data analysis.