On March 24, with just four hours notice, India went into a 21-day lockdown. The abrupt lockdown triggered a massive humanitarian and migration crisis as workers scrambled to get home. The lockdown has led to a massive loss of livelihoods with no informal workers in Delhi – street vendors, domestic workers, carpenters, autorickshaw drivers, etc. – allowed to work. Police patrol the slums to ensure people stay inside and there have been reports of arbitrary police harassment, including of shopkeepers selling essential goods and services.

More about the situation in Delhi for informal workers, and the response

Street Vending in Times of Covid-19: A Manual and Posters for Street Vendors in Delhi

Home as place of work: Locating the home-based workers of Delhi

We regularly post about workers and their issues in the Delhi Diary.

In 2021, a new Master Plan for Delhi will come into force that will determine the broad parameters of city development for the next two decades. In a unique initiative, Focal Cities Delhi put together a broad-based coalition of groups and individuals to demand that issues of livelihood, gender and habitat for the urban poor are adequately addressed in the plan.

The Delhi Master Plan Coalition has defined a platform for taking the effort forward. Partners decided to open up the process more broadly in the hopes of building a larger grassroots movement. Community meetings, crowdfunding and a campaign—“I Too am Delhi”—are part of the plan. The campaign’s core message: “The aim is to speak about the whole city and all urban issues, even as we remain rooted and focus on our core issues of workers and those excluded from the current imagination of urbanization.”

Focal City Delhi will work with its partners to influence the urban agenda for Delhi and the Master Plan Campaign. Read why Delhi’s Master Plan matters to informal workers.

Workshop for Sharing and Capacity Building of Waste Pickers in Delhi

Over the past two years, WIEGO has helped develop and support a platform of waste picker organizations from across Delhi called the “Delhi Roundtable on Solid Waste Management”. In 2018-2019, the platform conducted a city-wide campaign for recognizing waste pickers and providing them with identity cards. Community meetings and a public hearing were held.

The Delhi Roundtable on Solid Waste Management has nine organizational members and aims to strengthen their organizing capacity. In March 2019, a learning exchange brought together 80 waste pickers and 20 organizers from four organizations across Delhi. Waste pickers raised their issues and worked together to plan for 2019-20. In the next year, the Roundtable will expand the scope of grassroots organizing work through field visits and learning meetings among its members. They will also hold more community meetings on the solid waste management rules established in 2016 and to engage in research and publicity to gain attention for their issues and demands.

FCD works to build the knowledge base about urban informal employment at both the local and global levels.

In 2018, FCD – in collaboration with the National Institute for Urban Affairs (NIUA) – organized a 2-day workshop: “Making Cities Work for All: Integrating the Informal Economy”.

FCD is also seeking to stimulate a dialogue around the upcoming Delhi Master Plan (2021-41) by bringing together urban planners, activists and worker groups, in order to place the issues of informal workers at center stage. 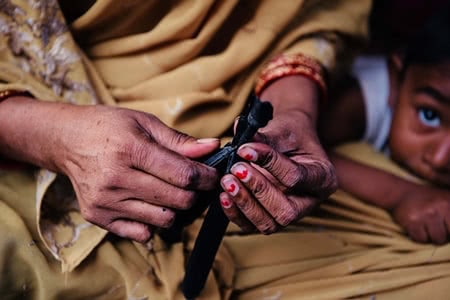 In 2017, FCD organized a city-level workshop on Child Care for Informal Workers. In 2018, FCD is partnering with FORCES Delhi on a city-wide child care campaign aimed at increasing focus on the child care needs of informal workers. The campaign promotes public investment in quality child care services through engagements between MBOs, child care coalitions and local and state governments.

In 2018, FCD, in collaboration with the Alliance of Indian Waste pickers (AIW) and the Indo-Global Social Service Society(IGSSS), created a platform for waste picker organizations called the "Delhi Roundtable on Solid Waste Management". The goal is to advocate and organize around the Solid Waste Management Rules (2016) and work towards inclusion of waste-pickers in the waste management systems of the city.

Following the implementation of the Street Vendors Act (Protection of Livelihood and Regulation of Street Vending), 2014; the city of Delhi has recently held elections for Town Vending Committees (as prescribed in the Act). FCD is working with the National Association of Street Vendors in India (NASVI) to build capacities of street vendor members of the TVCs.

In 2017, FCD, in partnership with the Institute of Social Studies Trust (ISST) and Friedrich Ebert Stiftung (FES) India, conducted a scoping study in four locations in Delhi to estimate the extent of home-based work, their status in employment, the nature of their activities and products, and the related issues and challenges they face. In 2018, a 2nd round of study is planned in two additional locations.