In Mexico City, more than half of the 9.4 million people in the labour force work informally, according to 2019 official statistics. WIEGO's Focal City team works with organizations of street and market vendors, recyclers, domestic workers, mariachi musicians, artisans, shoe shiners and more to help them build capacity to advocate for their economic and human rights.

In May 2020, the Mexico City government launched a cash transfer program for non-salaried workers (a legal category in Mexico which covers most of the groups WIEGO works with, including shoe shiners, mariachi musicians and others). This government action followed advocacy from WIEGO and non-salaried workers, who also staged a protest out front of city hall.

Although this was a welcome development, there have been several issues with delivery. First, the digital system set up by the city was not adequate for workers to register, so they had to adjust to an in-person system. Next, questions arose about whether the transfer covered those who work in Mexico City but lived outside the city (it didn't). Many activists (including WIEGO) raised doubts about whether or not the amount of the transfer is enough for subsistence.

Tania Espinosa, who coordinates WIEGO's Focal City work in Mexico City, explores these questions and nuances in this article (in Spanish),  published in Mejores Empleos. Her insights show that securing commitment to a cash transfer is just a first (and uncertain) step to ensuring workers get the support they need during the immediate crisis.

In Mexico City we are engaging in discussions with allies not only about how to improve the current cash transfer system, but how to develop an advocacy roadmap around a guaranteed minimum income that would outlast the crisis.

In Mexico City, thousands of waste pickers work daily keeping the city clean, collecting waste from residents and recycling reusable materials. This work is essential to maintaining a healthy city, especially during the COVID-19 crisis. Los Rifados de la Basura Campaign calls on the public and the authorities take steps to help these waste workers and recognize their contributions.

Mexico City with its new, progressive Constitution (which includes the concept of the right to the city and recognizes non-salaried workers as workers), presents unique opportunities to mobilize informal workers in diverse occupations around their needs.

Since 2017, Focal Cities CDMX has been working with a variety of groups in the city – including research institutions, activists and membership-based organizations (MBOs) of informal workers. The occupational groups WIEGO works with in CDMX include (but are not limited to): street vendors, market vendors, recyclers, domestic workers, mariachi musicians, artisans and shoe shiners. The current work builds on WIEGO's “Voice Project” (2011-13), which aimed to foster dialogue between workers and government officials. 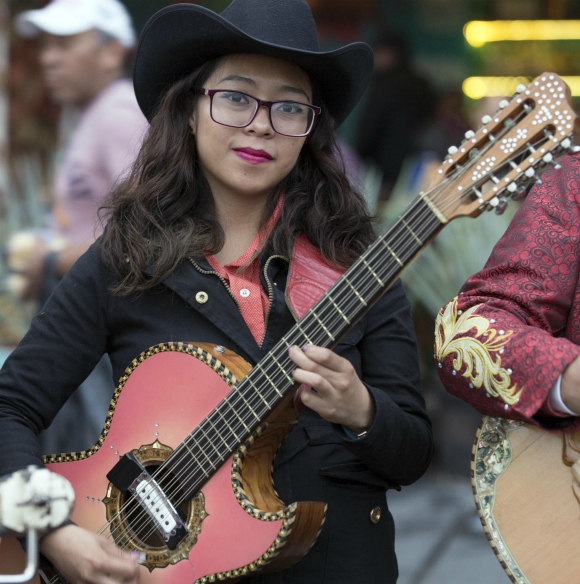 Progress and new resources for the domestic worker movement

In December 2019, the team held a press conference together with representatives from the Mexico City Human Rights Commission, SINACTRAHO, Hogar Justo Hogar and the Secretary of Labor (STyFE) to launch the resources (see full video of the press conference on Facebook).

The CDMX team also commissioned a case study on the history of the domestic workers’ movement in Mexico, which is now being finalized, and will become a WIEGO resource document. SINACTRAHO hopes the piece will serve as a touchstone for new members of the movement to learn about the movements’ history of organizing and struggle.

A video advertisement, developed together with CACEH, aired on prime time television. It celebrates the accomplishments of the movement and promotes the work.

In November 2019, FC CDMX partnered with partners ILSB, SINACTRAHO, CACEH and Monte de Piedad to host a regional exchange of Latin American domestic workers. Leaders from the region came together to learn from the Mexican experience on social protection.

WIEGO's Mexico City team and its partners are working with the Council to Prevent and Eliminate Discrimination in Mexico City (COPRED) to conduct a positive image campaign on informal workers. The campaign uses the hashtag #TrabajoInformalEsTrabajo (Informal Work Is Work). 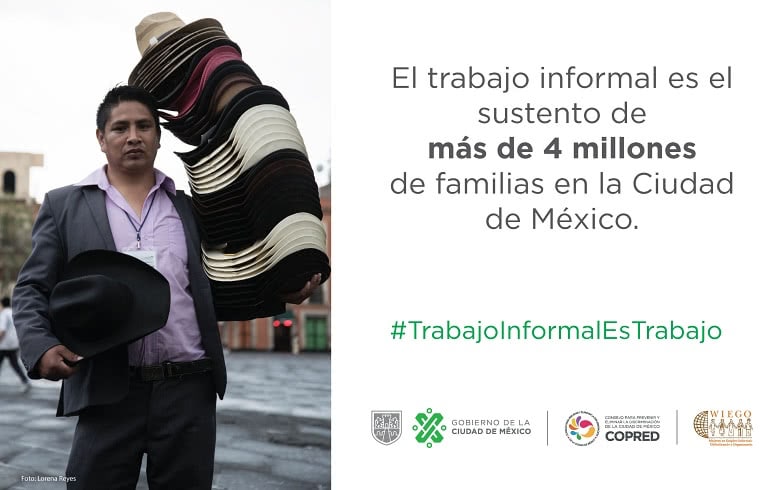 The campaign is a huge step forward in raising public awareness about the contributions of informal workers in Mexico City. It grew out of the 2018 initiative by a cross-sector group of informal worker leaders to develop a platform of demands. After workers took part in a week-long series of activities and workshops, COPRED compiled an updated, more detailed platform for inclusion in Mexico City and worked with Focal City CDMX to create a positive image campaign.

The campaign kicked off with a press conference on May 6, 2019, where the platform was disseminated. Plans include a series of videos, a social media campaign and a photo exhibition to be displayed at COPRED headquarters and potentially at other locations throughout the city. (Photo credit: Lorena Reyes)

The Focal City team has been meeting with the mesa of non-salaried workers on a weekly basis for over a year to discuss and revise, article by article, the existing regulation for non-salaried workers (in place since 1975). The team initiated this work (with support from WIEGO’s Law Programme) with the mesa, anticipating that the adoption of a new Constitution would be followed by the development of secondary legislation at the city level to translate Article 10 into law.

In April 2019, the congress of Mexico City announced that they would be opening public consultations to source citizen input on the impending secondary legislation, with the aim to have a legislative proposal ready for a vote in the Mexico City congress in September of this year. Because of ongoing work over the past year, they are ready to participate in the consultative process, with a fully developed proposal. The proposal maintains many aspects of the existing regulation but expands on and modifies it in two significant areas: eliminating discriminatory elements, and extending social protection.

The mesa representatives, accompanied by the FC Mexico City team, presented the proposal to the public during a press conference on April 30. Workers expressed to the government that they are prepared and expecting to be engaged in the consultations. As they explained: “We received the invitation, we did our homework and we are ready to participate."

Held in June 2018, this event created a space for dialogue and discussion between informal workers who perform their activities in the public space and activists of groups of pedestrians and cyclists whose mobility agendas sometimes clash with the right to work in public space. Workers from various occupational groups, such as street-vendors, shoeshiners, organ-grinders, waste pickers and tianguistas (market vendor) met with different groups representing pedestrians and cyclists.