Street Vendors and the Law | WIEGO Skip to main content

Street Vendors and the Law

Street vendors are an integral part of the world's urban economies, contributing to vibrant retail markets and providing an array of affordable, accessible goods and services to urban consumers. Street vending also provides a livelihood for those who have few employment options, including migrants and internally displaced people.

For more on the size and significance of the street vending population, their contributions and challenges, see Occupational Groups: Street Vendors.

In many cities, the legal and regulatory environments governing street vending impede, rather than enable, the development of a healthy informal sector in which street vendors can meet the demand for their products.

Street vendors may work from a fixed location (such as a kiosk or sidewalk table) or they may be mobile. Some combine fixed and mobile vending. Each type of work involves different regulatory challenges. Local permitting laws may restrict market entry. Zoning ordinances often restrict street vendors to areas that are inconvenient to both vendors and their customers.

The regulatory regimes governing where, when, and how vendors may work are often inconsistent, contradictory within a single area, or inconsistently enforced. Street vendors in many cities are forced to pay bribes or excessive fines/fees in order to work.

Resources on this site will help street vendors, their organizations, lawyers, researchers, advocates and policymakers understand the legal challenges around street vending. Some models for addressing those challenges can be found here, too. 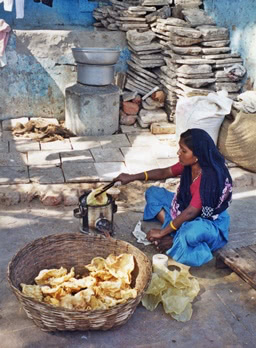 The Bill has several provisions to protect livelihood, social security and human rights. However, it is not perfect─for example, its participatory provisions for street vendors in local decision-making bodies are weaker than in the National Policy, and it delegates many of the lawmaking duties to state or municipal governments. Nonetheless, it represents an important step in recognizing street vendors as important members of the urban economy, and in guaranteeing them consideration and representation in urban planning processes.

News on Street Vending and the Law