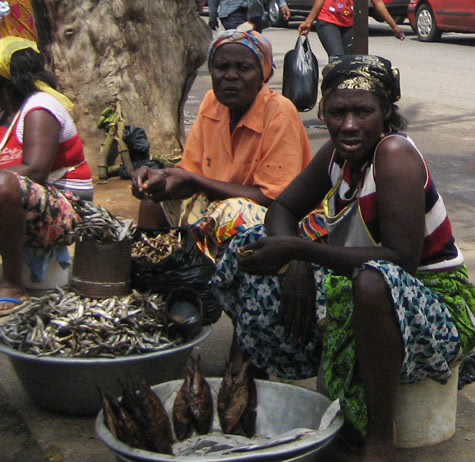 For a decade, WIEGO has worked closely with StreetNet International, which supports its local/national affiliates in promoting and protecting the rights of street and market vendors and increasing their voice and bargaining power. The project built on and reinforced these growing relationships.

Street vendors, informal market vendors and hawkers, the majority of whom are women in most countries, belong to one of the most marginalized groups in the economy. They live in extreme poverty, at a survivalist level with no income security, suffering daily harassment and a poor health situation, often dependent upon child labour, and in some countries experiencing the heavy impact of the HIV/AIDS pandemic on their families.

This collaborative project built the organizational strength and bargaining, negotiating and advocacy capacity of StreetNet affiliates and assisted them in achieving their goals for supportive urban laws, regulations, and policies, as well as for adequate housing, infrastructure, and other essential services. It supported the development of StreetNet affiliates’ abilities to foster the official recognition of street vendors, informal market vendors and hawkers as workers.

Policymakers at the local, national and international levels received research findings, statistical data, and policy analysis to illuminate the issues faced by the urban working poor.
Membership-based organizations representing vendors also received the research and statistics, good practice examples, and policy analyses they require to help them pursue their activities and campaign objectives.

Further, the project enabled StreetNet to engage a third organizer. This position enhanced StreetNet's organizing capacity and focus attention on affiliate leaders’ understanding of the social solidarity economy, as well as lobbying and advocacy for inclusive pro-poor policies for the empowerment of informal traders by means of the New Manifesto Campaign.

Apart from planned activities such as workshops, leadership training for elected leaders and meetings with the target groups, the following more specific support activities were planned:

StreetNet affiliates undertook a broad consultation process with members and potential members using a questionnaire and discussion guide and by holding focus group discussions and a national forum, accompanied by media dissemination about the New Manifesto campaign and lobbying of municipal and national authorities. Main priorities were drawn up and forwarded to regional focal points for collection and crystallization.

Project activities were designed to produce strategic results in areas such as accountability and developing an informed and involved membership.

StreetNet International and some of its affiliates (as of August 2012, StreetNet had 48 affiliated organizations in 40 countries)