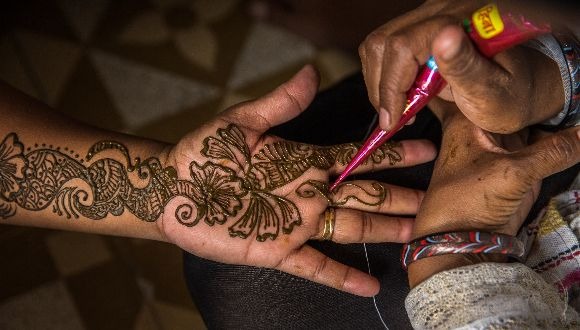 For 13 weeks, in 2017, the unthinkable happened for informal workers: they captivated audiences across Northern India by bringing the public inside their grueling work lives.

Week after week, workers labouring as street vendors, waste pickers, domestic workers, construction workers, and home-based workers shared their dreams and aspirations and the challenges they face in the city. The radio show brought visibility to informal workers and their work in the city, and, importantly, provided a platform for them to publicly discuss their issues using their own voices – a rare occurrence.

The radio show brought visibility to informal workers and their work in the city, and, importantly, provided a platform for them to publicly discuss their issues using their own voices – a rare occurrence.

Ahmedabad, India: Choral Mauladia poses near by her cart where she sells vegetables at a local market. Street vendors face a number of difficulties, including harrassment from local officials and displacement by urban development projects. Given these threats, Choral joined the Self Employed Women's Association (SEWA), a trade union that works to secure the rights of workers in the informal sector. Photo: Paula Bronstein/Getty Images Reportage

The programme took on issues rarely discussed in India’s mainstream media and gave the workers themselves an opportunity to speak about their experiences and work lives firsthand. The episodes were in Hindi, but highlights from the discussions include:

The radio episodes have been an important opportunity for India’s invisible workforce to gain a public voice, especially for the many women workers. Shalini Sinha, who interviewed the guests, says it was powerful to hear about the balancing act these women have to manage on a daily basis. 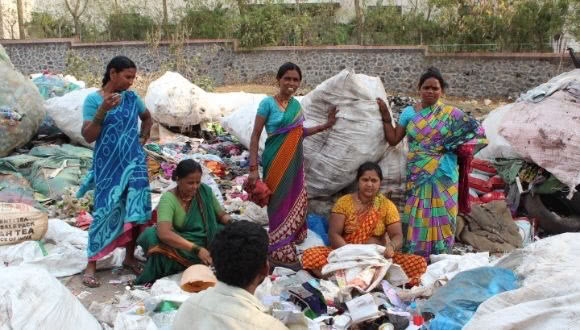 Interspersed throughout the 13-week run were interviews with grassroots experts and representatives from national alliances, trade unions, and South-Asia level organizations. These experts contextualized India’s informal economy, explained many myths these workers face, and highlighted the need for decent work for all.

Here are a few highlights of the discussion and the solutions they offered:

The "Tomorrow is Ours” programme brought greater visibility to the lives and struggles of urban informal workers in Delhi – and across urban India, for that matter – and outlined what steps can be taken to not only improve their situation but also work towards recognizing them as legitimate citizens and contributors with certain rights and entitlements. Shalini Sinha notes, “We hope this radio show leads to progress and impact for informal workers.”

Listen to the full radio programme (in Hindi) or learn more about our work in Delhi.

Feature photo: Ahmedabad, India: Bhavna Headod runs a popular beauty parlor from her home on the outskirts of Ahmedabad. She started the home-based business after receiving a micro-loan from the Self Employed Women's Association (SEWA), a trade union for poor, self-employed women in the informal sector, in 2010, and provides a convenient, affordable service to the women of the neighbourhood. The 3,000-4,000 rupees she earns a monthand up to double during wedding seasonis a vital part of her family's income. Photo: Pauline Bronstein/Getty Images Reportage