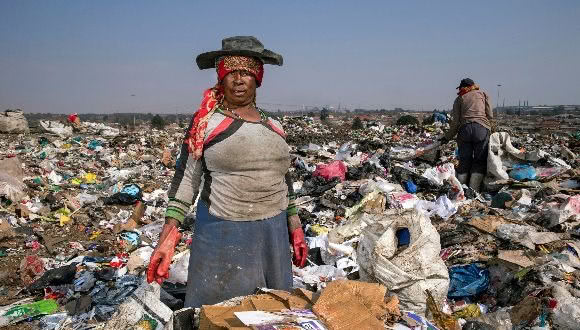 In city streets and markets across the Global South, street vendors have little protection from harassment, brutality, and theft. The perpetrators might be criminal gangs. Or, where insufficient regulation allows abuse of power, the perpetrators might be local authorities. In either case, vendors say police too often ignore their complaints.

Hidden behind the walls of their employers’ private homes, domestic workers are sometimes threatened, raped, or beaten, but have little recourse. Homeworkers, too, are susceptible to threats of non-payment from the intermediaries who contract them. And when their earnings are too low, these workers can experience violence at the hands of other members of the household.

Often, the urban working poor are perceived as the cause of violence, but ignored as the victims of violence.

What these victims of violence have in common is that they all work in the informal economy. While the public and private spaces where they earn income are not what is commonly considered “the workplace,” the violence and harassment they experience on the job is very real — and very persistent.

Low earnings, low status, dangerous or poor working conditions, and inadequate living conditions leave informal workers at a high risk of violence in the world of work. And it’s a reality that affects the majority of the world’s workers. According to the ILO’s latest statistics, 61 per cent of total global employment is informal; in developing and emerging countries, it’s closer to 70 per cent.

Their work is often dismissed as women’s work.

This massive global workforce is typically excluded from legislation meant to protect against harassment and violence at work. Delegations of informal workers participating in the International Labour Conference (ILC) (May 28–June 7) want to remedy that oversight.

ILC exploring violence and harassment in the world of work

"Violence and harassment against women and men in the world of work" is on the agenda for the first time at the ILC. This year, the Standard Setting Committee will hold discussions with a view to establishing a new international labour standard in 2019.

To compound the problem, informal workers are often excluded from protective legislation.

WIEGO’s delegation to the ILC includes informal worker leaders who will share the experience of violence and harassment in their occupational sectors — street vending, waste picking, and home-based work. Our ally, the International Domestic Workers Federation (IDWF), has brought a delegation to highlight, specifically, what domestic workers face on the job.

These informal workers’ organizations are calling for an international convention, supplemented by a detailed recommendation, concerning violence and harassment in the world of work — one that includes informal workers and their world of disparate workplaces and complex issues.

Read this Q&A about how informal workers prepare for the International Labour Conference.

Often, the urban working poor are perceived as the cause of violence, but ignored as the victims of violence. Widespread criminalization of informal work intensifies the issues these workers face. Authorities not only disregard the abuse of informal workers — they often perpetrate it by assaulting informal workers, demanding bribes, confiscating goods, or ordering evictions. Local authorities can be indirectly responsible for violence, too, such as when inadequate infrastructure (poor lighting, unsafe toilets and transport stations, and unsafe housing) fails to protect poor urban workers.

Gender plays a significant role in violence and harassment in the world of work.

And in the aftermath of violence, informal workers lack complaint mechanisms or cannot access justice because they simply can’t afford to pay legal fees or spend time away from work to seek recourse.

To compound the problem, informal workers are often excluded from protective legislation. In the majority of 80 countries reviewed by the International Labour Organization’s report on violence in the world of work, work-related violence and harassment provisions apply only to people in an employment relationship. And in many countries, certain categories such as domestic workers are explicitly excluded from labour laws.

To put it plainly, there are no labour inspections at landfills, on city streets, or in private homes.

Women are most susceptible

Gender plays a significant role in violence and harassment in the world of work. Women (and girls) are concentrated at the base of the economic pyramid, where earnings and status are lowest — making them particularly vulnerable.

The Informal Economy Monitoring Study (IEMS) — led by WIEGO — found street vendors in Ahmedabad, Durban, Lima, and Nakuru all reported being physically abused by local security forces — much of it “specifically targeting female traders”. In Nakuru, women street traders complained of being pressured to exchange sex for permission to vend in the streets.

Poverty is a kind of violence itself — and it can be a catalyst for violence, too.

The violence of deprivation

The violence and harassment experienced by informal workers can take different forms: physical, verbal, sexual, and psychological. But they also experience another form of violence: economic deprivation. The disruption caused by evictions, confiscation of goods, or prohibited access to productive resources and public spaces exacerbates poverty for informal workers.

Poverty is a kind of violence itself — and it can be a catalyst for violence, too. In the IEMS, home-based workers in Lahore, Pakistan, complained that a rising cost of living, unmatched by a rising income, caused “mental tension and quarrels” that led to violence. As one of them commented: “Anyone who has never been hungry cannot know what it is like.”

Setting a new, much broader standard

Complex problems like this require multifaceted solutions. An ILC standard on violence and harassment must consider the experiences of informal workers and expand the definition of workplace to include all the public and private spheres in which work is done. And it must hold accountable not only employers but governments — local as well as national — and owners of capital.

An ILC standard on violence and harassment must consider the experiences of informal workers and expand the definition of workplace to include all the public and private spheres in which work is done.

No longer can labour departments alone bear the responsibility for preventing and mitigating violence and harassment in the world of work — not when that world is so diverse and the perpetrators of violence so disparate and so powerful. Governments should be called on to devise a more pluralistic and coordinated response that involves a variety of services and functions. This must integrate, in particular, the urban authorities who control many informal places of work: streets, public markets, landfills, and the poor urban areas where informal workers reside. Governments will also have to develop effective protective legislation and regulations that go beyond labour law to incorporate administrative law and municipal by-laws.

Those changes will only be meaningful if steps are also taken to ensure informal workers have access to justice and affordable legal services.

Violence and harassment present serious impediments to decent work and secure livelihoods for all workers, but especially for informal workers. Their calls to be protected must no longer be ignored.

Download the Brief that WIEGO prepared for the ILC: "Violence and Informal Work."

Feature photo: SASOLBURG, SOUTH AFRICA: Waste picker Justina Mokoena collects valuable recyclables from the Boitshepi landfill. This reduces the volume of buried waste in the landfill and provides Alice with a much-needed income. She is one of 27 members in the Majakathatha Cooperative, run by women, who pool their collected recyclables. The women complain that they risk being assaulted by men who also work on the landfill. Photo: Jonathan Torgovnik/Getty Images Reportage.