Strategies for Street Vendors to Create “Public Space for All” 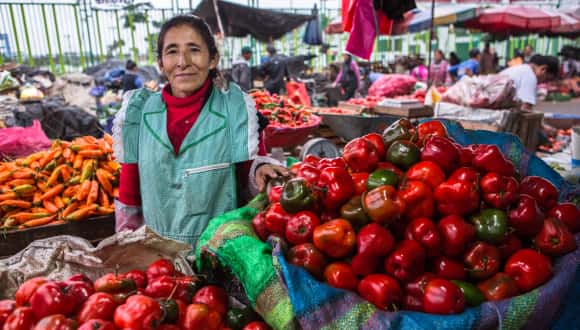 “I want to see an eviction-free city. I want to see them [street vendors] having a right to the city, where no government, no official, will harass them. But we have to do it under a regulation, even though we want access in the city — we want to operate in the city — we also believe that we have our own part to play.” - Anass Ibriahim, President of the Informal Hawkers and Vendors Association of Ghana

Street vendors in Accra, Ghana, have a singular desire: to be able to work free from the evictions, harassment, and fines that have become devastatingly commonplace in recent years. In the face of often violent exclusion, street vendors in Accra, such as Anass Ibriahim, have called upon the local and national governments for change, over and over again. They have consistently voiced their desire to work together to build a more equitable system, where fair regulations are clearly communicated and respected.

Watch, “Whose Space is Public Space? Street Vendors in Accra,” a video documenting IHVAG’s conversations with government officials about evictions.

Accra’s street vendors are not alone. In cities all over the world, these informal workers and their organizations are joining hands to defend their right to work in public space and asking their governments for fair, regulated access. In many cities this has become increasingly urgent, with the foreclosure of both physical spaces — as public spaces are privatized or restricted — and spaces for dialogue with city officials.

Accra’s street vendors are not alone. In cities all over the world, these informal workers and their organizations are joining hands to defend their right to work in public space.

Through WIEGO’s Public Space for All project — a combined effort between WIEGO and the Cities Alliance Joint Work Programme (JWP) on Equitable Economic Growth in Cities — a series of consultations between workers’ organizations, government officials, and other stakeholders was carried out in WIEGO’s five Focal Cities (including the Accra consultation documented in the video above).

Through these consultations, street vendor organizations and allies experimented with new strategies — from alliance-building to studying master plans — as part of larger, ongoing efforts to defend their right to earn a livelihood in urban public space. 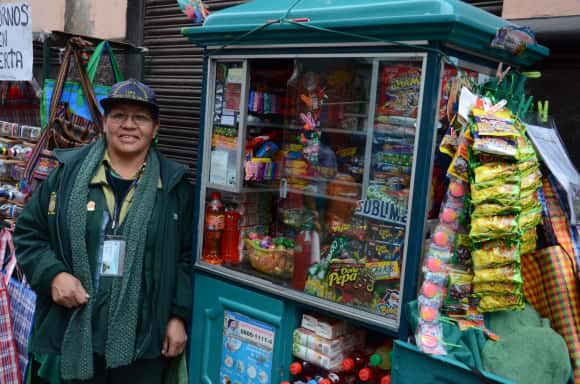 Re-mobilizing after gains are reversed in Lima, Peru

The experience of street vendors in Lima, Peru, offers a sobering lesson on the struggle for public space: achieving more inclusive policy and practice is a long-term, dynamic process. Gains can quickly be reversed, especially when city administrations change.

For example, in 2012, a progressive municipal government in Lima initiated an unprecedented effort to consult with street vendor leaders and integrate their input into a much-needed new ordinance on street trade. The new ordinance promoted a gradual process of formalization through access to credit, training and social protection. It also established a role for street vendors’ organizations in the ongoing governance of street trade.

In May of 2018, Focal City Lima facilitated a consultation that brought together street vendor leaders from across Lima.

The process took shape in part through a mesa de comercio (roundtable on commerce), where vendor and city representatives came together to work on the details of the ordinance. The new, pro-poor ordinance was approved in 2014, but a new municipal government came into power and failed to implement it. Since then, Lima street vendors have been vulnerable to evictions, harassment, bribes and fines.

In May of 2018, Focal City Lima facilitated a consultation that brought together street vendor leaders from across Lima, many of whom were involved in the original participatory process around the ordinance. They shared stories about abuses they had experienced in recent years, especially increased demands for bribes from city officials.

Six years after the first roundtable on street trade was disbanded, the vendor leaders have decided to reinstate it themselves. They have started with regular convenings among the vendors, with the goal of securing government participation over time.

The re-establishment of vendor-government dialogue through the roundtable was included as a key demand in a platform presented to mayoral candidates in the lead-up to 2018 municipal elections.

Below are a few examples of unique strategies that have opened new pathways and opportunities for public space management in three different cities. 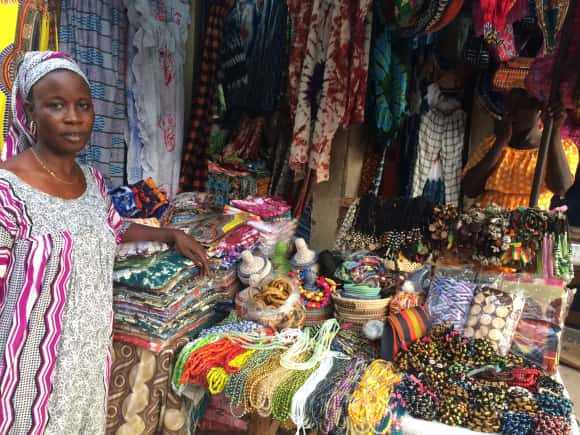 Finding opportunities for cooperation under a new governance landscape in Dakar, Senegal

When Dakar’s government decentralized and street vendors’ lost their official negotiating pathway, the workers regrouped and decided to open ongoing, solution-oriented dialogue with local authorities on the management of public space in their areas.

In Dakar, street vending is banned under a law from 1975. Despite this, street vendors in Dakar have historically had some success in negotiating with state and national authorities over access to public space for vending.

This space for negotiation changed with the decentralization of urban governance in Dakar in 2013, which devolved local powers to authorities at the micro-scale. This new governance landscape has created overlapping areas of responsibility for the management of public space, and street vendor organizations have faced challenges in finding the proper authority to negotiate with. At the same time, they are being taxed for the use of public space, sometimes by multiple authorities at once.

This space for negotiation changed with the decentralization of urban governance in Dakar in 2013.

In April of 2018, street vendor leaders came together to address authorities with a new strategy that took advantage of decentralization. They proposed more sustained, local negotiations over the use of public spaces, rather than the one-off agreements with national authorities in the past.

Through the process, street vendor organizations shared information and strategies, and consolidated their stance towards authorities. Together with Focal City Dakar, they are now planning a taxation study, which will provide an evidence base for a second round of negotiations with authorities. 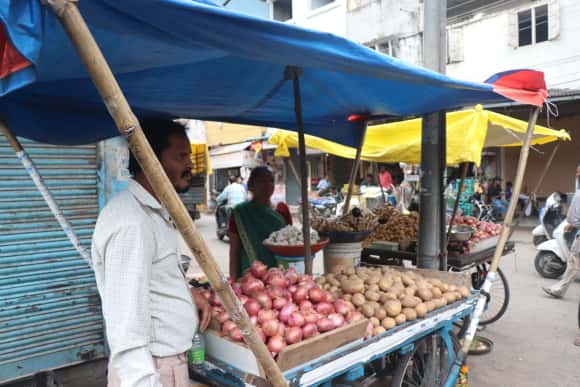 Putting informal livelihoods on the map in Delhi, India

India’s street vendors want to be sure their on-the-ground realities are properly represented in the upcoming 2021 Master Plan. They have come together with like-minded groups across the city to create a proposal for master planning with a people-led vision.

India has one of the most progressive legislative frameworks for street vending in the world with the Street Vendors Act 2014. Unfortunately, implementation on the ground has been weak, and exclusionary practices towards street vendors persist in Delhi and other Indian cities.

Through the process, street vendor organizations shared information and strategies, and consolidated their stance towards authorities.

As planning for the 2021 Delhi Master Plan gets underway, street vendor representatives and allies have begun looking for new ways to protect street vendors from arbitrary evictions. Delhi’s master plan is a statutory document, and has been used by city authorities to justify evictions of informal settlements and informal markets in the past.

By pushing for natural markets to be designated in the master plan, advocates aim to turn this strategy on its head, protecting these areas from eviction by “putting them on the map.”

In April of 2018, Focal City Delhi held a consultation between worker and civil society organizations, urban planners and activists to share strategies and lessons for achieving greater inclusion of informal settlements and livelihoods in the master plan.

Since the meeting, a coalition has been formed to coordinate advocacy efforts during the multi-year master planning process, including through the joint production of a “People’s Atlas” of Delhi. The Atlas would mirror the chapters of the master plan, but would aim to bridge the gap between official statistics and the realities of life in the city.

Read about how Indian street vendors in Bhubaneshwar partnered with local officials. 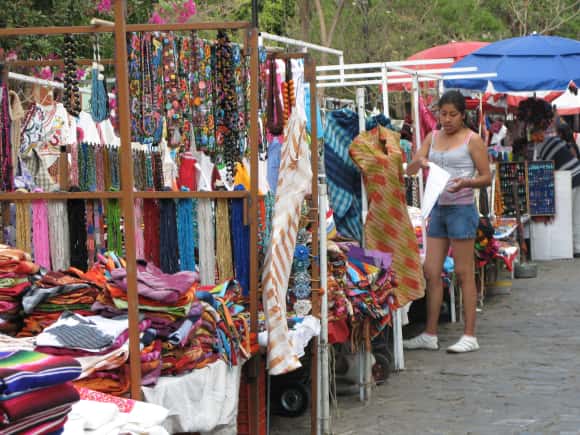 Mexico City’s street vendors have faced harassment not just from authorities but also from other “sidewalk protection” groups, such as bike and pedestrian activists. Street vendors leaders reached out to these groups and have turned hostility into alliance.

In Mexico City, the urban mobility movement wants a bike and pedestrian-friendly city. They have historically positioned their agenda in opposition to street vendors’ interests, calling for removal of vendors to create additional room for cyclists and pedestrians.

A coalition has been formed to coordinate advocacy efforts during the multi-year master planning process.

However, through a consultation convened by Focal City Mexico City, which brought together grassroots urban mobility activists and representatives of street vendors and other informal workers who work in public space, a set of common priorities was identified. Through dialogue, the mobility activists now have a better understanding of street vendors’ reality, which has led them to defend workers within their own networks and beyond. They even invited the Focal City Mexico City team to speak at a national mobility workshop to share information about street vendors and inclusive management of public space with advocates from across Mexico.

The new alliance is one step towards pushing back on some of the deep-rooted negative stereotypes of street vendors — including that they make the city more congested, dirty and unsafe (while evidence often shows the opposite) — that persist in Mexico City, and indeed many other cities across the world.

How street vendors around the world can use these strategies

All of the consultations described here mark the start of ongoing processes: in Lima, Dakar and Accra, bringing government officials to the table for dialogue and negotiations, and, in Delhi and Mexico City, strengthening new alliances and coalitions to promote and protect street vendors’ livelihoods. The end result of these efforts remains to be seen, but a few strategic lessons for other street vendors around the world are clear:

Through dialogue, the mobility activists now have a better understanding of street vendors’ reality.

Ultimately, the goal for all these strategies is a vision for public space that is for all and shared by all. The strategies may be different for each city, but all street vendors aim to carry out their livelihoods without fear of harassment or eviction.