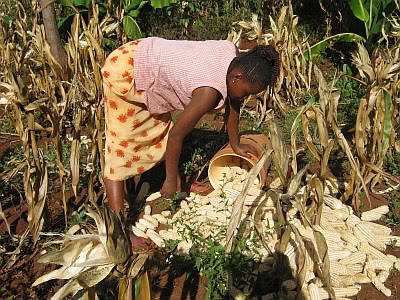 Some major commodities such as cocoa, coffee and cotton are primarily produced by smallholder farmers in developing countries. The pursuit of export markets has brought them into global value chains.

The term “smallholders” includes small farmers who own/control the land they farm and those who do not. Often, the term “outgrower” is used to refer to a smallholder who is in a dependent, managed relationship with an exporter.

There are a number of characteristics common to smallholders, whether or not they control the land they farm or the commodity they produce, as detailed in the Ethical Trading Initiative (ETI) Smallholder Guidelines:

Smallholder farmers supplying into Fairtrade markets are typically organized into cooperatives or producer associations, which link them to the market and offer different kinds of support to their members.

Gaining Ground: The Cooperative Life of a Smallholder in Uganda explores the challenges of change and the growing opportunities for women involved in coffee production. 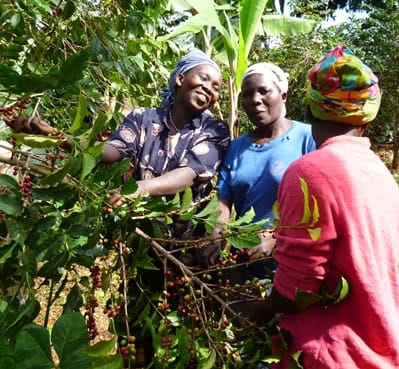 Half of the world’s labour force works in agriculture. That represents about 1.3 billion people.

While 40 per cent of the agricultural workforce (some 440 million workers) are in waged employment; the other 60 per cent are self-employed as farmers, mainly as small farmers (Fyfe 2002).

In most African countries, agriculture accounts for 70 per cent of the labour force, over 25 per cent of GDP and 20 per cent of agribusiness. Agriculture remains largely traditional and is concentrated in the hands of smallholders and pastoralists (Economic Report on Africa 2009). Often women provide much or most of the labour, but don't reap the economic benefits of production. 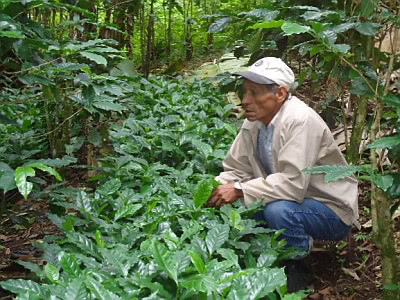 Agriculture is one of the most dangerous industries to work in, says the ILO. The incidence of injuries and fatalities is high. Exposure to pesticides and other chemicals also pose health risks, and a lack of social protection exacerbates the situation for agricultural workers.

Smallholder production in many developing countries remains at subsistence levels. Smallholders typically lack access to credit, receive little technical support and often have low productivity due to an inability to invest in things such as improved seeds and soil replenishment. Smallholders generally rely on labour-intensive production methods and family labour, although they often have to hire labour, especially at key moments in the production cycle like harvesting. Since the small farmers are impoverished, pay and working conditions of hired labourers are usually very poor.

Where smallholders are linked into export markets--either through Fairtrade markets that apply standards for commodities such as cocoa and coffee, or through outgrower schemes in horticulture where buyers such as supermarkets have committed to varying ethical codes of conduct--closer attention may be paid to working conditions. 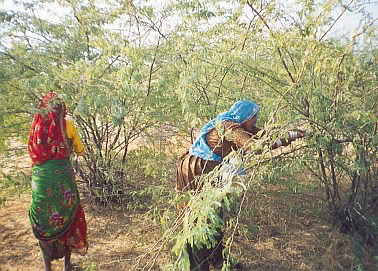 In spite of the importance of agriculture in areas such as Africa, as well as recognition by governments of the need to invest to increase productivity, under-capitalization in agriculture and a lack of investment in infrastructure remains a barrier to lifting smallholders out of poverty. A study, conducted in 2008 to verify how many African countries had met their 2003 commitment to dedicate more than 10 per cent of national expenditure to agriculture, found only 19 per cent had met this goal (Economic Report on Africa 2009).

Women in smallholder production have benefitted from increased efforts by UN bodies, donors and development organizations to urge governments toward more progressive policies and legal reform that redress gender inequalities. However, even where there is a more favourable policy environment, the gap between policy and implementation remains significant.

In 2003, the Food and Agriculture Organization of the United Nations warned that the proliferation of supermarkets could marginalize small farmers in Africa unless they organized themselves into cooperatives to meet new marketing, credit and technology requirements (FAO 2003). At an FAO workshop on food systems in developing countries, Thomas Reardon of Michigan State University noted that Kenya’s 200 supermarkets and 10 hypermarkets were already buying three times more produce from local farmers than Kenya was exporting globally. In South Africa, supermarkets were accounting for more than 55 per cent of national food retail. (Read Rise of Supermarkets across Africa Threatens Small Farmers.) The FAO has been helping small farmers organize into groups and cooperatives to meet the new realities.

The International Union of Food, Agricultural, Hotel, Restaurant, Catering, Tobacco and Allied Workers' Associations (IUF), with 367 affiliates in 122 countries has also been actively engaged in a number of initiatives to protect the rights of smallholder farmers as well as waged agricultural workers as they combat the pressures of trade liberalization, industrialization, commercialization and globalization. The largest agricultural workers’ trade union – CONTAG - is an IUF affiliate in Brazil, It covers both agricultural workers and small farmers with a membership of 9 million (Fyfe 2002).

While progress has been slow, there have been successes. For example, agricultural workers, sharecroppers and small farmers in India undertook sustained protests to stop Tata Motors from building an automobile production facility on prime farmland expropriated by the state government in Singur, West Bengal. Despite heavy criticism from the state government, grassroots and union leaders were able to inspire a large-scale and sustained movement. Eventually, Tata Motors abandoned its Singur plans and moved production to an area near Ahmedabad where it would not destroy as much productive land and or as many livelihoods. (See the IUF 2008 web story Tata Pulls out of Singur but Struggle Continues for Rural Poor).

Women’s membership in cooperatives of smallholders is still relatively low except in cases like that of Kuapa Kokoo in Ghana and Gumutindo Cooperative in Uganda, where women’s participation is higher due to the application of a quota system. The barrier to women’s membership is often due to the criteria being based on “head of household” status or ownership of the land.

However, these examples and many others are encouraging signs that smallholders have been able to improve their situation through organizing.