How the Draft WDR 2019 Got it Wrong: Rethinking and “Relinking” Social Protections for the Future of Work | WIEGO Skip to main content

How the Draft WDR 2019 Got it Wrong: Rethinking and “Relinking” Social Protections for the Future of Work 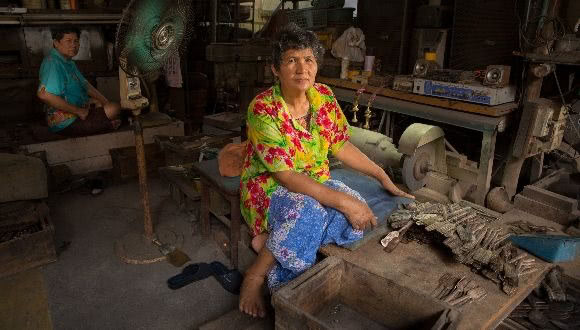 The World Bank’s recently released draft of the World Development Report (WDR) 2019 makes a controversial call to delink social protections, such as social security and pensions, from employer-based schemes to meet the needs of a new world of work. Complete delinking, however, could have devastating consequences on the informal labour force, making the poorest workers even more vulnerable. We explore ways to relink social protection in a triangulated way: informal workers, the state, and, importantly, capital.

The “Future of Work” debates have kicked up controversy over more than robots and automation. The transforming workplace and employer-employee relationship have stirred up questions over who provides key benefits, such as health care, unemployment benefits, and pensions, traditionally provided by employers.

A new draft World Development Report 2019 argues that employer-based protections have “become obsolete” because of the blurred and/or non-existent employment relationships in the increasingly informal labour force. While there are many progressive arguments in favour of delinking, the draft WDR 2019 provides an example of how delinking could have a potentially devastating effect on a world of growing inequalities.

WIEGO suggests that reforming worker protection in the context of growing informality is not simply a question of delinking, as the report suggests, but also about reconfiguring the linkages between workers and capital in different ways. It is also about relinking in a way that is cognizant of the fact that the standard employment relationship is not, and never has been, the norm in developing countries.

Read about a system-wide approach to social protection.

Beyond Worker-State: Bringing Capital Back In 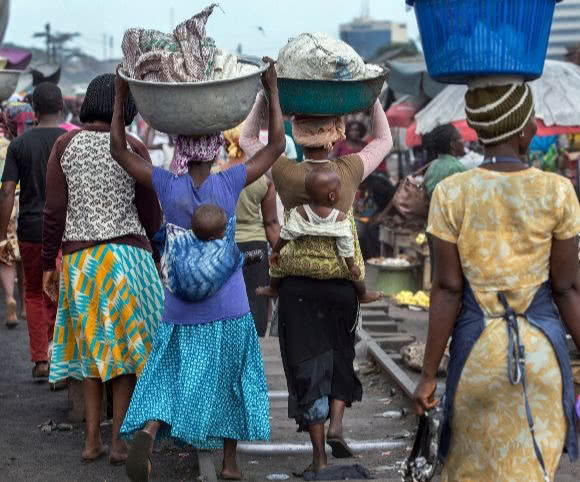 The answer to how best to provide social protection to an increasingly informal labour market is more complicated than the WDR 2019 suggests. Yes, informal workers, particularly women, who are excluded from work-related protections and whose earnings face interruptions due to unpaid care responsibilities, will benefit from protections such as access to health care and pensions provided through the state that are delinked from employment status. However, there are real dangers to WDR’s proposals.

By delinking employment and protection, there is a possibility that those who profit from the work of others are let off the hook for contributing to the welfare of those workers. While it may be possible to recoup this contribution through general taxation — and this is indeed the argument of the tax justice movement — current trends suggest that the opposite is happening.

Over the past three decades, corporate tax rates have decreased between 15 to 20 per cent in high- and low-income countries, property taxes remain low in most countries, and corporations and owners of capital can more easily avoid their taxes using low tax jurisdictions and tax loopholes.

The standard employment relationship is not, and never has been, the norm in developing countries.

The G20/OECD estimate that global corporate income tax losses could be USD 100-240 billion annually. As trade tariffs have fallen, indirect taxes on consumption have expanded to raise revenue and broaden the tax base. As a result, capital is contributing less to tax revenue while indirect taxes are eating into workers’ wages and incomes.

In this context, shifting responsibility for all worker protections onto the state (or individual workers) and away from employers is likely to lead to a reduction in the fiscal space available to finance meaningful protections above a basic minimum.

Specific work-related protections traditionally financed by employers — such as occupational health and safety — will likely receive little attention within stretched national budgets. As a result, informal workers, who often work in hazardous and precarious situations, are even less likely to receive the protections they need in the workplace.

Second, social protection can never be a panacea for poor working conditions and a lack of labour regulation. In addition to its proposals on social protection, the WDR 2019 suggests all employer protections — including minimum wages, severance pay, and unemployment insurance — should disappear. However, while access to a non-contributory pension will make a big difference in the life of a worker, it cannot erase the negative impact of that worker having earned a meagre income over their working life.

By delinking employment and protection, there is a possibility that those who profit from the work of others are let off the hook for contributing to the welfare of those workers.

Access to health care has less impact if poor working conditions and long hours create illness and injury. Work-related protection is not replaceable by social protection. They should both be understood as part of a necessary system of protection.

Informal workers need more (and more appropriate) labour and social protections, not less. In this case, perhaps reforming worker protection in the context of growing informality is not only about delinking, but also about reconfiguring the linkages between workers and capital in different ways. 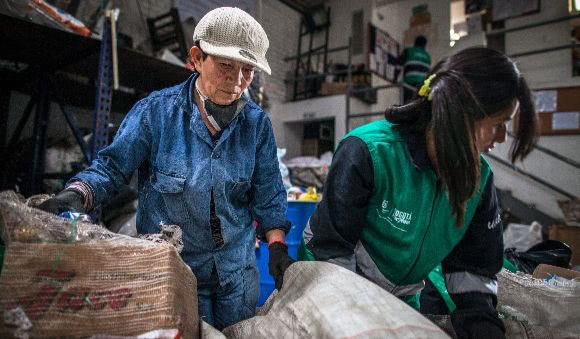 The informal economy is heterogenous — and therefore, we need to think of solutions that are not one-size-fits-all. Some informal workers, such as unprotected wage workers in formal firms and household domestic workers, have employers. For them, relinking social protection to employment means ensuring that existing social and labour protections are extended and enforced. The extension of contributory schemes can in itself expand the fiscal space for the provision of non-contributory protections for poorer workers and citizens.

It’s a bit trickier for the large numbers of self-employed workers working in the informal sector. For these workers, the delinking arguments make the most sense. However, it is a fallacy to assume that there is no counterpart other than the state to contribute towards their protection.

All informal workers are located within a value chain, albeit one of uneven economic relationships. These include homeworkers stitching garments for a global brand, street vendors selling phone cards for large telecom companies, waste pickers collecting the plastic, cardboard and glass which are sold on to private recycling companies who make much larger profits than the waste pickers themselves.

In addition to putting pressure on states to ensure the welfare of citizens, we should be thinking about locating within these economic relationships at least part of the responsibility for financing protections for self-employed informal workers. This may not be desirable or viable for all types of protection, but it may be a way to finance the types of worker protections that are unlikely to be given priority through national budgets.

There are some innovative examples of protection being extended to self-employed informal workers through contributory schemes, where the contribution does not solely come from the informal worker and/or the state.

Some Latin American countries have introduced a monotax, which is a simplified, combined tax and social security payment designed for micro-businesses which fall below a certain minimum income. Through this payment, which is lower than the contributions made by formal employers and employees, self-employed workers in the informal economy gain access to social security benefits. There is an element of cross-subsidization: the contributions from formal employers and employees help to subsidize access to social protection for informal workers.

But there are other examples, which may be more relevant in contexts where the informal economy dwarfs the formal economy. In India, Mathadi Boards were established in the state of Maharashtra to ensure better working conditions and social protection for the porters employed by market traders to move their goods. Those hiring a porter pay wages directly to the board, and added to this is a contribution towards social protection.

In addition to putting pressure on states to ensure the welfare of citizens, we should be thinking about locating within these economic relationships at least part of the responsibility for financing protections for self-employed informal workers.

In South Africa, informal workers have also found ways to leverage the benefits they provide to formal business. In South Africa, a multinational dairy producer has provided upgraded infrastructure, storage facilities and training to street food sellers who use its cheese products. The Triple Trust Organization’s Shop-Net programme has shown how informal traders can organize to put pressure on the formal wholesalers from whom they purchase their products. The shop owners have had success in having wholesalers reduce prices and provide other perks (such as free transportation of goods). While this is not social or labour protection per se, it does establish the possibility of a protective principle: that self-employed informal workers may be able to organize and make direct claims for protection and benefits on more powerful actors within supply and distribution networks.

Looking Ahead: From Social Contract to Social Compact

The WDR 2019 calls for a new social contract to suit an age where informal employment is the norm. Social contract theory is largely concerned with the relationship between the state and the individual. In reality what is needed is a new social compact — the term more commonly used to describe the compromises that are made between three different groups in society — the state, workers, and capital. This triangulated connection sets up new challenges but also calls for new solutions.

Rethinking the social compact means understanding the realities of informal employment, and calls for moving forward in a way that both provides all workers with the protections they need, while relinking work to capital.

Feature photo: BANGKOK, THAILAND: Samnvay Tocharoen works in a small factory producing bronze silverware, a traditional Thai craft. The work poses a number of occupational health and safety issues, which the group, as members of HomeNet Thailand, have been addressing. Their long-time work in this area led to the introduction of the Universal Healthcare Coverage Scheme in Thailand in 2001, which provides unprecedented health coverage to all informal workers, including home-based workers in Thailand. Photo: Paula Bronstein/Getty Images Reportage