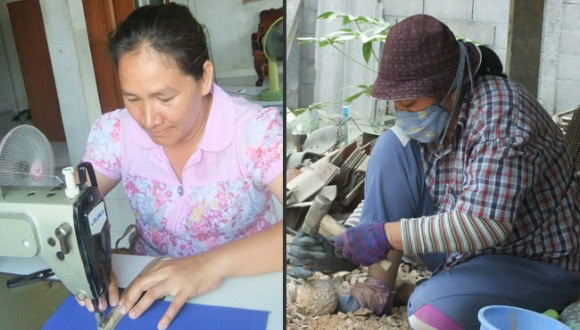 By Laura Alfers and Francie Lund

In 2007, the Thai government took an extraordinary step and instituted universally free public health services funded by general taxation. The Thai public health system has had impressive results, including decreased infant mortality rates, increased life expectancy and a high level of public support for the scheme. Although the improved access to health services has certainly contributed to this public support, there is another important aspect that has been integral to the scheme’s success: the participatory approach to policy development and implementation that was adopted by the advocates of universal healthcare in Thailand.

Watch a video about informal workers’ healthcare needs around the world and some of the solutions, including one from Thailand, that are working.

Civil society groups, including informal worker organizations, were heavily involved in the campaign for the universal coverage (UC) scheme and have continued to be included in its implementation and monitoring.

Although there was a particular confluence of factors at play that may not be replicable in other countries – a critical election period, a monarchy that has historically been sympathetic to the principle of equity in health-service provision, a strong alliance of grassroots networks that allowed for both unity and difference among interest groups, and legislation that promotes public sector participation in decision making – there are some important lessons that can be distilled for both policymakers and for organizations of informal workers.

For organizations of informal workers, the Thai case shows the importance of building up networks and engaging with other interest groups operating within the wider public sphere. It is unlikely that HomeNet Thailand (HNT), which represented informal workers in the process, would have been able to gather enough signatures on its own to submit a people’s sector law or would have been strong enough to negotiate the gains made in civil society representation within the scheme’s structures. The HNT leadership stated that their participation in the health reform process has strengthened their organization considerably. They have learned about the right to participate and, importantly, about what was required to participate effectively in policymaking.

2. The Importance of Maintaining a Worker Agenda within a Broader Alliance of Interest Groups

While broader alliances across civil society are clearly important in terms of securing widespread support for policy reforms, it is also important that organizations of informal workers maintain the space to formulate their own policy positions that articulate the particular needs of workers. While HNT put its energy into the broader citizen-based network that had a unified goal of establishing the UC, it has now refocused its energies on occupational health. This is an important step that has allowed the organization to differentiate its interests from the main network while simultaneously remaining an integral part of a wider movement.

3. The Meaning of Participation

While the academic literature stresses the importance of the early involvement of civil society in participatory processes if it is to be effective, in reality participation is too often seen as an “add on” and not as a central element of the policymaking process (King et al. 1998). The Thai case shows the importance of involving target groups in policymaking right from the start. Spaces were created that allowed grassroots organizations to have their voices heard from the conceptualization stage. The result is a scheme that has participation built into its core structure and which consequently has a significant amount of public support behind it. The Thai people rightly feel a sense of ownership over the scheme.

4. The Importance of Continued Involvement of Civil Society in National Schemes

A final point to emphasize is the importance of including civil society in the implementation and monitoring of schemes rather than ending public participation after the initial process of policy development. The UC scheme allows for public participation throughout its governance structures. The continued participation of the civil society network in the scheme’s central decision-making processes, especially in implementation and monitoring, has allowed these organizations to gain further knowledge about the challenges of running such a scheme. It has also allowed them the opportunity to challenge the UC administrators on a continuous basis to ensure that it develops in ways that benefit the people it is intended to benefit. Maintaining this system requires not only a commitment from policymakers, but also a commitment from the civil society groups involved.