Wither the “Labor” in Labor Day? 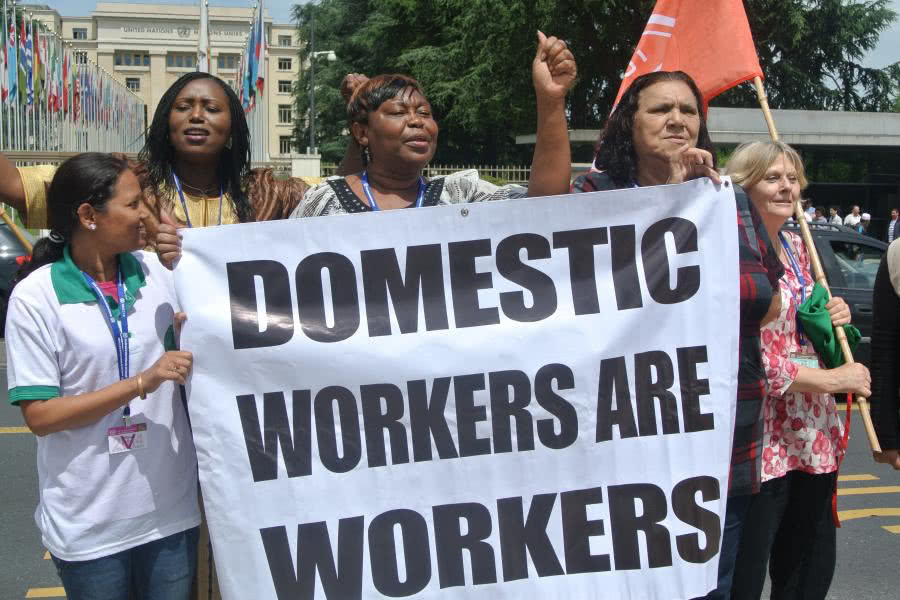 For many of us, the word “informal employment” conjures up images of street vendors, rickshaw drivers, or casual laborers in agriculture—all images linked to the developing world and the hard edges of subsistence in low-income economies.

But informal employment means more than irregular or low wages—and official definitions apply to a pattern in the U.S. workforce, as well. Informal employment also means lacking social protection and little or no access to labor rights for many, according to the International Labour Organization (ILO) and employment experts. These conditions affect many workers in rich countries, too. U.S. workers are not immune from work arrangements that sever them from labor rights or employment-based benefits.

On this Labor Day, it is a good time to reflect on what “labor” means, and how employment arrangements have been diversified by corporations, putting many workers at risk due to lack of benefits or labor rights.

(1) Workers in the U.S. and Europe may be informally employed because regulations were initially designed to exclude them. For example, U.S. domestic workers or personal care assistants were initially excluded from the minimum wage and overtime protection under the Fair Labor Standards Act, largely because theirs was not considered “real” employment. At the time, their work was considered simply as caretaking and companionship, done in the private sphere by women, African-American, and other minority women at that.

Finally, the situation for U.S. domestic workers is changing. A recent federal appeals court decision has let stand a Department of Labor rule that extends minimum wage and overtime pay to those who provide services to the elderly and disabled and live-in domestic workers, including third-party agency workers.

(2) Workers in the U.S. and in other countries may be informally employed whenever their work arrangement shuts them out of social protection or labor rights. For example, short-term hires have rationed access to company benefits in the U.S. compared to regular hires. In some European countries, they receive less access to family leave.

(3) Workers are informally employed whenever their labor is not reported to appropriate public agencies; payroll taxes are not contributed on their behalf; and social security, Medicare, and unemployment insurance contributions are not made by their employer. This is the case for home-care workers, truck drivers, or construction workers whose companies decree them as self-employed, even as the company markets the service, assigns the worker, and pays them hourly—a practice regulators refer to as independent contractor misclassification and which, in the U.S., is fraud.

In fact, any worker can be informally employed whenever their direct employer breaks the law on standards or social protection. Lack of enforcement, and deliberate fraud, puts workers in a situation of informal employment.

(4) Workers are informally employed whenever their employment arrangement has been cobbled together outside standard practice and without a guiding legal framework. The flurry of court cases on web-mediated employment of “independent workers” (or tasking) indicates that all is not well with these recent practices. Workers still seek clarity about their status and what to expect, and are left to fend for themselves in terms of paying for their contributions into Social Security and Medicare, let alone navigating economic ups and downs without unemployment insurance or workers’ compensation for work-related injury.

(4) Finally, workers are informally employed when they fend for themselves by trying out a new food cart or a door-to-door distribution system, and do it all as an unincorporated micro-business. Sometimes they report their earnings, sometimes not, but they always come up short when it is a matter of accessing a contributory system for social protection. Whenever such micro-operators are put to work as a distribution network (for convenience items, for telephone cards, for janitorial franchising) for a corporation, what makes them independent businesses or “masters of their economic destiny”?

All these U.S. workers are not alone. Publications by International Labour Organization (ILO)-WIEGO and the Organization for Economic Co-operation and Development (OECD) point to similar patterns in European Union countries, in Central European transition economies, and in the broader OECD community.

Given the situation, the U.S. can learn from countries where informal employment prevails about how informal workers have self-organized to advocate for labor rights and have accessed social protection. In India, for example, ”self-employed” outworkers have organized and bargain with groups of contractors/purchasers to obtain the latter’s financial contribution into an industry welfare fund. Governments in developing countries have made great strides in implementing standardized measurements of informal employment, which contributes to increasing visibility for informal workers.

Are we talking of informal employment of the kind most commonly seen in low-income, developing economies and of the same magnitude? No. Most U.S. workers are employees covered by labor standards (e.g. minimum wage) and have access to Social Security coverage, for example. Yet we in the U.S., and in other rich countries, cannot ignore that employment arrangements now sever a notable slice of workers from social protection and labor rights. So what does laboring in the U.S. mean? And where are employment arrangements leading us to?