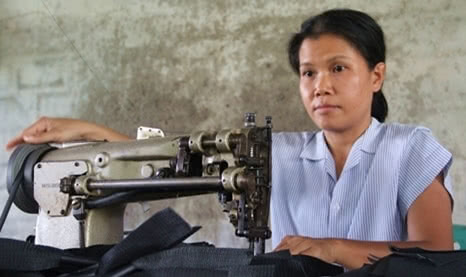 Strengthening the Movement of Home-Based Workers

Read more about the activities and successes in March 2016's home-based worker newsletter.

Home-based workers are invisible but vital economic contributors to household, local and global economies. Because they work in isolation, organization is crucial to their empowerment.

This project aims to strengthen existing regional networks of home-based worker organizations in South Asia and Southeast Asia, and the emerging network in South-East Europe. It is helping to develop new ones in Africa and Latin America. And it is supports membership-based organizations in advocating for policy changes to improve the lives of home-based workers and lead to greater economic empowerment.

Home-based workers produce goods sold around the world, but they are at the bottom of supply chains. The majority are poor women who lack access to education and resources. They may be unable to speak for themselves, particularly in rigid patriarchal societies. This makes them vulnerable to exploitation by contractors and subcontractors. Late payments or non-payments for their work are common.

Although their earnings can be crucial to their families’ survival, they are rarely accorded the rights given to recognized “workers” and are assumed to be earning supplementary incomes, even if they are the family’s sole breadwinner. However, they have few other livelihood options.

Read how belonging to an organization changed one Nepalese home-based worker's life. 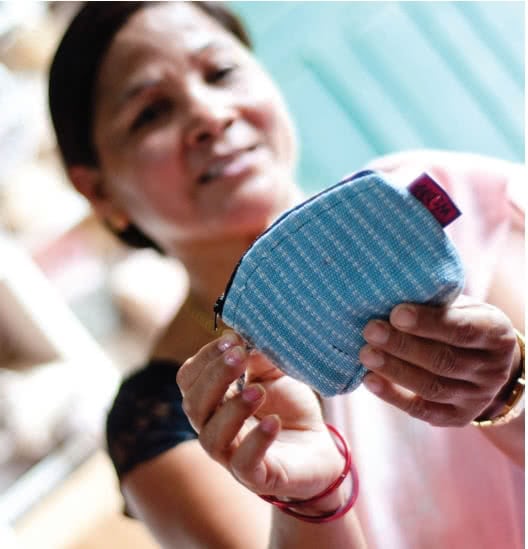 Without strong organizations, home-based workers cannot access information about employment opportunities, workers' rights, changing demands, new designs and techniques, or other information that would allow them to escape the pattern of very low and irregular earnings.

Strengthening the Movement of Home-Based Workers has undertaken:

In Africa, organizations and policy research have been mapped in South Africa while in Kenya and Egypt, where no organizations were identified, mapping focused on finding workers and what they produced. In 2014, working with WIEGO's Global Trade Programme and its Fair Trade project partners, we brought together support organizations and home-based workers from the three African countries in a capacity building activity in Nairobi, Kenya.

Mapping is done in several countries in Eastern Europe. The project is supporting development of the new network HomeNet East Europe, which recently held its first Congress. At the same time a new Informal Workers' Union was launched in Bulgaria. WIEGO’s Regional Advisor for Europe Karin Pape participated and is providing ongoing advice.

In Latin America, after a broader mapping exercise, we are deepening our understanding by focusing on a few countries. In Peru, working with our Latin American Regional Advisor Carmen Roca and Plades, we have a policy analysis nearly finished; mapping work underway and some capacity building activities planned that link to WIEGO’s law project. In Argentina, more detailed mapping of organizations has been done, along with some analysis of policy and law. In Brazil, we have just begun mapping in Sao Paulo and policy/law analysis.

Capacity-building workshops have been held in India, Pakistan and Sri Lanka. Training provided builds women leaders’ understanding of workers’ rights, democratic governance and policy-advocacy in their own and other countries. A new programme called Training Plus is being piloted in India and Nepal that will focus on civic amenities/infrastructure. An exposure visit to SEWA-affiliated Mahila Housing Trust (MHT), which has a successful slum upgradation programme, is being supplemented by ongoing support for follow up and implementation.

Policy advoacy: The project supports efforts to implement new legislation for homeworkers in Macedonia and Albania – two countries that have ratified the international Home Work Convention (C177) – and to start to build a campaign in other countries, including Turkey.

As the programme involves initial research to identify home-based workers and their organizations, it is not possible to say precisely which countries will eventually form part of larger networks. The countries listed are part of initial scoping, which will identify where there is potential for more detailed work.

HomeNet South Asia (HNSA) is WIEGO’s main partner in implementing this project. HNSA, an experienced and successful network, was heavily involved in the design and planning.

WIEGO’s Organization & Representation Programme has an Advisory Committee of experts in the field of organizing MBOs in the informal economy. This group includes the current head of the Self-Employed Women’s Association (SEWA, in India) and HomeNet South Asia, the coordinator of StreetNet International, the coordinator for the International Domestic Workers' Federation (IDWF), the Global Coordinator for the waste picker network, and experts in worker education.