Year in Review: Five reflections on the "Future of Work" | WIEGO Skip to main content

Year in Review: Five reflections on the "Future of Work" 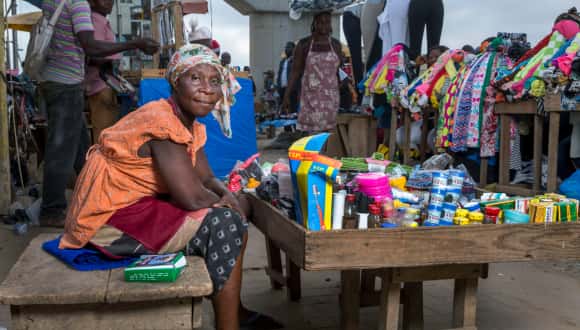 What will work look like in a future of robots and automation? This question has taken the year by storm, but the debates often overlook the reality for more than half the world’s workers — those in the informal economy. We look back at five WIEGO blog posts from 2018 that rethink headlines about the “future of work” and call for a broader understanding of the realities on the ground for millions of workers across the Global South.

Think Rain, Not Robots: Shaping the Future of Work for Women in Informal Employment
On this year’s International Women’s Day, WIEGO’s new international coordinator, Sally Roever, challenged how new technologies and robots will dramatically transform work in the 21st century. Sally calls for a more nuanced understanding of technology’s reach, particularly in the informal economy, where 61 per cent of the world’s workers are located. She says that while basic technologies still prevail, “innovations abound” and calls for a broader understanding of how livelihoods can be strengthened. Read the full article here.

How the Draft WDR 2019 Got it Wrong: Rethinking and “Relinking” Social Protections for the Future of Work
As work changes, questions have arisen about employer-based benefits, such as healthcare. Laura Alfers, director of the WIEGO’s Social Protection Programme, takes on the World Bank’s draft of the World Development Report (WDR) 2019, which makes a controversial call to delink important social protections from employer-based schemes to meet the needs of a new world of work. She argues this could have potentially devastating consequences on the informal labour force and offers a new way forward. Read the full article here.

Major Step forward for Informal Workers with New ILO Employment Categories
The world of work is changing, and employment categories set by the International Labour Organization need to properly reflect today’s informal realities. That change came to be this year. In a huge win, the International Classification of Status in Employment (ICSE) establishes new categories that, ultimately, could lead to better national policies benefitting informal workers. Read the full article here.

Informal workers and taxes: What "tax justice" looks like from below
A growing tax justice movement has been exposing the shadowy ways in which elites and large trans-national corporations often avoid paying their share of taxes — and the adverse effects this has on countries as a whole. Such efforts are clearly needed; however, they tend to mask some of the complexities in tax systems, particularly in the Global South, where the vast majority of workers are in the informal economy. These complexities need to be better understood because the contributions of workers to taxes determine both how fair a country’s tax system is and how much tax is ultimately collected. Read the full article here.

Keep up to date with all the latest WIEGO news in 2019 by signing up for our newsletter here.