Five Blogs that Highlight Key Achievements for Informal Workers in 2017 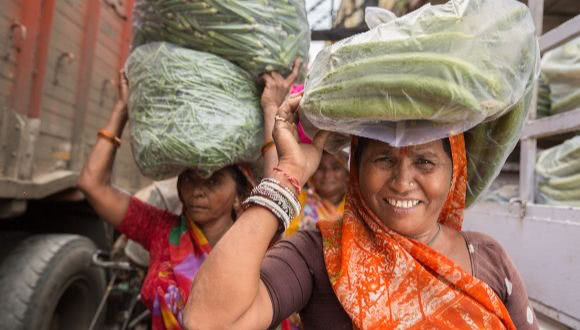 The global movement of informal workers – led by worker organizations in Asia, Africa, Europe, and Latin America – made major strides this year, from developing women’s leadership and using international policy instruments on the local level, to challenging the privatization of waste in South Africa.

2017 even saw the launch of a new regional organization in Latin America to strengthen cross-national goals. As the year comes to a close, we look back at some of the memorable achievements in 2017 for informal workers and their organizations.

Women waste pickers face many challenges in pursuing their livelihoods – and their gender identity is among those constraints. Over the last couple of years, ORP and UPP have been working with waste picker organizations in South Africa and Brazil to identify the unique needs of women working in this sector and how those needs can be addressed. On this International Women’s Day, we go behind the scenes with waste pickers from these two countries to explore how they engaged in the process.

‘It’s a Win-Win:’ How a Street Vendor Leader Used Recommendation 204 to Change Policy in Costa Rica

Kattia Barquero Rojas, a street vendor leader from San Jose, Costa Rica, stood in front of the president of her country and a panel of dignitaries to tell them about the challenges she and other street vendors face – and, importantly, what these policymakers could do to better support them. Kattia was part of the WIEGO delegation at an event for the United Nations High-Level Panel (UN HLP) for Women’s Economic Empowerment being held in her city.

India’s Self Employed Women’s Association (SEWA) has led the fight for women informal workers’ rights in India for over four decades, and its most recent initiative focuses on the reinvigoration of a mode of empowerment the organization has used for several years. The SEWA Social Security team decided to adapt the worker facilitation centres, known as SEWA Shakti Kendras (SSKs), with an important refocus on connecting workers to the government social security, health, and nutrition programmes to which they are entitled.

On July 13, hundreds of Johannesburg’s informal waste pickers took to the streets to protest a municipal decision that could put them out of work essentially overnight.

The march was in response to a move by the state-owned Pikitup, the official waste management service provider for the City of Joburg, to contract out the separation of recyclable waste-at-source services to private recycling companies. Reclaimers responded with a campaign, including public protests and media appearances, to bring attention to their struggle.

A Q&A with Laura Morillo

We discussed the formation of COTRADO-ALAC, it’s goals, and how it was formed with Laura Raquel Morillo Santa Cruz, WIEGO’s Organization & Representation Programme Officer for Latin America.

Read more about our year in review: Five Blogs from 2017 that Take on Big Ideas for Informal Workers

Top photo: Ahmedabad, India: Babi Marv (right) does back-breaking work as a head loader in Ahmedabad's teeming main vegetable market. She carries heavy loads of vegetables from trucks arriving from rural areas to local vendors. Babi, a member of the Self Employed Women's Association (SEWA), a trade union for poor, self-employed women in the informal sector, has to work quickly because she is paid by the weight of each load. Photo: Paula Bronstein/Getty Images Reportage