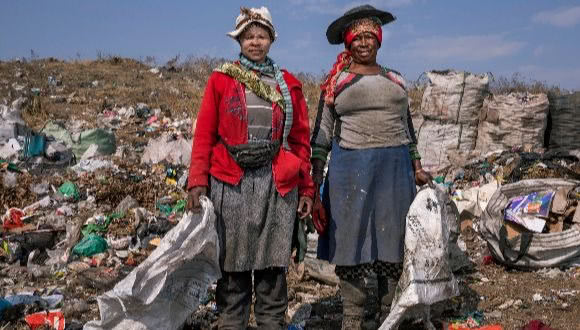 Many of these ideas are discussed throughout the year on the WIEGO Blog. Here are five articles from the last year that highlight key themes – from technology to global supply chains to universal health coverage – where new ideas grounded in the reality of informal workers could play a leading role in bettering their health, economic status, and workplaces.

Technology at the bottom of the economic pyramid: What’s inhibiting uptake by informal workers?

The consensus around the need for improved access to affordable technology belies the uneven uptake of technology among the working poor, despite increasing international emphasis and investment in its potential. To realize the SDGs and similar goals, there is a greater need to understand the specific barriers that have limited technological adoption by informal workers.

Since the tragic collapse of the Rana Plaza buildings in Bangladesh in 2013, the decent work deficits in global supply chains have enjoyed renewed focus. The question is how to regulate global value chains so that the retailers, most often in OECD countries, take responsibility for the human rights violations that are imbricated in their production processes, and how to ensure that such regulation includes the most marginalized workers at the bottom of the chains—homeworkers?

A growing number of workers in developed countries are working without the traditional employer-employee relationship in the so-called “gig economy” – also referred to as the sharing or on-demand economy. This new economy has generated heated debates about the need for government regulation. But more fundamentally necessary are new ways to provide health insurance and health care, worker benefits and protections, and pensions and retirement savings to the on-demand workforce.

Healthcare is a hot button issue around the world right now. As Universal Health Coverage (UHC) has become a rallying call for the global health movement, what’s really needed is to think through the realities with informal workers’ needs firmly in view.

Read more about our year in review: Five Blogs that Highlight Key Achievements for Informal Workers in 2017

Top photo: Waste pickers Liberia Mapesmoawe (left) and Justina Mokoena (right) are both waste pickers on the Boitshepi landfill in South Africa and members of the growing Majakathatha Cooperative. They sort through what the municipal and private trucks dump there, looking for valuable recyclables which they sell to a middleman. This provides them with an income and reduces the volume of waste buried in the landfill. The coop is fighting to have the price of recyclables regulated so that waste pickers receive fair payment for the glass, metal, plastic, and paper they remove from the landfill. Photo: Jonathan Torgovnik/Getty Images Reportage