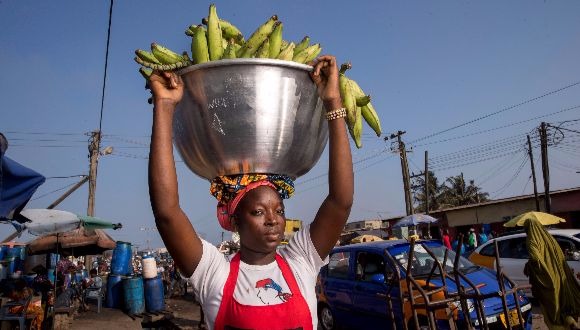 Healthcare is a hot button issue around the world right now. As Universal Health Coverage (UHC) has become a rallying call for the global health movement, it has been embraced by both the World Bank and the World Health Organization as a core objective and is encapsulated within the United Nations’ Sustainable Development Goal 3.8. The elevation of the need for UHC on key global platforms has been an important shift, but there is still a gap in the understanding of informal workers in this debate.

On the one hand, UHC is thought of as a universal social provision, defined as an entitlement of citizenship or as a human right, and not as an issue related to employment. Workers tend to be compartmentalized as a “special group,” within which informal workers are seen as a vulnerable group. On the other hand, informal workers are a concern only when it comes to how to include those outside of a standard employment relationship in contributory health insurance mechanisms, on the assumption that health care is something that must be paid for.

What’s really needed is to think through both of these positions with the realities of informal work firmly in view. At WIEGO’s recent 20th Anniversary Research Conference, International Coordinator Marty Chen argued that the organization does “not argue for informal workers…to be integrated into mainstream systems and models, but rather for mainstream systems and models to be modified and adapted to reflect informal realities.” Instead of looking through UHC debates at informal workers (as is commonly done), in this post we try to turn that around by looking at UHC from the perspective of informal workers, focusing on financing, the delivery of health services, and the importance of preventive health.

One of the most contested areas around UHC is the question of how poorer countries can fund expensive, quality health care systems. A common response has been for countries (for example, Ghana, Kenya, Vietnam) to institute contributory health insurance schemes. Formal workers are enrolled in these schemes through mandatory payroll taxes, which include a contribution from employers. For informal, self-employed workers, however, this contribution is borne on their own, despite generally being poorer than their formal counterparts.

As a result, the systems themselves fail to reach their “universal” goals. Research by Oxfam has shown how inequitable these schemes are, concluding that they suffer from low enrolment, adverse selection, inadequate risk pooling, and the exclusion of poorer workers. Health systems that are free at the point of access and rely on public funding, which can be gathered through general taxation, are more able to provide self-employed informal workers with accessible health services. Thailand, for example, provides equitable and accessible health care without downloading additional costs onto informal workers who fall below the tax threshold and who are already contributing substantially to government revenues through various fees, tolls, and licenses.

But a closer understanding of health financing for the informal economy needs an additional nuance. While over half of the global informal workforce is self-employed, there are also many workers in an employment relationship which is either blurred or deliberately hidden. The revision of the International Classification of Status in Employment at the International Labour Organization to include the status of “dependent contractor” means that more informal workers may move out of the self-employment category and into a category which puts them into a clearer relationship with owners of capital. For example, certain homeworkers working in a supply chain may be classed as dependent contractors, rather than as self-employed. This change in classification may have real implications for who is to be held responsible for the provision of worker protections.

It is important that these developments within the employment sphere are not ignored. Financing for health is a battle which can be fought along multiple fronts, and a commitment to universalism should not mean that employers/owners of capital are “let off the hook,” particularly in countries where informal waged work makes up a larger share of informal employment. Deriving direct contributions towards health and social protections from the employers and owners of capital who have until now bypassed (or are attempting to bypass) their contributions to the welfare of workers can be an additional way to expand public resources for health, in addition to the work being done to increase public revenues through general taxation and tax justice.

While making UHC financially viable is important, there is also a need to recognize that the delivery of appropriate health services is central. Most adults are workers, and in the developing world, most workers are informal workers. Informal workers are not a residual or “special” category of citizen – they are the norm. Yet many social services, including health services, are not designed with the needs of working people in mind and particularly not those without labour protections such as sick leave.

In a previous blog post, we pointed out the specific barriers to accessing health services that informal workers face, including registration linked to the home rather than, and/or in addition to, place of work, inconvenient opening and closing hours, and the loss of income that occurs when workers cannot access the health services promptly. Health services that are not designed around working people’s lives download risks and costs onto those who are already struggling financially. For example, informal workers may seek expensive private healthcare to return to work more quickly, or they may delay seeking treatment for health conditions until their health status has deteriorated to such an extent that they are unable to work. If UHC is to be inclusive of informal workers, the barriers which make affordable healthcare inaccessible to them must be addressed.

Preventive health to keep the working poor from deeper poverty

Health systems tend to be oriented towards curative medicine, but for informal workers (as for all citizens) it is not only the cure that is important, but prevention of ill-health. Informal workers do not have access to sick leave and they lose income when they are unable to work. WIEGO’s Informal Economy Monitoring Study in ten cities around the world found that illness was a major cause of missed days of work for informal workers. Most of the workers interviewed reported that when they missed work, they were unable to earn an income.

Preventing ill-health is also a battle that must be waged on multiple fronts related to the intersectional identities of informal workers as workers – many of whom are women and members of marginalized communities. As workers, they are exposed to health hazards in their workplaces, which are unconventional and insecure (such as roadsides and landfills). This means that occupational health and safety is an important component of prevention. Asiye eTafuleni in Durban, South Africa, have done ground-breaking work on promoting workplace health and safety in urban public spaces. Informal workers labour for long hours under high stress, which makes them vulnerable to non-communicable diseases, such as hypertension and diabetes. This means that the battle to improve incomes and working conditions must be seen as part of the struggle for better health. Sexual, maternal, and reproductive health services need to consider that many poor women are workers as well as mothers, and interventions are needed to address the social determinants of health in the marginalized communities where informal workers live.

Moving Towards a UHC for Informal Workers

Making an inclusive UHC system is viable with a collaborative vision. In her address to the U.S. Institute of Medicine in 2014, Mirai Chatterjee, Director of the Self Employed Women’s Association (SEWA) Social Security Department, stressed the importance of partnerships between policymakers, researchers, organizations of informal workers, and alliances within civil society in achieving the vision of UHC for informal workers. These partnerships will be essential in bringing about needed policy change.

At the same time, informal worker organizations are moving ahead to demonstrate, in practical terms, what UHC for informal workers might look like. Through its Shakti Kendras (Worker Empowerment Centres), SEWA is bringing health services, including occupational health services, to workers – and, importantly, near their places of work. HomeNet Thailand is working actively to ensure that occupational health and safety is not forgotten within the Thai health system.

While operating at a relatively small-scale, such initiatives are crucial in helping informal workers to redefine the limits of what is possible. What is needed now is to ensure that health policymakers at national and international levels are watching and learning from what informal workers are doing. It is initiatives like these that have the potential to address the economic and social devastation that results from costly health provision, which is too inaccessible and too focused on the cure at the expense of prevention.