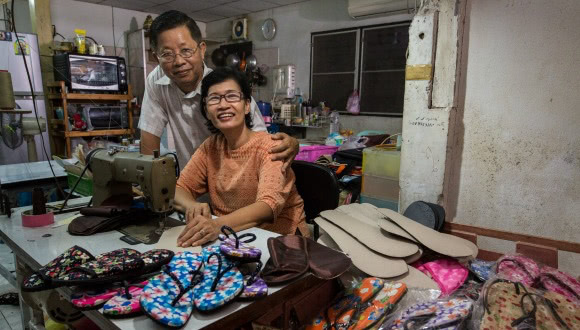 Since the tragic collapse of the Rana Plaza buildings in Bangladesh in 2013, the decent work deficits in global supply chains have enjoyed renewed focus. The tragedy has resulted in the Bangladesh Accord on Fire and Building Safety, the Bangladesh Alliance, and, ultimately, in the 2016 International Labour Conference (ILC) on global supply chains. But factory workers like those at Rana Plaza – many of whom were stitching clothing for international brands – are not the only vulnerable workers in global supply chains. Homeworkers, who are mostly women, are subcontracted to produce goods or provide services from their homes, making them even more invisible. The question is how to regulate global value chains so that the retailers, most often in OECD countries, take responsibility for the human rights violations that are imbricated in their production processes, and how to ensure that such regulation includes the most marginalized workers at the bottom of the chains—homeworkers?

Homeworkers represent a significant share of the workforce in many developing countries, especially in South Asia. Whereas historically their activities were limited to labour-intensive and skilled artisan work, such as stitching, weaving, embellishing, or craft-making, in the contemporary global economy, homeworkers also assemble and package goods, such as electronics, pharmaceuticals, and auto parts. While the wages earned are often vital contributions to families, these workers face many challenges, including instability and insecurity of work, unsafe working conditions, and poor wages. In addition, their isolation from each other (by nature of their working from home) makes collective bargaining difficult.

Given their isolation, how can homeworkers realize their rights as workers? Below we discuss the human rights approach to governing global value chains.

Homeworkers use “rights-based approach” at ILC

In March 2016, affiliates of HomeNet South Asia met in Ahmedabad, India, to establish a “platform of demands” in preparation for the tripartite discussions (between governments, businesses, and workers) at the International Labour Conference on Supply Chains in Geneva in June 2016. WIEGO accompanied ten representatives from homeworkers’ membership-based organizations from around the world to Geneva. Only the Self-Employed Women’s Association (SEWA) participated in the discussions as a recognized trade union.

At the ILC, WIEGO, SEWA, and the representative homeworker group succeeded in our goal of homeworkers being recognized as part of global supply chains.  The ILC’s tripartite structure, namely the business, workers (unions), and governments, mean that workers that are not recognized as trade unions and non-governmental organizations can only speak in the worker group if permitted by the Chair.  The Worker Group (unions) argued that the ILO’s MNE Declaration – “the only ILO instrument that provides direct guidance to enterprises on social policy and inclusive, responsible, and sustainable workplace practices” – should be updated to incorporate the UN Guiding Principles on Business and Human Rights (“Guiding Principles”), which should form the basis of a Convention. Specifically, the Worker Group argued for a rights-based approach to supply chains – that all workers in supply chains have a right to decent work and that businesses should have a corresponding duty to effect a “due diligence” in their supply chains to identify, mitigate, prevent, and report on human rights abuses.

The Guiding Principles define decent work with reference to two international legal instruments: the International Bill of Human Rights and the ILO Declaration on Fundamental Principles and Rights at Work, which provide the framework for businesses’ responsibilities. Businesses have the responsibility to address “human rights impacts” caused directly by their activities, and also to “prevent or mitigate” behaviour by other actors in their supply chains (such as suppliers or subcontractors) that violates workers’ rights. Businesses are expected to fulfill this responsibility by:

Homeworkers are not explicitly referred to, although they are covered implicitly. Of particular significance to homeworkers is the requirement for businesses to engage in “meaningful consultation” with “individuals from groups or populations that may be at heightened risk of vulnerability or marginalization” and with groups that might potentially be at risk.

The Guiding Principles outline various ways in which businesses should act to prevent or mitigate potential human rights violations, including “capacity building” of its suppliers. If the corporation does not enjoy the necessary “leverage” over a supplier, it should consider terminating its relationship with that supplier. The Guiding Principles recognize that the supplier might be critical to the corporation’s business, but state that “for as long as the abuse continues and the enterprise remains in the relationship, it should be able to demonstrate its own ongoing efforts to mitigate the impact and be prepared to accept any consequences – reputational, financial, or legal – of the continuing connection”.

Strengthening the Guiding Principles to meet needs of homeworkers

The Guiding Principles will be used to update the ILO’s MNE Declaration and the OECD Guidelines in 2017. WIEGO will be making inputs into these processes. To make the Guiding Principles an even stronger instrument for protecting homeworkers, we suggest the modifications below. Specifically, these should establish the following duties of the state:

This year is an important one for homeworkers. The ILO is seeking to update its MNE Declaration, which is likely to form the basis of a Convention on supply chains, if there is one. The OECD is also amending its OECD Guidelines, which is based on the UN Guiding Principles, and was adopted in May 2011 by the 42 OECD and non-OECD countries that adhere to the OECD Declaration on International Investment and Multinational Enterprises. Like the MNE Declaration, the Guidelines are non-binding guidelines (in the form of “principles” and “standards”), but apply specifically to businesses that are incorporated in OECD countries and in signatory countries to the Guidelines.

The OECD Council has made it mandatory for countries that adhere to the Guidelines to establish a National Contact Point (NCP), which can take a number of institutional forms (including one or more government ministries or officials, an independent body, or others). NCPs are tasked with promoting and implementing the Guidelines. In some countries, these NCPS are proving to be effective. And, businesses are encouraged to have “internal operational-level grievance mechanisms” and to use NCPs mediation/conciliation services as well as “international dispute settlement mechanisms, including arbitration” and courts.

The OECD is seeking to translate businesses’ responsibility to identify, prevent, mitigate, and account for human rights abuses into concrete, practical actions. WIEGO is in the process of consulting with HomeNet and its affiliates to see how these duties could be translated into actions that will protect homeworkers.