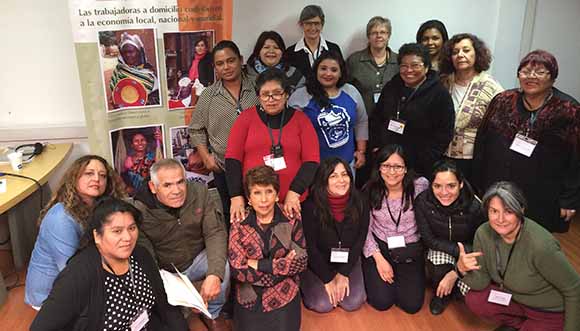 The decision came during the Second Regional Meeting of Home-based Worker Organizations and Supporters in Latin America, held in Santiago de Chile in May of this year. The meeting’s purpose was to exchange information, reflect on the situation of home-based workers, discuss future activities, and develop a regional action plan.

We discussed the formation of COTRADO-ALAC, it’s goals, and how it was formed with Laura Raquel Morillo Santa Cruz, WIEGO’s Organization & Representation Programme Officer for Latin America. 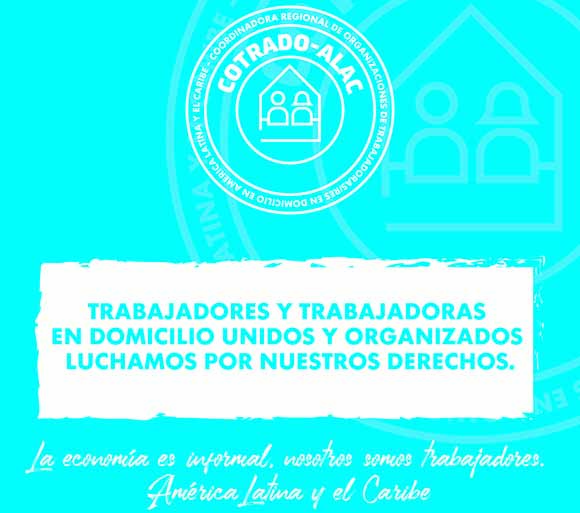 This is exciting to hear about the newly launched “Coordinadora Regional de Organizaciones de Trabajadoras/res en Domicilio en América Latina y el Caribe (COTRADO-ALAC)”. Can you tell me about its aims and goals over the next five years?

The COTRADO-ALAC is an initiative of nine organizations from six countries. Its primary goal is to support home-based workers and their organizations in the region. We are officially launching today, October 20th, in coordination with the International Home-based Workers’ Day. We thought this would be a great way to launch this initiative and raise the visibility of home-based workers in the region.

We hope that over the next five years the COTRADO-ALAC will grow to have a presence in more Latin American countries, that it will meet on a regular basis with regional members, and that it will develop close links with the regional HomeNet organizations in South East Asia, South Asia, and Eastern Europe. We also hope that there will be a number of global home-based worker meetings over the next five years in which COTRADO-ALAC members can participate.

COTRADO-ALAC also has longer-term goals, starting with assisting organizations to check on their local legislation and regulations on home-based workers. They will also be putting pressure on national governments across Latin America to ratify ILO Convention 177.

Another interesting goal of the organization is to take up the WIEGO Child Care Campaign in their own countries. One of the challenges for women workers in the informal economy is the sharing of time between their family responsibilities, such as child care, and their work. The challenge stems from a lack of public child care services. Under these circumstances, it is important for government and state entities and authorities to remember that access to quality public child care services protects women's earnings and ensures their children have an equal start in life.

Who are Latin America´s home-based workers? Can you tell us about them?

We have found that, in Latin America, home-based workers perform a variety of activities, from designing and manufacturing clothing to weaving and pottery-making to jewelry-making, catering, and pet caretaking. A specific example of this is Red Nacional de Trabajadores y Trabajadoras Autoempleadas (RENATTA), in Peru. Members of one of its affiliates, Agrupación San Agustín de Ñaña (comprising 32 women and 9 men), perform several activities depending on the season: sewing and embroidery of blouses and pants by request, catering (cakes), jewelry making, waving bags and shoes with macrame, etc. They identified themselves as workers with “thousand jobs” (“trabajadores mil oficios” in Spanish).

Most of these women are own account workers, which means that they are self-employed and are responsible for handing all of the expenses and efforts of running their own business. Many double up as vendors of their own goods in street markets. The practice of contracted homework exists as well, particularly in garment production.

Across the region, the majority of home-based workers are women. Most of them have to balance family responsibilities (child care, elder care, etc.) and work. They may also have trouble finding jobs outside the home due to their lack of education or training, their age, or immigrant status.

When families have economic restrictions, women have to start working at a young age to support their families, and sometimes that means stopping studying. In these conditions, they get lower paid jobs with no social benefits. By the time they start a family, they have to stop working outside the home to take care of their children. And if they decide to work, they do it at home or in the neighbourhood. Furthermore, by the time their children are older, women find themselves without any kind of training to have well paid jobs. That is often why they begin working at home. 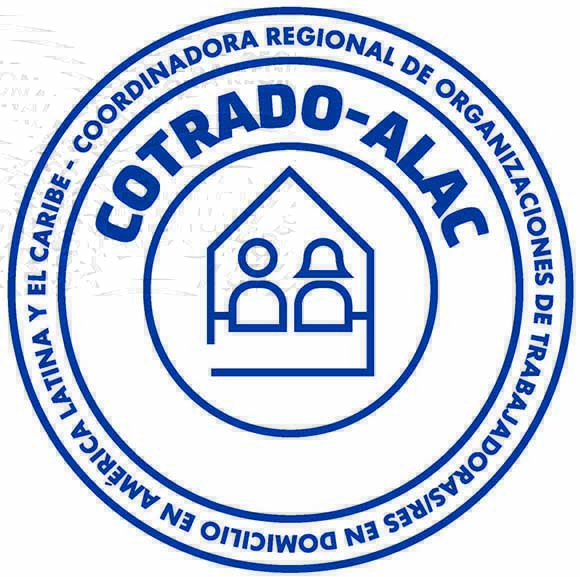 Only one Latin American country, Argentina, has ratified the ILO Convention 177 on homework. What have been the barriers to ratification, and what is the organization´s strategy to gain more momentum behind this campaign?

Probably the most significant barrier to ratification is that many organizations, as well as governments, are unaware of C177 or have forgotten about it. In response, it was a key decision of the recent regional meeting to put pressure on Latin American governments to ratify and implement C177. It is interesting to note that although only Argentina has ratified the Convention, both Uruguay and Peru have laws which incorporate many of the rights attached to C177.

Read “Promoting the ILO Home Work Convention (C177) and the Rights of Homeworkers".

Can you talk about the process that went into forming the COTRADO-ALAC?

Besides that, representatives of some organizations participated in the Global Conference of Home-based Workers in Delhi, India, and a regional meeting in Kampala, Uganda, in 2015. In both meetings, participants had the chance to exchange their experiences and learn from each other.

In 2016, Tatiana Rojas, a representative from Chile, joined the WIEGO Working Group that participated in the General Discussion on Decent Work in Global Supply Chains at the 105th Session of the International Labour Conference in Geneva. It was an opportunity to inform the ILO constituents about the situation of home-based work and home-based workers in Chile and Latin America, and how engagement in global supply chains can contribute to sustainable development, inclusive economic growth, and decent work for all. Moreover, it tightened ties between representatives of other regions and the Latin American region within the WIEGO working group. All these developments were reported to and shared with the organizations in Latin America.

By the time we held our Second Regional Meeting of home-based workers, organizations were eager to take action together. They agreed to join efforts and share goals and activities to support home-based workers in their countries and in the region. That’s when COTRADO-ALAC was formed.

Read the full Delhi Declaration and the Five-year Action Plan.

WIEGO has focused a lot of its attention on home-based workers in Asia. What are some of the similarities and differences you´ve found across regions?

Wherever we go, we find that home-based workers are invisible to the rest of the city: to policymakers and law makers and to the general public. They are isolated in their homes, so when they work long hours or don’t get paid by a middleman, they have nowhere to go. This is common across regions.

Do you see scope for exchange across regions? What would this look like?

Yes, the experiences of home-based worker organizations from other regions will always be valuable. It is important to promote interactions and synergy among organizations, so they can exchange information, reflect on important issues, and take decisions and actions. Organizations can communicate with each other through face-to-face meetings or through social media.