On 20 June 1996, homeworkers around the world scored a big win when the International Labour Conference (ILC) adopted the Home Work Convention. This Convention (C177) aims to promote and protect the rights of those who work at home creating products for an employer.

But 20 years on, too few countries have ratified the Convention and too few workers have realized their rights. Now, home-based workers and their organizations and allies have created a global campaign of action.

Who are Home-based Workers and Homeworkers?

Home-based workers are those who do paid work within their homes or the surrounding grounds. They produce goods for local or global value chains.

Homeworkers are a specific category. They are sub-contracted by individuals or firms, often through intermediaries. Typically they get paid by the piece and given raw materials, but cover much of the other costs of production.

Home-based workers are among the most invisible and poorly paid workers. The majority are women.

Learn about the size, contributions and challenges of home-based workers.

C177 on Home Work calls for these workers to have the rights of other wage workers, such as:

Homeworkers are much more organized than they were in 1996, and are gaining recognition for their contributions on every continent. They have regional networks in South Asia, South East Asia and East Europe, and are organizing in Latin America and Africa.

In 1996, only seven countries had statistics on home-based workers. By 2016, more than 50 countries collected these statistics. (Below are links to Statistical Briefs for some of these countries.)

However, in 20 years, only 10 countries have ratified C177. It is time to demand more – to take action that leads to many more national ratifications. To push harder for much greater recognition of rights for this important workforce. 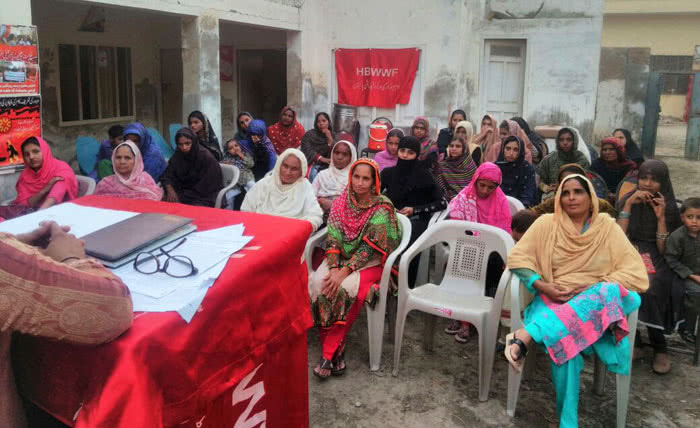 The Kathmandu Declaration in 2000 established October 20 as Home-based Workers’ Day. To commemorate the day in Pakistan, HomeNet South Asia affiliate Home-based Women Workers Federation (HBWWF) organised a series of events and demonstrations across Pakistan, including a press conference in Hyderabad, a rally in Karachi, and a workers’ convention in Sanghar. These activities were aimed at drawing attention to the situation of home-based workers in the country, and to present a series of demands, including: 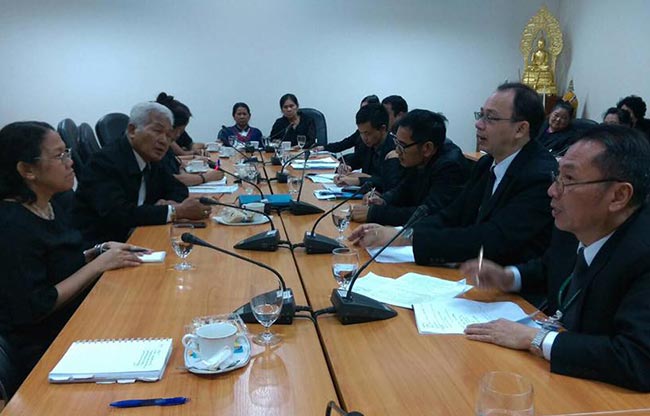 Also on Home-based Workers Day, leaders from HomeNet Thailand visited the Department of Labour Protection and Welfare, (in the Ministry of Labour), to engage in dialogue about the road map for ratification of C177 and the enforcement of the Thai Homeworkers Protection Act (2010). The department staff informed leaders that these issues will be reflected in their upcoming organizational plan. 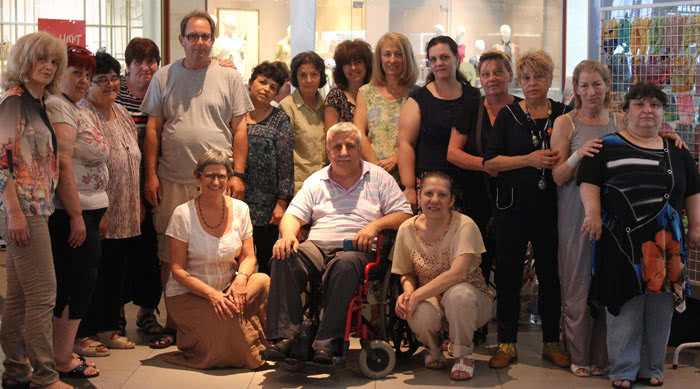 From 17-20 June 2016, members of HomeNet Eastern Europe gathered in Sofia, Bulgaria to mark C177's 20th anniversary. Representatives from Bulgaria, Serbia, Macedonia, Montenegro and Turkey participated in the events organized by the Bulgarian Federation of Self Employed and Informal Workers, the Association of Home-Based Workers of Bulgaria and the Bulgarian Union for Direct Democracy. Events included an exhibition/bazaar where own-account home-based workers displayed and sold their wares, a meeting between country representatives and WIEGO, a press conference to raise visibility, and a gathering where home-based worker leaders from Bulgaria and other Eastern European countries delivered a memorandum to the office of the Minister of Social Affairs in Bulgaria. Read the Declaration of Home-Based Workers developed in Sofia, Bulgaria during these activities.

Commemorating 20 Years of the Home Work Convention at the ILO

On June 7, 2016, during the International Labour Conference in Geneva, Switzerland, the Workers' Group of the ILO organized a special event, "Commemorating 20 Years of the ILO Convention on Home Work (C177)". WIEGO and homeworker representatives participated in the event where panelists reflected on the negotiation process towards a Convention 20 years ago, progress to date in terms of country ratification, discussed examples of legislation protecting homeworkers and the Convention's continued relevance today. Read more about this event and read about the similarities and differences between 1996 and 2016 for homeworkers.

The ILO Discussion on Decent Work in Global Supply Chains

From May 30 to June 10, 2016, members of the WIEGO network participated in the general discussion on decent work in global supply chains at the ILO International Labour Conference (ILC) in Geneva, Switzerland.  As part of this process, members of the WIEGO network collaborated to develop a platform of demands which sets out the key issues and challenges faced by homeworkers and their demands for improved working conditions, rights and decent work. Homeworker representatives highlighted these demands during the discussion and took the opportunity to promote ratification of C177 on its 20th Anniversary. Read more about this event and view the platform of demands. 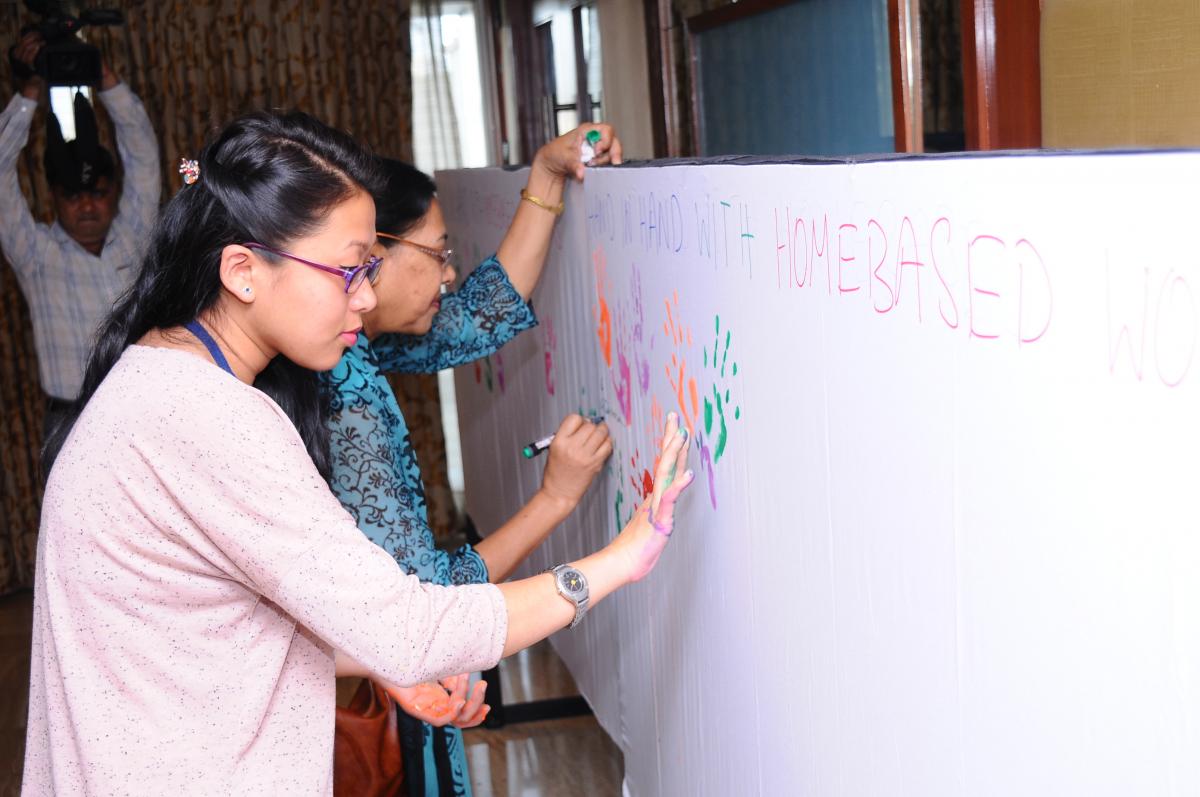 Celebrating Home-Based Workers, an international event held in March 2016 in Ahmedabad,  was organized by HomeNet South Asia (HNSA) and WIEGO. It marked the 20th anniversary of C177 and shone a spotlight on the lives, experiences, contributions and needs of home-based workers. Attended by about 150 participants, it also sought to increase solidarity and highlight the need for more national C177 ratifications. Read more about this event.

In February 2015, members of 60 networks, associations and trade unions of home-based workers, along with NGOs and researchers from 24 countries, met in New Delhi at a Global Conference of Home-based Workers (organized by HNSA and WIEGO).

After two days of discussion, the attendees adopted the Delhi Declaration. It says that despite more than two decades of struggle and an international Convention (C177) “home-based workers … remain unidentified, invisible, unrecognized, discriminated against, voiceless and denied our rights as workers.” And it makes this commitment:

“We declare our commitment to supporting, building and strengthening our organizations and gaining recognition, rights and representative voice. In order to improve our lives, we are committed to extending our networking and to building global solidarity. To start with, we have also committed ourselves to an action plan.”

A Guide to Promoting C177

Promoting the ILO Home Work Convention (C177) and the Rights of Homeworkers: A Manual for Workers’ Educators and Facilitators

Written by Dave Spooner and Celia Mather, the manual was produced by the Global Labour Institute for HomeNet South Asia.

For a consise overview of C177 and how it benefits governments, homeworkers and employers, read HomeNet South Asia’s ILO Convention 177on Home Work and Why It Should Be Ratified.