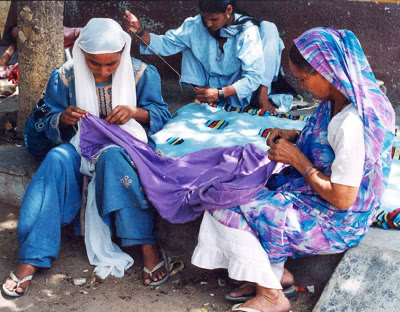 It's has been more than two decades since the adoption of ILO's Home Work Convention (C177) of 1996, but only 10 countries have ratified it.

C177 aims to promote and protect the rights of those who work at home, producing goods for local and/or global value chains. Sub-contracted by firms or or intermediaries, they are usually paid a typically low piece rate.

Countries that have ratified C177

Subcontracted homework is a significant source of income, particularly for women, around the globe. But almost all the countries that have ratified C177 are in Europe - half are in Eastern Europe.

In all regions, home-based workers are organizing to gain recognition, and their organizations are mobilizing  around C177. WIEGO is supporting those organizations.

Promoting the ILO Home Work Convention (C177) and the Rights of Homeworkers: A Manual for Workers’ Educators and Facilitators