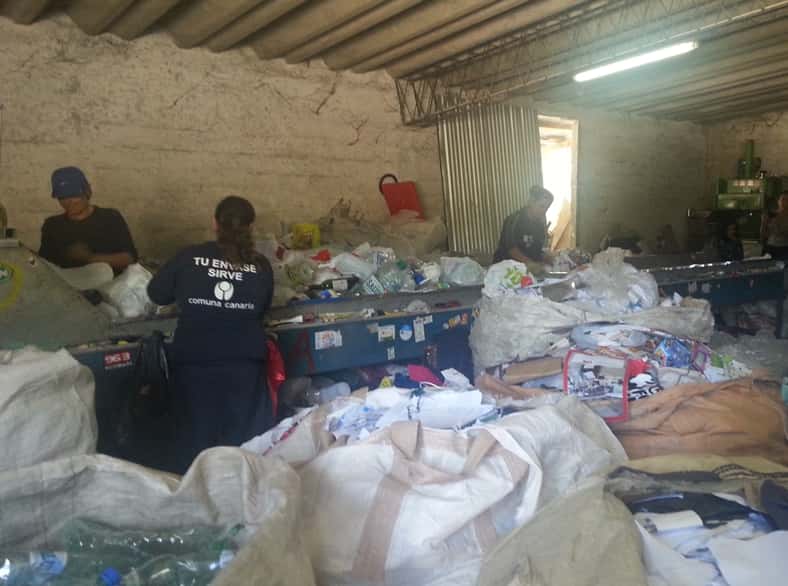 systems. They are forming cooperatives, associations, unions, movements and networks.

The extent and depth to which waste pickers have organized varies across countries and regions.

In Latin America, some waste picker organizations are as old as the Cooperativa Antioqueña de Recolectores de Subproductos, formed in Medellín, Colombia in 1962. However, activism took a firmer hold in the 1990s. One example was the city-wide formation of the Asociación de Recicladores de Bogotá (ARB) in 1990 (read more about the growth and accomplishments of ARB). In 2005 the first meeting of the Latin American Waste Picker Network (LAWPN) was held in Brazil with only four countries participating. Today, the LAWPN includes movements and associations of waste pickers from 17 countries.

In an increasing number of cities, waste pickers have formed collectives to advocate for their rights to inclusion in municipal planning around solid waste management, and to be recognized as providers of waste collection and recycling services. In a few cities, particularly in Colombia and Brazil, waste pickers now have the right to sell to or bid on contracts with the municipality.

See Waste Picker Video Series: Chronicle of a Fight for Inclusion about the struggle in Bogota. For a 2019 update, read this blog: In Colombia, a Global Model for Inclusive Recycling is under Threat.

In India, the Alliance of Indian Wastepickers (AIW) is a national network of 35 organizations comprised of waste pickers and itinerant buyers with a presence in 22 cities. Their focus is on campaigns, peer support, advocacy, and cross-learning.

In Pune, India, a waste picker union known as KKPKP, a partner with WIEGO in the Inclusive Cities project and a WIEGO member, has provided valuable support to its members and formed a cooperative of self-employed waste pickers or waste collectors who, among other things, provide door-to-door collection services to Pune residents. Read Integrating Waste Pickers into Municipal Solid Waste Management in Pune, India by Poornima Chikarmane.

In other parts of Asia, a mapping exercise carried out by KKPKP on behalf of WIEGO, found NGOs working on waste issues in Cambodia, Indonesia, Philippines, and Thailand, with municipalities and citizens groups who understand the situation of waste and waste pickers in these countries. Many waste pickers are loosely organized internally, and represented by one of their own group or by an activist. Trade unions and networks of other groups have also been supporting or initiating new work in this sector. You can see all these groups and more in the global map “Waste pickers Around the World”.

In Ghana, WIEGO is working with waste pickers who have been organizing themselves on Kpone landfill. The waste pickers began organizing so they could gain control of their lives and livelihoods, and seek recognition from the authorities. Association President Johnston Doe explains in this video:

In South Africa, waste pickers are beginning to organize: in addition to the formation of groups, associations, cooperatives on landfills and in local areas, a national association is taking shape.  The South African Waste Picker Association (SAWPA) held its first meeting in 2009. Read Options for Organizing Waste Pickers in South Africa by Jan Theron and Organizing Reclaimers in Tshwane, South Africa: Lessons from the Top Down and Bottom Up Experiences by Melanie Samson.
More information

Waste pickers are fighting many battles on many fronts:

In response to these pressures, waste pickers around the world have voiced a common set of demands.

Some waste pickers have formed “women only” organizations to confront gender issues. Research suggests that women waste pickers are more likely to belong to organizations. A small-scale study conducted in Brazil found that 56 per cent of the members of waste picker organizations, cooperatives and associations are women. (Data were collected in 2007 by CATAUNIDOS, a commercial network of nine cooperative enterprises in Belo Horizonte Metropolitan Area.)

Learn about a Gender in Waste Picking project that has been piloted in Brazil. The project led to the creation of a toolkit (in Portuguese).

Forging links across continents helps the development of organizations by sharing information, showcasing successes and inspiring nascent movements. Waste pickers have increased their global networking since the First World Conference of Waste Pickers in 2008 in Bogota, Colombia, where Bernardo Toro discussed the importance of organizing for waste pickers. See the presentation.

The Global Alliance of Waste Pickers is a networking entity supported by WIEGO and bringing together waste picker organizations in more than 28 countries. At a First Global Strategic Workshop of Waste Pickers in 2012, waste picker representatives from 22 countries determined that sharing at the global level was important and could build an international sense of solidarity. However, while the Global Alliance should serve as a knowledge base and uniting force, the waste pickers emphasized that the focal point for advocacy and action must continue to be the local, national and regional organizations. Read the report in English or Spanish.

Through the Global Alliance, waste pickers’ representatives have taken the world stage at international climate change conferences to highlight the need for global policies that respect, rather than hinder, their work. Learn about Waste Pickers’ at UN Climate Change Negotiations.

In 2013, waste pickers’ organizations played an active role at the International Labour Conference (ILC) 2013, where “Sustainable Development, Green Jobs and Decent Work” was the theme. Read the delegation’s report.

The Global Alliance of Waste Pickers website provides a wealth of up-to-date information on waste pickers around the world, their struggles and triumphs – all in Enligsh, French, Portuguese and Spanish. Visit www.globalrec.org

Benefits to Waste Pickers of Organizing

Related Reading
Refusing to be Cast Aside: Waste Pickers Organizing Around the World by Melanie Samson.

The Occupational Health of Waste Pickers in Pune: KKPKP and SWaCH Members Push for Health Rights by Ujwala Samarth