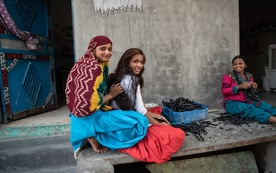 The vast majority of urban workers in India today (nearly 80 per cent) are informally employed. The urban informal workforce is engaged in a wide range of activities from manufacturing in small family units, to services like domestic workers and electricians, to trade in small shops or on the streets, to manual labour, notably in construction, to transport workers. Women are a particularly invisible part of this urban work force as they tend to be home-based workers who produce goods and services in their own homes or domestic workers: neither group gets properly counted in official statistics.  For the urban informal workforce, particularly the self-employed, city planning, policies and practices have a major impact on their livelihoods.

Informal workers are disadvantaged by city policies in a number of different ways, and while they constitute the majority of the urban workforce and population, they are at the periphery of city planning and policies.  From  1 – 2 December 2020, INHAF, the Mahila Housing SEWA Trust (MHT) and Women in Informal Employment: Globalizing and Organizing (WIEGO) will host two linked webinars on cities and informal workers in India. These webinars will envision cities where the informal workers are recognized and become an important part of cities so that they have more secure and remunerative livelihoods and happier lives. 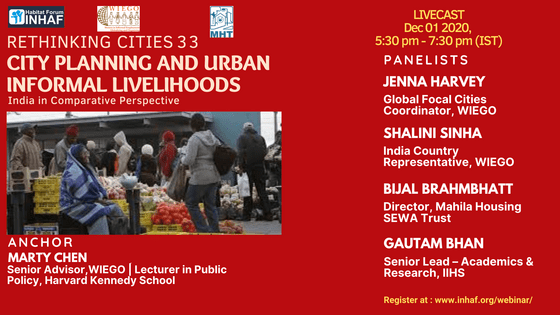 This webinar, moderated by International Coordinator Emeritus and Senior Advisor, WIEGO and Lecturer in Public Policy at the Harvard Kennedy School. Marty Chen will focus on how city plans, policies and practices impact and urban informal workers. 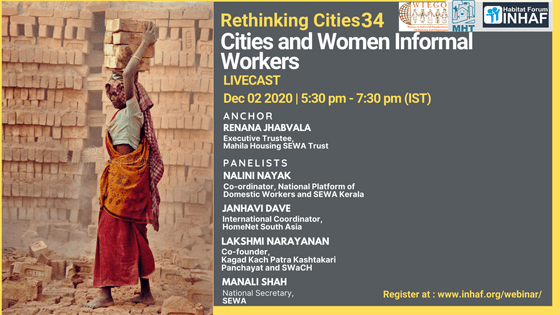 This webinar will height the important role of women informal workers, the difficulties they face due to their invisibility and the importance of urban policies which would benefit them.