What the Rana Plaza Disaster Taught Us about Worker Safety Everywhere 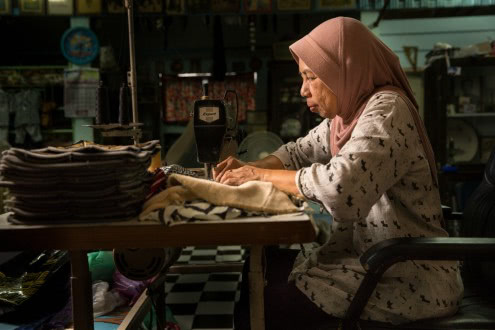 Published Date
7 May 2015
By
Sally Roever

The Rana Plaza disaster in Bangladesh in 2013 revealed the deathly factory conditions of garment workers, many of whom were stitching for the world's biggest brands. While the disaster has raised awareness -- and even moved forward promising steps to improve working conditions -- there is yet a another, even more invisible, garment-industry workforce, made up up mostly poor women, who are laboring out of their homes with almost no protection and no security.

The disaster at Rana Plaza two years ago has brought desperately needed attention to working conditions experienced in South Asia’s garment factories. Though challenges remain, the deaths of over 1,100 garment workers have since led to increased safety inspections and some meaningful reforms to improve the treatment of workers.

Behind the now visible struggle of garment workers in factories, however, another tier of the garment industry continues to toil in the obscurity of long supply chains and ambiguous employment relationships. These workers are home-based. They are mostly women. They work for extremely low piece rates for traders and contractors in supply chains whose end market is unknown to them. 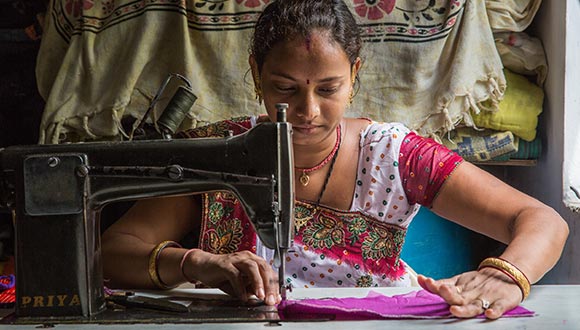 Home-based workers absorb a wide range of costs associated with the production process. They provide the workplace (their own home); pay for utilities, including electricity and water, that feed into the production process; purchase or rent equipment such as sewing machines; and buy their own inputs, like sewing needles and machine oil.

Behind the now visible struggle of garment workers in factories, however, another tier of the garment industry continues to toil in the obscurity of long supply chains and ambiguous employment relationships.

These costs of production weigh heavily against the paltry piece rates they earn. A recent WIEGO study found that sub-contracted garment workers in Ahmedabad, India, earn between US$0.43 and US$4.32 per day, but most earn under US$2.00; in Lahore, Pakistan, most earn between US$0.25 and US$5.21, but many earn under US$1.00. Workers reported that if they ask for better wages, they are told the work will be given to someone else.

There are other costs and risks that don’t appear so transparently in the balance sheet. Many home-based garment workers must go to the trader’s shop, by foot or by local transport at their own expense, to collect cloth and any other raw materials provided by the trader. Sometimes the trader is not there at the agreed time, or makes the worker wait for many hours; sometimes he doesn’t have everything the workers need, so the worker must return again and again. These delays are not factored into deadlines for the worker; she must stick to her original delivery date, or lose wages.

The poor condition of their homes leaves home-based workers vulnerable to occupational health and safety hazards.

Further, the poor condition of their homes leaves home-based workers vulnerable to occupational health and safety hazards, and limits their productivity. Without much space for doing the stitching and storing the materials, many workers can only take one day’s worth of work home at a time.  Their homes flood during the rainy season, and they bear the costs if raw materials are damaged. When the electricity goes out, they work by candlelight, exposing their homes to fire hazards.

A vulnerable position in the value chain

Like garment workers in factories, home-based garment workers operate from a vulnerable position in the value chain. They are highly exposed to risk -- in the study cited above, just seven per cent in Ahmedabad and three per cent in Lahore live in households with health insurance -- and highly depend on their earnings for survival. This opens the doors for contractors to take advantage; for example, they sometimes give loans to home-based worker for personal emergencies, furthering the latter's dependence on them.

Also, like garment workers in factories, home-based workers don’t have written contracts with their employers or contractors. This means home-based workers have little leverage when a contractor or trader fails to comply with agreements. Delayed payments are common, and some contractors supply damaged raw material but dock the worker’s pay when the material is returned in the form of a finished product.

In neighborhoods, as in factories, workers have found that collective action can be a viable path for pushing back. Workers in the same neighborhood who all work for the same contractor may collectively demand a wage increase or compensation for work injuries. More broadly, home-based workers are organizing in local, national and regional networks; in February 2015, the first Global Conference of Home-Based Workers took place in New Delhi at which worker representatives from 60 organizations in 24 countries issued the Delhi Declaration outlining their commitment to organizing and recommendations for action.

There are also state-led approaches that make a difference. State governments in India have set up Worker Welfare Boards for specific industries in which large concentrations of informal workers can be found. These welfare boards are funded through a tax on production in those industries, and deliver benefits to workers in the form of identification cards, toolkits, training and limited basic health care coverage. These small investments make a big difference in the lives of home-based workers.

Whether the workplace is the factory or the home, sustained effort is needed to ensure the effective protection of garment workers’ rights and the effective enforcement of employers’ obligations. Without a proactive effort to shore up legal protections for informal garment workers, the industry will go on exposing them to intolerable costs and risks.