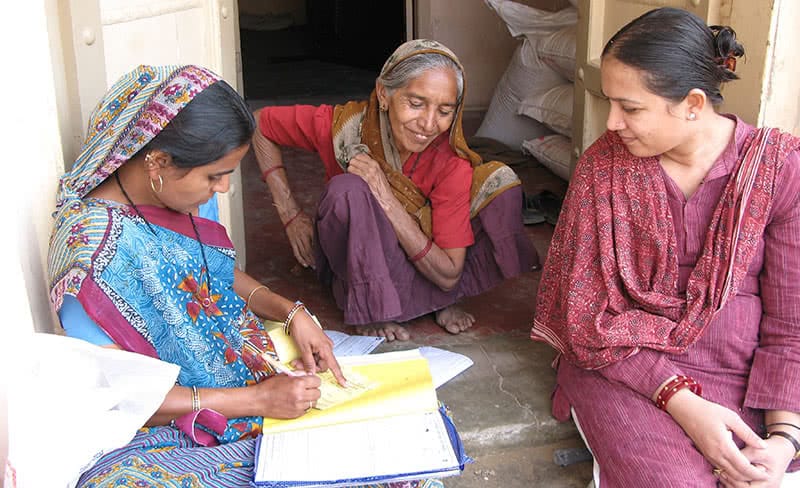 Published Date
4 May 2015
By
Joann Vanek

Myths abound in the field of informal employment statistics—from ‘there are none’ to ‘they don’t tell us anything.’ Here are answers to some of the most common ones.

Myth #1: There are no statistics on the informal economy.

Statistics on the informal economy is a relatively new area for data collection by national statistical offices. But substantial progress has been made in the development of these statistics since 1993 when the International Conference of Labour Statisticians (ICLS) recommended a statistical definition of the “informal sector,” and since 2003 when it added a statistical definition of “informal employment” covering employment both inside and outside the informal sector.

Increasingly, national statistical offices are including data collection on informal employment in their labour force surveys and are doing so as an input to policy-making. The selection of an indicator on informal employment in the 2030 Agenda for Sustainable Development makes the collection of data on this topic a priority for national statistical offices.

Perhaps most noteworthy is Mexico's release of information on informal employment and its contribution to the GDP on a routine basis as key economic indicators. In 2011, the International Labour Office (ILO) and WIEGO prepared a database on informal employment and employment in the information sector with nearly 50 countries. These data, updated and with additional countries, are now in the main ILO statistical database ILOSTAT. In addition, data files for over 100 countries were acquired by the ILO and are the basis for harmonized estimates of informal employment worldwide. These are published in the ILO's Women and Men in the Informal Economy: A Statistical Picture 3rd edition (2018) and in a forthcoming ILO WIEGO Statistical Brief.

To assist countries in planning surveys on informal employment, the ILO, the International Expert Group on Informal Statistics (known as the Delhi Group), and WIEGO prepared a manual, Measuring Informality: a Statistical Manual on the Informal Sector and Informal Employment.

Myth #2: The ‘informal sector’ refers to employment that is not formal.

Myth #3: Informal economic activities are so diverse and vary so much across countries that it is impossible to have a statistical definition that would apply to all countries.

Myth #4: National employment statistics do not include people who work as domestic workers, home-based workers, street vendors or waste pickers.

Employment statistics—for example, the number of women in the labour force overall—do pick up people who work as domestic workers, home-based workers, street vendors, and waste pickers, although often as an underestimation. The statistical challenge is not only to capture these workers as employed, but also to identify the specific category of work in which they are employed. Only one of them—domestic workers—is routinely identified as an occupational category in official national statistics, and this group is often under-estimated and misclassified.

In part, the challenge arises because informal employment arrangements are generally more difficult to measure than formal. The location of work may be in the household or in non-permanent locations. Further, more than one question is often required and countries may not include all needed questions. For example, some countries do not include questions on place of work, which is a key indicator in distinguishing domestic workers (“employer’s home”), home-based workers (“own home”), and street vendors (“public spaces”). Challenges also stem from the need to ask enough questions and to have sufficient response categories to identify these groups. Response categories are based on international and national classifications of industries and occupations that may not be sufficiently detailed to specify these categories. And even with a detailed classification, the tabulations produced may not reach down to the level of detail required to specify these worker categories.

As countries are pressed to produce data more frequently or to undertake multi-purpose surveys rather than a dedicated labour force survey, questionnaires are shortened and sample size is reduced. This further limits the possibility of data on categories of informal workers. All users and potential users of these statistics should press national statistical offices to produce these data.

Initially, the statistical definition of informal employment was applied to developing countries only. Yet it is increasingly recognized that there are employment arrangements in developed countries that fit this definition and would be identified as informal employment in developing countries. A substantial share of the labour force in developed countries works under arrangements which provide reduced benefits and limited access to social protection: in own- account self-employment; temporary (or fixed-term) employment including temporary agency work, on-call, or contract company work; and some forms of part-time work.

In 2008 WIEGO launched an initiative to provide for the classification and analysis of the full set of employment situations in both developed and developing countries. WIEGO continues this work through participation in the ILO Expert Group on the Quality of Employment and through participation in the ILO Working Group to revise the International Classification of Status in Employment. The harmonized estimates of informal employment prepared by the ILO (2018) are an important advancement as they contain estimates of informal employment and employment in the informal sector for developed countries.

Myth #6: Informal employment is so unproductive that there is little need to measure its contribution to GDP.

Just as the concept of the informal sector is relatively new in labour statistics, it also is new to the field of national accounting. The most recent manuals containing guidelines for the preparation of national accounts, System of National Accounts 1993 and the 2008 System of National Accounts, recommend that countries prepare estimates of the contribution of the informal sector to Gross Domestic Product (GDP) or Gross Value Added (GVA). Many countries now do so.

The following statistics give an example:

Recently, Mexico estimated the contribution of total informal employment—both inside and outside the informal sector—to the national economy. In July 2014, the National Institute of Statistics and Geography (INEGI) made available the first estimates of the contribution of the informal economy to the Mexican economy for the years 2003-2012. These estimates continue to be updated; the share of the GVA contributed by the informal economy dropped slightly from around 24 per cent in 2003 to a still significant 23 per cent in 2016.