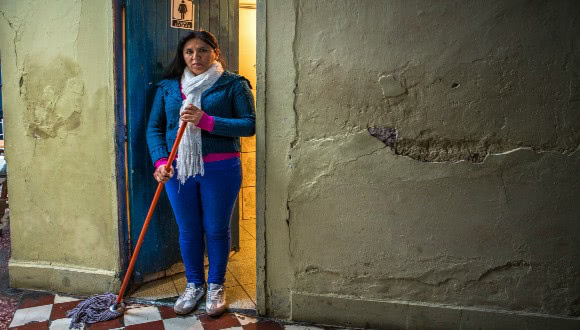 In 2019, the International Labour Conference (ILC) adopted Convention 190 on Ending Violence and Harassment in the World of Work (C190). It was a significant victory for informal workers—especially women—whose organizations had advocated tirelessly to ensure this Convention addresses the realities of the world’s most vulnerable workers.

The majority of the world’s workers don’t work in offices or factories. They work in private homes or in public spaces like streets and landfills. They are domestic workers, home-based workers, street vendors, waste pickers and other informal workers. In their daily work lives, they can experience myriad forms of harassment and violence, and often lack the power to protect themselves or to seek justice. Women informal workers are particularly vulnerable, and face gender-based forms of physical, sexual and psychological violence.

In their daily work lives, they can experience myriad forms of harassment and violence, and often lack the power to protect themselves or to seek justice.

For two weeks, informal workers made their voices heard at the ILC in Geneva, laying out their challenges and their needs. With the passage of C190 on June 21, 2019 (the vote: 439 for, 7 against, 30 abstain), “the right of everyone to a world of work free from violence and harassment” is established as a new labour right that can be drawn on to protect workers around the globe. 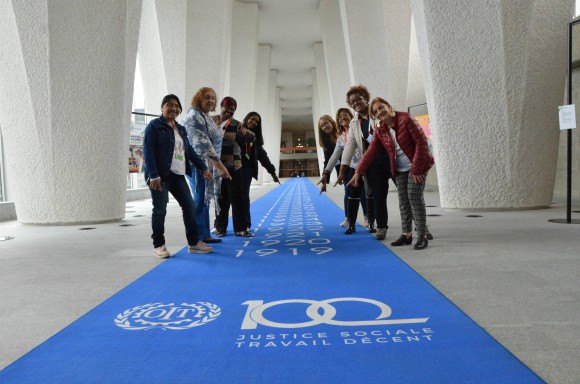 WIEGO’s International Coordinator, Sally Roever, notes there are many victories in the Convention for informal workers, who represent 61 per cent of the world’s labour force.

“The Convention allows for a broad definition of ‘the world of work’ that includes those working without formal contracts. Further, there is a broad definition of  ‘the workplace,’ mentioning for example public and private spaces, and a broad definition of violence and harassment so that both can be viewed as occurring on a spectrum,” Roever explained. “The language covers work as it actually exists in the world, not just in labour economics.”

"The language covers work as it actually exists in the world, not just in labour economics," says Sally Roever, WIEGO's International Coordinator.

These points are critical to the two billion people who earn their livelihoods outside of formal work arrangements.

Sonia George from the Self-Employed Women’s Association (SEWA), an affiliate of the International Trade Union Confederation (ITUC), was a WIEGO delegate at the ILC. She described the complexity of many poor women’s work lives: they might tend to someone else’s children and household in the morning, sew clothing in the afternoon as part of a global supply chain, then prepare food to sell in the streets—all in pursuit of a decent livelihood.

Watch the statement of Sonia George, representing SEWA and WIEGO at the ILC.

In every one of these roles, they do not have a formal employer or go to a conventional workplace, she explained, yet are vulnerable to violence and harassment. “A power imbalance strongly operates in the world of work,” George told the ILC. “Systemic violence creates risk for all workers, but particularly for marginalized groups who work in the informal sectors.”

"Systemic violence creates risk for all workers, but particularly for marginalized groups who work in the informal sectors," Sonia George of SEWA told the ILC.

She pointed to multiple forms of inequality due to gender, class, ethnicity, age or migrant status, and said that policy regulations must take all of that into account. 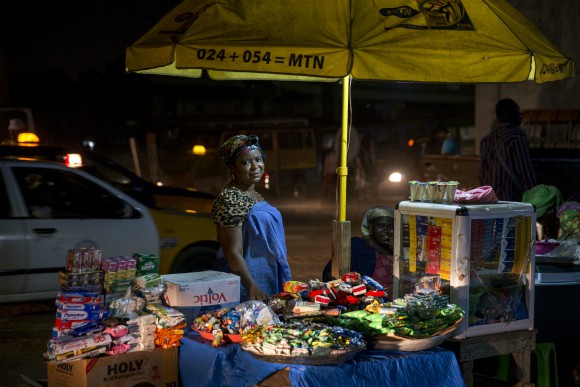 Street vendor and waste picker representatives were also part of WIEGO’s delegation. Lorraine Sibanda, President of StreetNet International, said those who work in public spaces have little protection from harassment or brutality. The perpetrators might be criminals—or they might be local authorities. In either case, informal workers say police too often ignore their complaints.

“Informal economy workers and street vendors who work in public spaces suffer from physical, moral and sexual violence,” Sibanda said. Abuses include brutal evictions, confiscation of goods, arrests, extortion of bribes and other types of assault carried out by local authorities.

Abuses include brutal evictions, confiscation of goods, arrests, extortion of bribes and other types of assault carried out by local authorities.

StreetNet, SEWA and waste picker representatives successfully proposed the inclusion of  language in the Convention that names public authorities and refers to the state’s overall responsibility to ensure proper implementation of the Convention. This includes protecting workers and following due process.

This clause recognizes the importance of governments at all levels, including local, and ensures authorities can be held accountable for measures implemented by federal governments.

Domestic workers will also benefit from the C190, which includes “private spaces” as a workplace. Regulations intended to protect workers have typically excluded the private home, where domestic workers too often experience diverse forms of gender-based violence due to the unequal power relations that characterize their employment relationship.

The impact of domestic violence on the world of work

C190 also notes that domestic violence has an impact on workers—especially women workers—and their livelihoods. The new Convention lays out measures governments, employers and workers organizations can take to support survivors of domestic violence.

The new Convention lays out measures governments, employers and workers organizations can take to support survivors of domestic violence.

Sally Roever notes that many of these gains were achieved through the strong voices and diligent, focused work of women informal workers and their organizations and networks for many years.

An ILO Convention is a vital catalyst for change—but it is just the beginning. Workers’ organizations will now begin the hard work of organizing and advocating for the ratification and implementation of C190 in their own countries so that national laws, policies and practices protect all of the world’s workers.

Feature photo: LIMA, PERU. Pemina Gamboa Urquiza works as a domestic worker in several households, and is a member of Peru’s Domestic Workers’ Union (Sindicato de Trabajadoras del Hogar del Perú, SINTRAHOGARP) in Lima. She and many other informal and invisible workers will benefit from C190's protections against violence and harassment. (Photo by Juan Arredondo/Reportage by Getty Images).