From Mozambique to Mexico, Domestic Workers are Fighting for their Rights — and Telling their Stories | WIEGO Skip to main content

From Mozambique to Mexico, Domestic Workers are Fighting for their Rights — and Telling their Stories 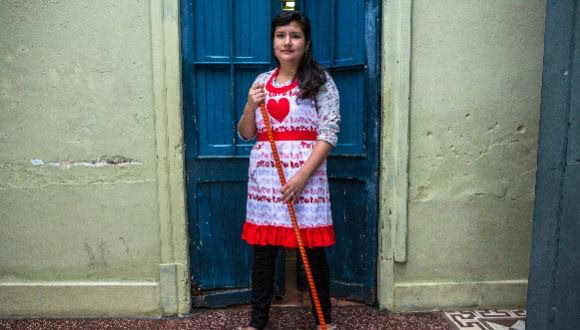 Domestic workers — those who cook, clean, sweep, and child-mind in private homes across the globe — face unusually challenging circumstances in their every day working lives. Those challenges have fuelled a movement by the workers themselves, and this week we’ll hear from those women on the frontlines fighting for recognition and change.

The Invisible Challenges of Private-home Workplaces

Behind closed doors, domestic workers are both invisible and isolated from fellow workers, leaving them to struggle alone with the good or bad will of their employer — and that can be a complicated situation. Despite the concept of the home as a “safe haven”, growing evidence suggests domestic workers are exposed to a range of unhealthy and hazardous working conditions, including violence and harassment — an issue that was taken up at the International Labour Conference earlier this month. Further complicating their work situation are differences in race, class, and citizenship, creating a highly unequal relationship between employer and employee. Speaking up and out is challenging.

This week, we’ll hear from three women — in Mozambique, Mexico, and South Africa — who tell us how they ended up as domestic workers and, importantly, how they found solidarity with other women in their same positions. These women have led local-level organizing efforts in their cities and eventually across their respective countries. They have connected to fellow organizations in their region and across the world to launch a global movement for their rights. Last week marked the seventh anniversary of a landmark achievement in their organizing efforts at the highest levels: the adoption of the Domestic Workers Convention 2011 (No. 189) by the International Labour Organization.

Watch this video on how informal workers organize for change. 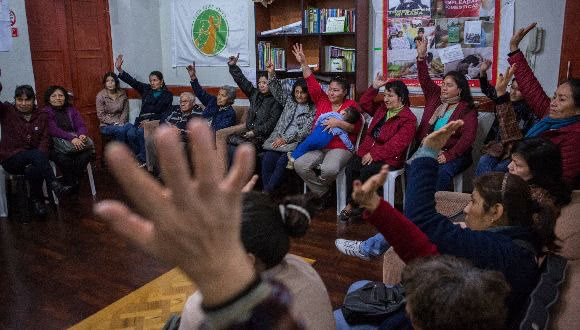 LIMA, PERU. Members of the Union of Women and Men Domestic Workers of the Lima Region (known as SINTTRAHOL) raise their hands in a vote of solidarity. Photo: Juan Arredondo/Reportage by Getty Images

Camarada Albertina Mundlovo has been a domestic worker in Maputo, Mozambique, since the 1990s. She is a member of the National Union of Domestic Workers (SINED), which is advocating for Mozambique to ratify the ILO's Convention 189 on Decent Work for Domestic Workers.

Like most domestic workers, Albertina is expected to arrive before her employer leaves for work. Fearful of arriving late, she catches a public taxi in the opposite direction, then doubles back towards the city. “I end up paying double,” she explains. “But if I waited for a direct route, I would never get on. Women have lost their lives fighting for a spot.” Employers often turn a blind eye to the transportation crisis, she argues. “Maybe it’s because they watch cable news to escape the reality of our country.”

Nicknamed the “patience industry” by domestic workers, it is characterized by low wages, long hours and rigorous schedules, humiliating tasks, unhealthy working conditions, and vulnerability to abuse. Albertina finds this paradoxical given the intimate nature of the profession.

“We are the pillars of their households. We protect their belongings, their families, even the money they leave lying around. I raised a child from when he was born until he was ten,” Albertina recalls. However, even after being like a second mother to children, she says that domestic workers get no respect. “We have the same blood running through our veins but we are treated as an alien species.”

Read the full story, “Organizing the Patience Industry: Profile of a Domestic Worker in Maputo, Mozambique” by Ruth Castel-Branco. 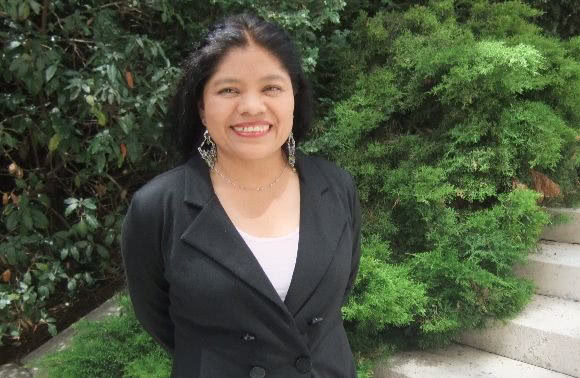 Marcelina Bautista at the ILC in 2011. Photo: WIEGO

With no possibilities of an education past the primary level or work in her home town, Marcelina left Oaxaca at the age of 14 and traveled alone to Mexico City to find her future. She didn't know anyone in the big city, nor did she speak Spanish, but she did want to study and earn a living for herself and to help her family economically. Her options however, were limited — live on the streets or work as a live-in household worker. She soon discovered the harsh realities of the profession.

At 14 years of age Marcelina worked a grueling 15-hour schedule with only one day off every two weeks. Her list of tasks seemed endless. Additionally, she was responsible for taking care of children and found the situation difficult — she wanted to play as a child but didn't have the rights of a child. She had the responsibilities of an adult worker, but not the rights of one and as is often the case, she didn't realize this. “It's very hard to take on such responsibilities at that age. You have to put your own childhood aside”.

Myrtle Witbooi has been advocating for the rights of domestic workers since 1969, helping to create both the South African Domestic Workers Union (SADWU) and the South African Domestic, Service and Allied Workers Union (SADSAWU). Together with other domestic workers unions and the International Labour Conference (ILC), they established the International Domestic Workers Network (now IDWF). For all her efforts, Myrtle was recently chosen as a finalist for the Challenging Norms, Powering Economies challenge, an initiative of Ashoka, Open Society Foundation, and UN Women. 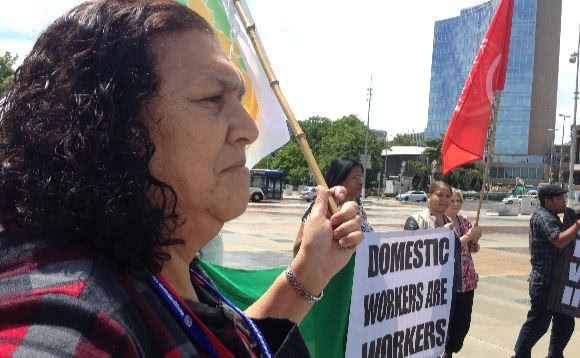 Myrtle Witbooi leads a demonstration at the ILC in 2014. Photo: J. Shenkar.

Myrtle's personal struggle started back in 1966 when she was barred from further education. She had problems with her identity papers, so she resorted to becoming a domestic worker. She was asked to take on dozens of tasks for which she had no training at all: babysitter, nurse, security guard, cook, cleaner — all aspects of “home economics.” She served one family for twelve years, raising their child with love, working without even one paid holiday. She learned first hand that domestic workers were either invisible or a caricature in society's eyes. In 1969, when a newspaper article disparaged domestic workers for bad behaviour, she couldn't resist. She took up a pen and made her voice heard in a letter to the editor. She demanded to know, “Why are we different? Why must we work like slaves?” This spontaneous outburst changed her life forever.

Read Myrtle’s full story in “’Our Struggle is Far from Over’” by Leslie Tuttle.

Read more about domestic workers’ lives and their struggle for their rights.