Five Case Studies that Illustrate Steps Toward an Inclusive City 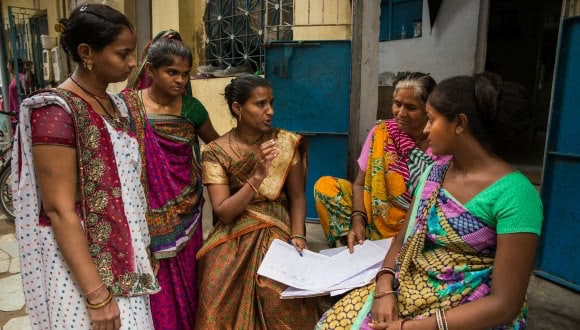 Creating “inclusive cities” is a hot topic right now. Habitat III has just wound up in Quito, Ecuador – the UN’s urban conference that brought together urban leaders from around the world – and the recently adopted New Urban Agenda sets forth a roadmap for creating a more just and sustainable urban world. How national and local governments will do this and what models they will follow is still a question – one for which WIEGO’s Inclusive Cities project may have some answers.

Since 2008, WIEGO and Inclusive Cities partners have been working to develop practical models that support informal workers – the majority of whom work in cities in the Global South – reversing the current exclusionary trend of many modernizing cities. In the examples that follow, it’s clear that change is possible but only if informal workers’ needs and concerns are heard and validated in the process. From Accra to Bangkok to Bogotá, cities that recognize informal workers and involve them in planning not only secure livelihoods for the most vulnerable urban populations, they also help to create cleaner, greener, more socially responsive cities.

In Accra, market traders (many of them women), sell food and related items, cooked food, and clothes, or are artisans like hairdressers, carpenters, tailors, and seamstresses. For years, the city’s market traders faced unsafe and unhygienic working conditions, including poor drainage and waste disposal, frequent fires, inadequate lighting, and regular harassment from authorities. Institutional and governance challenges perpetuated an increasingly dangerous work environment.

Trader associations set out to improve the situation in the city. They started by mobilizing other traders, disseminating important information to traders’ associations, and building workers’ skills to engage effectively and proactively with the local authorities. They also undertook a study that revealed occupational health and safety issues and the institutional challenges from above and below that needed to be addressed to reduce the risks.

Through this process, traders in Accra learned to engage effectively and proactively with the local authorities – an important step in their struggle for recognition and for safe and healthy working conditions. Read more.

In Bangkok, many home-based workers have been relocated from the center to the outskirts of the city as a result of major infrastructure projects. On the periphery, many of these communities lack accessibility to basic utilities, such as tap water, and experience serious flooding. The area is also underserviced in terms of public transport – a deficit that impacts the livelihoods of home-based workers as they need to obtain raw materials and get goods to market once completed.

In order to address the transport issues in a way that empowers workers, HomeNet Thailand, which has been working for decades to improve conditions for home-based workers, facilitated a series of city dialogues with home-based workers, residents of the districts, and city officials. The dialogues developed unity among workers in the various districts, helped them to understand the city’s bureaucracy, and introduced worker groups to officials. Importantly, home-based workers gained a commitment from authorities to address their issues, who acknowledged it was rare to hear directly from affected communities. More bus routes have been implemented, along with the promised construction of a pedestrian bridge for the community. Read more. 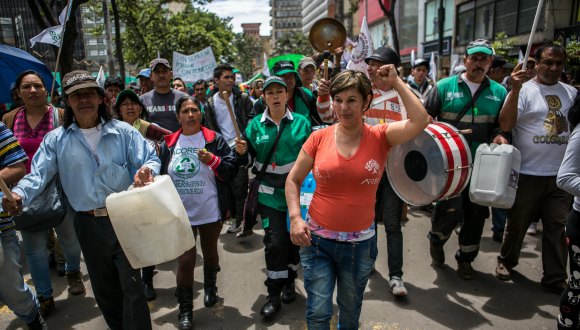 Colombia’s waste pickers have been an extremely vulnerable group, earning low incomes and exposed to harassment and abuse from authorities. Their challenges arise from a system that favors models of privatization as perceptions of waste have changed – from worthless to valuable material. As a result, waste pickers have lost access to waste, and they’ve also lost regulatory and policy battles to private interests that have the capital and political influence to define governance practices in their favor.

Since the 1990s, the Asociación Cooperativa de Recicladores de Bogotá (ARB) has been defending waste picking as a profession, encouraging the upward movement of waste pickers in the recycling value chain, and working towards the integration and remuneration of their activities into the public service. The ARB has 1,800 members, 58 per cent of whom are women.

ARB opted to overcome the challenges waste pickers face through four strategic approaches: the legal defense of waste pickers’ fundamental rights, social mobilizing, forging alliances, and developing policy proposals. The use of legal defense has been ARB’s most visible approach and has produced a series of Constitutional Court pronouncements upholding the waste pickers’ rights. In March 2012, ARB presented a proposal for the inclusion of waste pickers into the waste management system. The city adopted many points of the proposal. ARB also negotiated a direct payment scheme that incentivizes end users to promote the concept of recovering recyclable materials – an important step in increasing the security of waste pickers’ wages and work. Read more.

For the vast numbers of workers in Delhi – 86 per cent of whom work in the informal economy – decent working conditions remain largely unattainable. This is particularly true for home-based workers, a large workforce within the informal economy. These workers (over half of whom are women) are predominately embroidery workers who earn their livelihood from Delhi’s large garment and apparel industry.

Delhi’s home-based workers face many challenges. They are at the bottom of a global value chain, receiving work and payment from sub-contractors, and have the least bargaining power. They are vulnerable to exploitation, irregular work, and low wages. They live and work in dilapidated housing, with little or no sanitation and access to electricity – both of which affect productivity and health.

Since 2006, the Self Employed Women’s Association (SEWA) Bharat has been working to increase livelihood opportunities for home-based workers through the creation of a new production model, enterprise development, social security services, and advocacy. SEWA Bharat has created five Embroidery Centers and Sub-centers in slum areas, which link members to the production process as well to support services like health training, microfinance, and skills training.

Through these centers, SEWA has helped reorganize the supply chain by bringing home-based workers into direct contact with international markets; by bypassing middlemen, and setting piece rates, which doubles their members’ incomes; and has even established a producer-led company called RUAAB, which home-based workers own and operate. Read more.

Warwick Junction, Durban’s largest transportation node and trading hub, is a mainstay of urban life in the city. Nearly a half-million people walk through the area daily, and it hosts between 5,000-8,000 informal workers, selling everything from beadwork to traditional arts and crafts to fresh produce to clothing, accessories, and traditional medicine. Despite Durban’s progressive post-apartheid policies, the city’s approach in the last decade has begun to shift, and the situation has worsened for informal traders.

In 2010, Asiye eTafuleni (AeT), an organization that was founded to support viable public spaces with income-producing potential for both street and market informal traders, began addressing increased harassment and eviction faced by the informal traders. AeT engaged with the Faculty of Law at the University of KwaZulu Natal (UKZN) in order to raise awareness among students about the legal issues informal workers were facing in Warwick. Students were asked to participate in a volunteer programme aimed at giving traders a legal education on 2010 FIFA World Cup bylaws in preparation for the contemplated removals and exclusions of traders during the tournament.

In 2011, AeT developed a comprehensive Street Law Programme in conjunction with the traders and in partnership with Students for Law and Social Justice (SLSJ). The programme developed street law seminars, which were conducted by the law students. These seminars were used as practical and participatory methods of creating awareness of legal rights, responsibilities, and engagement in democratic processes.

Trader leaders from street committee structures and membership-based organizations within Warwick Junction attended these seminars, which became a platform for discussing legal topics prepared by students and other emerging legal issues that required professional legal assistance. Through the seminars, it became clear that unity among traders in Warwick was critical to ensuring traders’ voices were being heard. In support of unity, AeT provided institutional and strategic support through a series of capacity-building workshops, which culminated in the formation of the South African Informal workers Association (SAIWA) in July 2011. In late 2011, AeT conceived a comprehensive legal framework, which itself identified that developing partnerships between AeT and other legal institutions was critical in managing the legal issues faced by traders requiring legal technical assistance and support. Read more.