In 1997, 10 specialists on the informal economy met to plan a collaborative project that would bring together multiple constituencies in support of women workers and entrepreneurs in the informal economy. While most of WIEGO's key features were part of the original plan, the transformation of the project into a global action-research-policy network far exceeds the expectations of our founders.

From Inception to 20 Years Old: One Strategic Vision 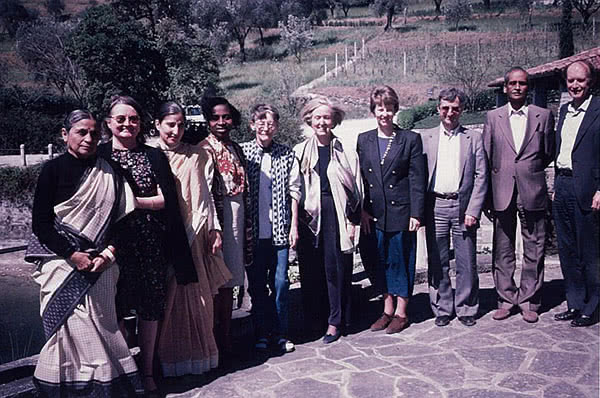 The group consisted of:

The specialists who took part in the four-day meeting, held at the Rockefeller Foundation Study & Conference Center in Bellagio, Italy, brought together a remarkable breadth and depth of experience of working with informal workers or on the informal economy. And they shared a common concern: that official statistics and mainstream policymakers do not adequately understand or value the contribution of informal workers, especially women workers, to national economies. As a result, little attention was paid to how policies affect women workers in the informal economy or how their situation can be improved.

The specialists met to plan a collaborative project that would promote a better understanding and appreciation of women workers in the informal economy. The project was to be implemented by a coalition of organizations and individuals drawn from member-based organizations of informal workers, research institutions, and international development agencies and governed by a steering committee comprised of the 10 specialists plus selected others (including representatives of home-based worker and street vendor organizations). The goals were to promote better statistical accounting and research, stronger organizations and networks, and supportive policies and programmes for women workers in the informal economy.

The founders named the project “Women in Informal Employment: Globalizing and Organizing” (or WIEGO, for short).

Most of the defining features of WIEGO today were part of the original plan: notably, the three constituencies (member-based organizations of informal workers, researchers and statisticians, development professionals) and the three key functions (building networks of organizations of informal workers, promoting better statistics and research, and advocating for supportive policies and programmes). But the founders did not anticipate that the WIEGO project would transform into a global action-research-policy network that would continue to grow and evolve over the next two decades.

WIEGO today far exceeds the expectations of our founders.

This report of that meeting has more.

In June 2012, WIEGO's Board, several members of the WIEGO Team and seven external resource people met at the Rockefeller Centre in Bellagio to reflect on the achievements of the first 15 years and chart the course forward.

WIEGO called this strategic review and planning workshop “The Working Poor in the Informal Economy: Strengthening a Global Alliance, Forging a Global Response”.

Participants reflected on big-picture trends affecting the informal economy, including both threats and opportunities on the first day. On the second, they explored WIEGO’s niche or value-add compared to others working on the informal economy, especially in respect to new entrants in the increasingly crowded field.

The immediate outcome of the workshop was a renewed sense of purpose and direction for the WIEGO Network and the members from three constituencies.

The WIEGO Board and Team stayed on to discuss future directions for WIEGO’s work. Team members took the lessons from the workshop and planned how to follow-up on the key ideas and recommendations coming out of the workshop. 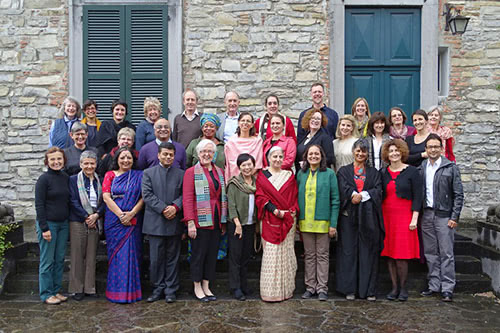 As WIEGO turned 20 in 2017, it undertook an in-depth, year-long internal strategic review. Again, Board and Team members joined external experts for a strategic planning retreat at the Rockefeller Foundation Center in Bellagio in April. The three external resource persons were from the Indian Institute of Human Settlements, the International Labour Organization, and the World Bank (meet them here).

This presentation captures 20 Years of Impact

The retreat explored the future of work and of cities, and the associated opportunities and threats for informal workers and for WIEGO. Participants discussed WIEGO’s financial position and fundraising strategy. They also discussed plans for working with organizations of informal workers to push for implementation of key provisions in the Sustainable Development Goals, ILO Recommendation 204, and the New Urban Agenda.

The WIEGO board and team left Bellagio with renewed commitment to informal workers and their organizations and to WIEGO's vision and model of change—namely to empower informal workers to demand an enabling environment and to secure their livelihoods by increasing their voice, visibility and validity.

Read the Report from the 2017 Bellagio Meeting.