Women and Men in the Informal Economy: A Statistical Picture 3rd edition

In this third edition of Women and Men in the Informal Economy: A Statistical Picture, the ILO presents the first global estimates of informal employment. The publication provides comparable estimates of the informal economy and its components for over 100 countries, including both developing and developed countries and both agricultural and non-agricultural labour. 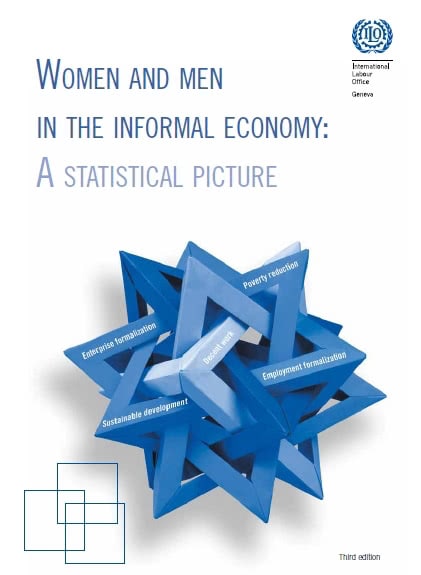 The publication provides a global overview of statistics on the magnitude, composition and characteristics of the informal economy at the levels of world, emerging and developing countries and developed countries. It also presents these statistics by region and sub-region. In addition, an Annex presents the data at the country level.

Key findings: 61 per cent of the world's labour force is employed in the informal economy, representing about 2 billion workers.