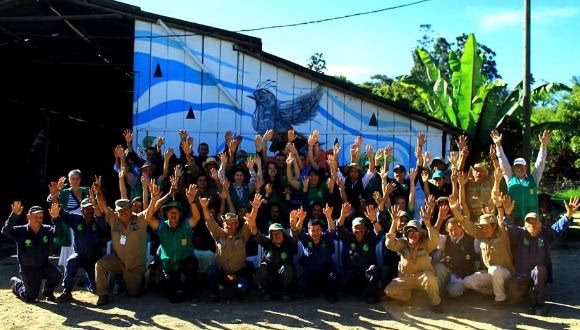 In this interview, Martha Elena explains how they went from a disparate group of displaced people fleeing Colombia’s armed conflict to a cohesive cooperative that has gained respect and proper payment for the important recycling services they provide to their new community.

We saw the need to be trained first before anything to be able to influence public policy.

The journey has been a difficult one but the cooperative has made significant advances, including being part of a countrywide waste-picker led effort to gain formal recognition, which was established through a series of Constitutional Court rulings. And, in 2016, Decree 596 by the Ministry of Housing, Cities, and Territory established a formalization process for waste pickers’ organizations to become recycling service providers.

In Colombia as elsewhere, waste pickers have struggled against stereotypes of their work as “dirty” and also to earn a living from their waste collection and recycling, despite the valuable contributions of their labour. The decree, however, acknowledged their work and recognized waste pickers as providers of a public service — a pivotal moment for Planeta Verde’s members and a global model for integration.

Watch this video about the contributions of waste pickers and other inclusive recycling models.

These legal gains, however, were just the beginning. The decree set benchmarks for certain organizational capacities that needed to be established to ensure the services were professional and ready to meet the standards of the national government. Waste pickers organized under Planeta Verde worked hard to meet technical and operational requirements in order to be paid for their recycling services — a major leap forward.

Read more about the payment systems for waste pickers in Colombia. 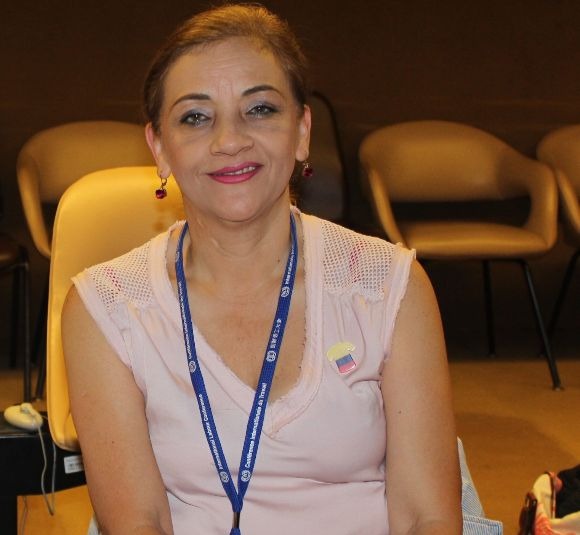 Martha Elena Iglesias after her speech at the 2018 International Labour Conference. Photo: WIEGO

Could you tell us how Planeta Verde was established?

Martha Elena Iglesias: We were established 18 years ago during a pivotal moment, because of the armed conflict situation. People from many other municipalities in the eastern region of Colombia came to Rionegro. It was the municipal capital, but the only trade they found to do was waste picking, because it was an informal trade. As a result, […] the displaced were displacing the waste pickers, because it was the only thing they could find as work.

Planeta was born as a result of a need to, first, generate employment for this vulnerable population; and, second, the dump that served Medellin [the nearby capital city of Antioquia] was already at its end stage and Rionegro did not have a contingency plan of where it would deposit its waste, so we saw another opportunity there, too.

Planeta Verde has really become a leader and model for other waste picker organizations in Colombia, especially in Antioquia’s region. How did you gain this strength and focus?

MEI: Since the beginning, we have been very clear about the issues of, first, formalization and, second, training. We saw the need to be trained first before anything to be able to influence public policy. It was a process that started with teaching waste pickers to read and write, because most of them were illiterate, and from there we gradually continued with the whole process of training. Today we have waste pickers who have finished their primary schooling and their high school. That has empowered us because … in order to be able to know those rights, they first had to basically learn to read and write.

We gave ourselves the task of empowering waste pickers in their work.

Secondly, we have really believed in partnerships (“asociatividad”), because as waste pickers, we [previously] kept to ourselves — very “my street”, “my cardboard”, “my glass” — and we did not care much about everyone else. So we fought hard for the need to come together, to be very united as a group, and to start talking with other groups from other municipalities.

Thirdly, it is because we have believed in this. We have put everything into it; we have fought hard, first, for waste pickers to get out of that mode of self-discrimination, because we ourselves excluded each other. So, we started to empower ourselves, “You are important, you do a job that is very important." Not only that you are able to earn a living and provide for your family, but also that you make an important contribution to society. Waste pickers did not believe that; waste pickers recycled to be able to eat. We gave ourselves the task of empowering waste pickers in their work, making them feel like a doctor, like an engineer, like an architect.

Waste pickers in Planeta Verde are very committed in what they do, they feel very proud of what they do, and I think that has made a difference.

Watch a video from Johannesburg, South Africa, about the contributions of waste pickers there.

How can Planeta Verde continue to strengthen the movement for waste picker organizations in your region?

Also, we are ... I won’t say “radical” in the sense that we do not listen to other options, but radical in regards to the cooperative and in regards to our principles with our objectives, in regards to what is not negotiable. Planeta has been very clear: we work for the waste pickers’ movement. We owe that movement, and we are not going to deviate from that. 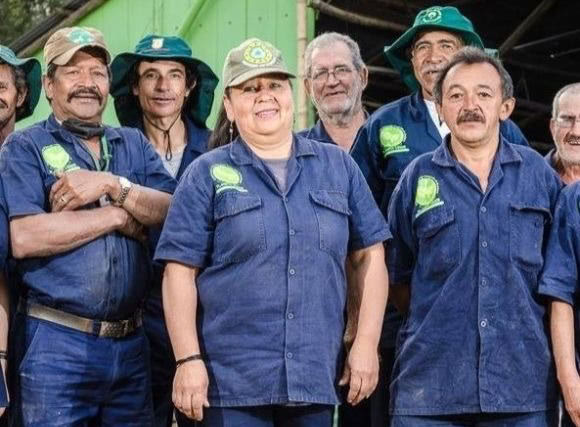 The payment waste pickers receive for their services has been a major achievement. How has it impacted your members?

Obviously, it was a process in which we had to become very disciplined, very serious, so if this is the street where I recycle, I have to go out to recycle, because this is a service that I am providing. This has taken some getting used to. But we have gotten it in our heads that when we provide a service and receive payment for that service, you have to do it very well.

The legal framework recognizes waste pickers’ right to access recyclable materials and to move up the recycling value chain. Has formalization brought you any challenges?

MEI: Well, previously we were invisible, or, if we became visible, people pretended not to see us. And now that the job that we have performed in Colombia for more than 50 years without any recognition involves payment, everyone uses the word “waste picker” to take advantage of the benefits.

In Rionegro, the threat is latent, because there is a company that was created, supposedly by waste pickers, but it does not have one single waste picker in its social base and it is providing the [recycling] service. Worst of all is that the company has the local government’s approval.

We have had to defend every cardboard box, every glass bottle.

For us, it has been an uphill battle because our struggle has not only been with that company, but it is also with the mayor's office and the municipality, because they are the ones supporting them and letting the [company] go first on the routes to have access to the materials. We have had to defend every cardboard box, every glass bottle. We have had to defend it tooth and nail, because we are not going to allow them to take away everything we have fought for.

And secondly, we are trying, through registered complaints to the authorities and entities of monitoring and control, we are trying to suspend this situation or to find a way to limit the access [the private companies] have to recyclable materials. It was only when we started to receive a payment that the competition started, and it is an unequal competition, because although we have complied with everything that the laws require, they have more infrastructure: they have modern vehicles; we go on foot or with a trolley or a cart. It is totally unfair competition, and it has been difficult.

Read about how waste pickers were integrated into selective waste collection in Belo Horizonte, Brazil.

How are you looking forward as an organization?

MEI: Well, first we have to really strengthen ourselves as an organization, because in the financial aspect, we are weak. Right now, we have to start with [obtaining and maintaining] the payment, and to improve our access to technology.

It was only when we started to receive a payment that the competition started.

So, the short-term project is to buy a truck, another truck, because we already have one and we need to be up to speed with the competition and not have to say: "Look, we do not have a truck." And in the long term, the goal is to acquire our own warehouse, not to depend any longer on the municipality**. These are the two most immediate things in terms of infrastructure.

Read more about WIEGO's work with cooperatives and WIEGO’s work with waste pickers.