Nothing for us without us: Participatory processes and the New Urban Agenda | WIEGO Skip to main content

Nothing for us without us: Participatory processes and the New Urban Agenda 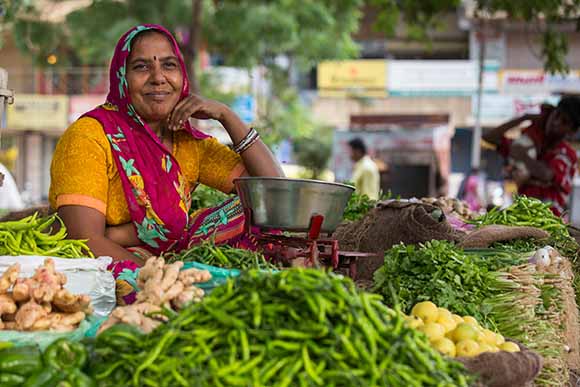 Published Date
20 May 2017
By
Rhonda Douglas

Half the world’s population live in cities, and urban informal workers make important economic, social, and environmental contributions to city life. Rhonda  Douglas from WIEGO argues that the New Urban Agenda must include all urban stakeholders, including the working poor, to ensure it doesn’t leave anyone behind.

More than 50 per cent of the non-agricultural work force in most developing countries is informal. With their work, urban informal workers make important economic, social, and environmental contributions. Street vendors provide inexpensive food, goods and services in convenient locations, waste pickers reduce greenhouse gas emissions while helping to keep the city clean, and home-based workers – many of them women – provide a family income while providing unpaid care work at home.

Despite their contributions, informal workers’ lives and livelihoods continue to be vulnerable for many reasons. Many myths about the informal economy prevail in the minds of city policymakers and the general public ‒ among them the notion that equates the informal economy with illegal activities. These misconceptions have influenced existing local legal frameworks and policies to the detriment of the livelihoods of informal workers. They have also permeated the visions of urban designers and policymakers as they define the future of cities.

In signing the New Urban Agenda, policymakers have acknowledged that visions of urban development need to be revisited to address inequalities. Half of the world’s population live in cities, and it is expected that the trend will continue, especially in developing countries. Cities have become important economic hubs in the world, gathering economic production, and, increasingly, political power. Combined with the transfer of responsibilities from national to local governments over the last decades, these trends have created increasing global competition among cities for investment and resources.

As cities rise economically so do the levels of inequality within them, creating important social, economic, and governance challenges for local authorities. The implementation of the New Urban Agenda provides an opportunity to address these challenges, and to create a new and inclusive vision of city development – one where formal and informal livelihoods are promoted, social and economic gaps can be reduced, and political rights can be exercised.

Along with its allies, the WIEGO Network committed itself to ensuring the voices of urban informal workers could be heard throughout the Habitat III process, with the hope and expectation that the New Urban Agenda will include urban informal workers as key stakeholders working with local and national governments to implement the New Urban Agenda over the coming 20 years.

Cities that recognize informal workers and involve them in planning help create cleaner, greener, more vibrant and socially responsive cities – this is the ideal vision for the “new urban.” Cities must value all people and their needs and contributions equally. All residents, including the urban working poor, must have a representative voice in governance, planning, and budgeting processes. Working towards more inclusive cities will ensure the working poor have access to secure and dignified livelihoods, affordable housing, and basic services such as water/sanitation and electricity supply.

As cities prepare to implement the New Urban Agenda, it’s critically important to note that where urban informal workers have been proactively included in strong participatory processes, significant changes have been the result. Here are just two examples from Asia alone:

India adopted a National Policy on Urban Street Vendors in 2004 with the objective of promoting a supportive environment for street vendors to earn their livelihoods, while reducing congestion and maintaining sanitary conditions in public spaces. The implementation of the policy on the ground was uneven, but it served as a catalyst for street vending organizations to mobilize around a common set of demands. The advocacy efforts of these organizations, (at the national level particularly the Self-Employed Women’s Association and the National Association of Street Vendors), ultimately led to the adoption of the first national legislation to support and regulate street vending – the 2014 Street Vendors (Protection of Livelihood and Regulation of Street Vending) Act. The Act mandates that local vending committees should be set up in each local jurisdiction and that the cities have to negotiate with these local vending committees to determine where best to locate and how best to regulate street vending in each locale.

In 2002, the Thai government introduced the Universal Coverage (UC) scheme where, for a payment of 30 Baht per visit or procedure, all Thai citizens could access health services. In 2007, the government put an end to this 30 Baht co-payment and instituted universally free public health services funded by general taxation. An important aspect that has been integral to the scheme’s success was the participatory approach to policy development and implementation that was adopted by the advocates of universal healthcare in Thailand. Civil society groups, including informal worker organizations, were heavily involved in the campaign for the UC scheme and have continued to be included in its implementation and monitoring.

The agreement of the New Urban Agenda was a step forward in the global dialogue on sustainable and inclusive cities. What’s required now, as the New Urban Agenda is implemented, is a clear commitment on the part of city authorities to develop and promote “sustainable, people-centered, age – and gender-responsive and integrated approaches” – processes that will “empower and include urban stakeholders” as they promised in the Habitat III process. The meaningful inclusion of all urban stakeholders – including the urban working poor – is the basis on which the success or failure of the New Urban Agenda will eventually be judged.