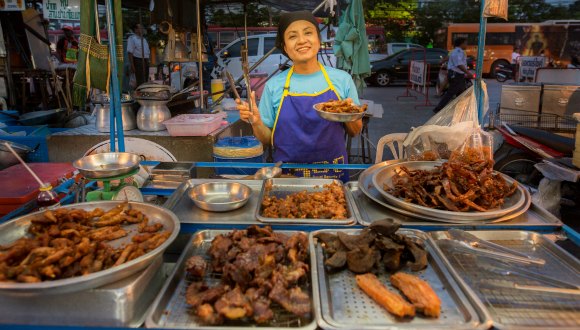 In most developing countries, well over half the urban workforce is informal. Yet informal workers - and their livelihoods - tend to be ignored or excluded in city planning and local economic development. No amount of social or financial inclusion can make up for exclusion from city plans and economic policies. The urban informal workforce, especially the working poor, need to be recognized, valued and supported as economic agents who contribute to the economy and to society.

Urban renewal schemes tend to intensify the disadvantages faced by the urban informal workforce. Consider the case of India where four out of five urban workers are informal. Across India today, urban renewal schemes are undermining urban informal livelihoods. Home-based workers are being forcibly relocated to the periphery of cities. Construction workers are being displaced by machines. Street vendors are being evicted from their traditional markets. Transport workers - bicycle rickshaw drivers, horse cart drivers, cart pullers, head loaders - are banned from certain roads. Waste pickers are denied access to waste and are not allowed to bid for solid waste management contracts. In the name of modernity and growth, 80% of the urban workforce in contemporary India faces economic exclusion, if not loss of livelihoods.

What the working poor in the urban informal economy need most urgently is recognition and inclusion as productive economic agents: inclusion in city planning, the allocation of urban land, basic infrastructure and transport services, and local economic development. Otherwise their livelihoods will remain threatened by the juggernaut of urban renewal. No amount of social and financial inclusion can compensate for the costs of having one's livelihood undermined or destroyed.

Recognition and inclusion of urban informal workers as economic agents is possible. In several cities in India, home-based workers have received basic infrastructure services to improve their homes-cum-workplaces; street vendors have been allocated vending sites by the local municipality; and waste pickers have received contracts from the local municipality to collect, sort, and recycle waste. Most recently, in February 2014, the Parliament of India passed a law to regulate and protect street vendors. There are similar examples from elsewhere in the world. Over 6,000 street vendors in a central market area of Durban, South Africa received infrastructure and technical support. Waste pickers in Bogota, Colombia are being paid by the municipality to collect, sort and recycle waste. And the Government of Thailand has adopted an act in support of home-based workers.

Originally published on the World Bank Jobs and Development blog.