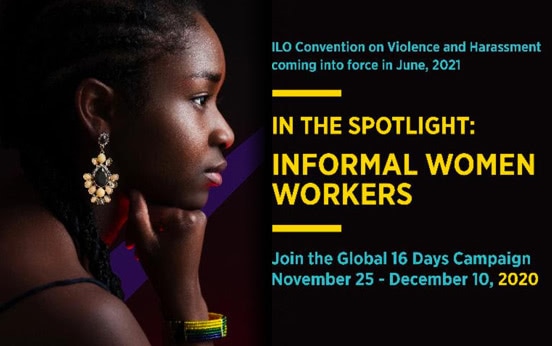 The Global 16 Days Campaign, launched in collaboration with global feminists by the Center for Women’s Global Leadership (CWGL) at its first Women’s Global Leadership Institute in 1991, has been used worldwide to call for the elimination of gender-based violence (GBV). The Global Campaign is coordinated by CWGL and it is run annually from November 25 (International Day for the Elimination of Violence against Women) to December 10 (International Human Rights Day). In 2018, CWGL adopted a multi-year theme, with a focus on ending GBV and harassment in the world of work to build support for a new international instrument. In June 2019, the International Labor Organization (ILO) adopted the Violence and Harassment Convention, C190 and the Campaign shifted its focus to ratification.

Once again this year, the Global Networks representing workers in the informal economy and WIEGO join CWGL and allies to continue the call for ratification of the ILO C190 with a dedicated focus on women workers in informal economy whose lives and livelihoods have been acutely impacted by COVID-19 and the unprecedented economic crisis that has followed. According to the ILO, more than 60% of the world’s employed earn their living in the informal economy and 92% of women in employment in developing countries are informally employed. They face precarious workplace conditions and are typically excluded from national labor laws and denied social protection. The pre-existing risks and vulnerabilities faced by these workers around the world have been heightened and exacerbated by the COVID-19 public health and economic crises.

We invite you to join the 16-day 2020 Global Campaign and amplify the voices of women workers worldwide. 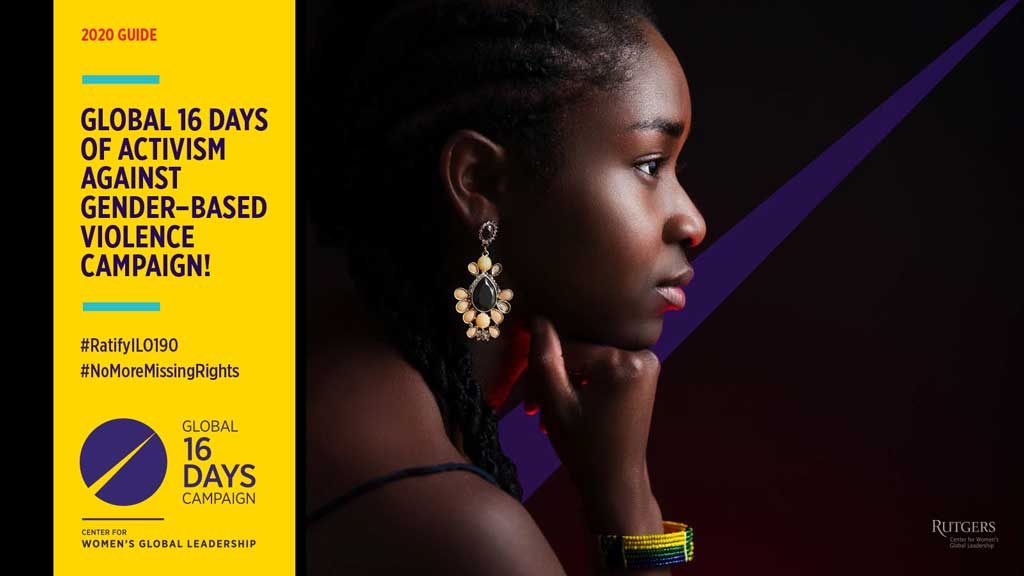 The 2020 Advocacy Guide aims to increase the visibility of informal women workers by highlighting their concerns and recommending activities which can be undertaken during the 2020 Global 16 Days Campaign from November 25 – December 10, 2020, as well as throughout the year.

It highlights the concerns of women workers in six sectors in the informal economy which illustrate the precarious situation of many women in the world of work, including: domestic workers, home-based workers, street vendors, agricultural workers, waste pickers and sex workers.

During the Campaign, download and disseminate the 2020 Campaign Social Media Toolkit. The toolkit includes, GIFS, Twibbon and shareable material for social media. 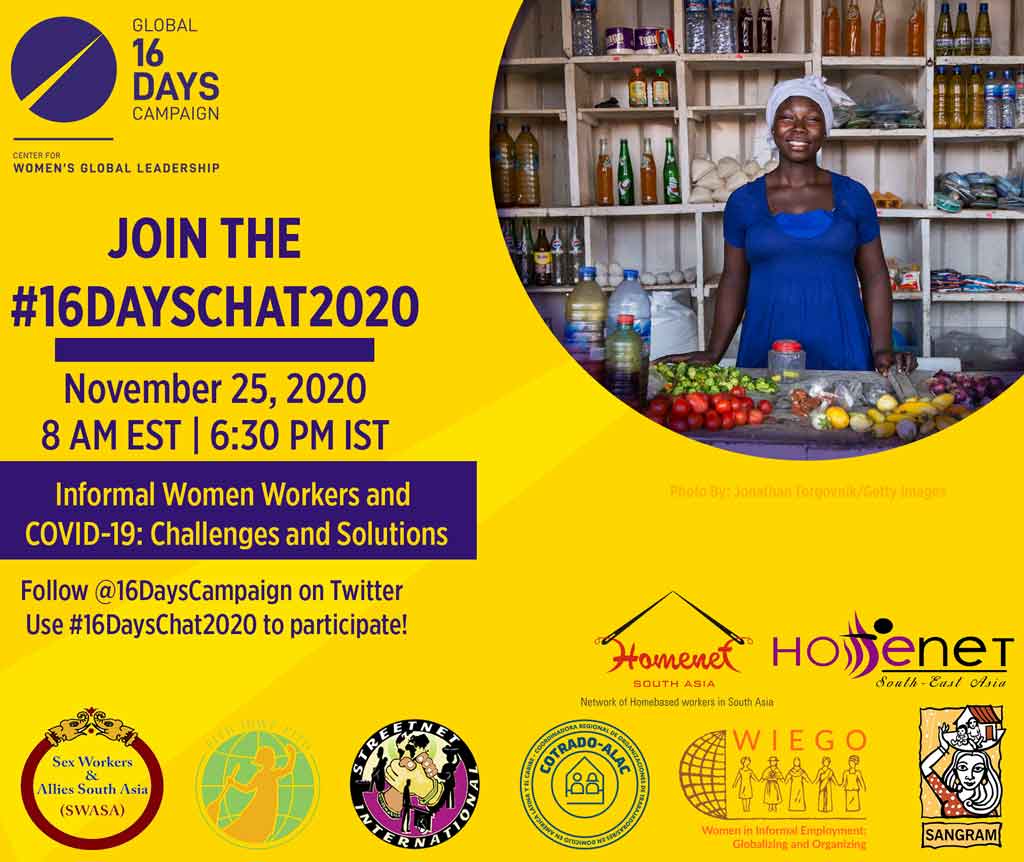 The Global 16 Days Campaign will lead and facilitate a virtual dialogue via Twitter with the participation of the global networks representing workers in the informal economy. During one hour, network representatives will join the conversation highlighting the challenges faced by informal women workers in the world of work, in their own words and via their networks, to amplify the call for accountability based on the obligations of governments to protect their human rights. 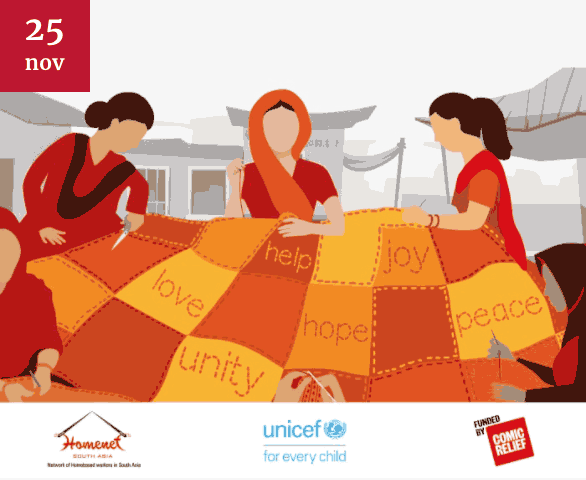 “Together, Towards a Violence-free World of Work for Home-Based Workers”
3:00 PM (IST)

HomeNet South Asia will carry out the webinar “Together, Towards a Violence-free World of Work for Home-Based Workers” to launch the #16DaysCampaign and equip women home-based workers and their organizations in building a violence-free tomorrow.