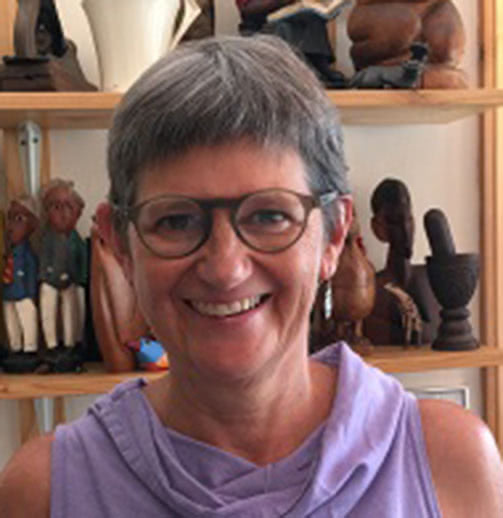 Jane Barrett
Director, Organization and Representation
The imperative to organise informal workers is not simply about recruiting numbers, or even just about improving the conditions under which they generate their income. It is also about changing a mindset and developing new strategies for building the power of workers to influence and change relations in society as a whole.
Expertise
Organising; worker education; policy development, critique and advocacy – in particular urban, gender, incomes and transport policies; climate change

Jane has extensive experience in collective bargaining, membership recruitment and organizing, trade union membership and leadership education, research and policy advocacy. Her specialist interests in the trade union movement were precarious workers, minimum wage regulation, women's empowerment and, more recently, climate change and the working class. From her long involvement with transport workers, including public transport workers, she has extensive knowledge of how cities work (or don't work) for the poor.

Jane has worked in workers' organisations since the early 1980s. These include the South African Transport and Allied Workers Union (SATAWU), the International Transport Workers Federation (ITF) and the Congress of South African Trade Unions (COSATU). She has always had a special interest in women workers.

During her time in the South African trade union movement, Jane amongst other activities spearheaded efforts to organise outsourced and sub contracted workers, workers employed by small companies, and other vulnerable and/or isolated workers; promoted organisational links between the trade union movement and organisations representing informal workers; and represented organised labour in the Employment Conditions Commission which sets sectoral minimum wages, including for domestic workers.

Jane took over the Directorship of the Organising and Representation Programme of WIEGO from Chris Bonner in early 2016.