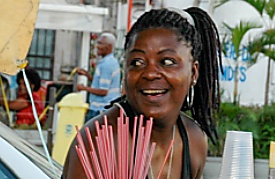 This brief examines data on employment in Brazil from 2012, 2019 and 2020, with a focus on five groups of workers who are mainly informal.

These five groups (domestic workers, market traders, street vendors, home-based workers and waste pickers) accounted for almost 14 million workers nationally in 2019. These groups represented about 15 per cent of total employment and one in four workers in informal employment.

In 2020, after COVID-19 hit, the number of workers in these groups dropped to nearly 12 million and 14 per cent of employment. Women working in these groups were especially hard hit, losing about 1.5 million jobs; by contrast, men lost around 370,000.