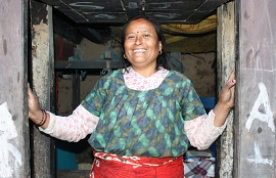 There are over 1.5 million home-based workers in Nepal who represent 22 per cent of total employment, according to the 2017/18 Labor Force Survey. About 1.01 million of these workers are non-agricultural. Home-based work is employment that takes place in one’s own home or in a structure or grounds attached to one’s home.

This brief is an update of Statistics on Home-Based Workers in Nepal, published in 2013. The 2013 brief was based on the 2008 Nepal Labor Force Survey (LFS). This brief presents data from the 2017/18 LFS, including some comparisons with the 2008 LFS.