El Sindicato Unico de la Aguja SUA from Uruguay was created in 1901 and organizes workers in the clothing sector. The union is affiliated to the Inter-union Plenary of Workers — National Convention of Workers — PIT-CNT.

Flor de Liz Feijoo, General Secretary of the SUA, says that on March 13, when it was announced that the coronavirus had arrived in Uruguay, the Women's Commission "Rosita Iglesias" of the SUA decided to start making the first reusable masks (barbijos or tapabocas) in the Union. Consultations with the Faculty of Medicine and Occupational Health at the University of Montevideo provided the criteria for preparing the masks. 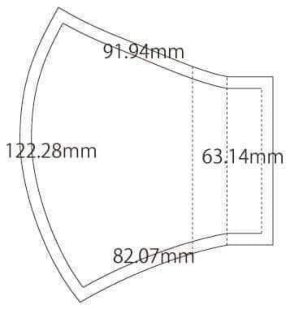 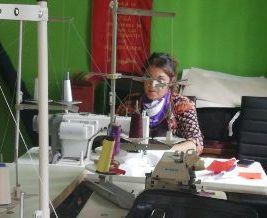 The first 30,000 masks were made for the Montevideo Police Union.

The SUA has also donated some 3,800 masks for those who do not have the resources to buy one, for example children living in shelters, people suffering from cancer, the sick, etc.

Then the Vice President of the Republic of Uruguay personally contacted Flor de Liz Feijoo to thank the comrades for their work — and to ask that masks be made for the parliamentarians.
The Air Force has also requested that the SUA develop 300 kits (surgical robes, masks, shoes, cap).

By April 23rd, 60 homeworkers were engaged in making masks (both washable and disposable). Four are located at the SUA headquarters and 56 work from their homes located in Artigas, El Salto, Department 33 and Barrios.

Flor de Liz Feijoo highlights that the SUA has paid special attention so that the comrades can receive a salary for the work they do. Each homeworker makes a minimum of 100 masks per day. The value of each one is 15 Uruguayan pesos. This means that each homeworker receives 1,500 Uruguayan pesos per day. This means that the monthly income of the comrades reaches the minimum wage of the sector.

Home-based workers have been organized by locality. There is a person in charge of receiving the orders and distributing them among the homeworkers. 2,500 are produced daily in Artigas, 2,500 in El Salto, etc. The masks produced are sent in pakcages by bus. A SUA member collects all packages at the central bus station and takes them to SUA so that deliveries can be prepared.

Given the broadcast of SUA's work on television, many homeworkers are calling SUA to join in the work of making masks. SUA has always been very clear about its work in favour of society. One of its activities has been to participate in a training programme in prison for the social reintegration of inmates.

Flor de Liz mentions: “At the moment these people have the possibility of working and helping society.”

She emphasizes: “Union organization is essential. For us, this crisis marks a before and after for SUA and homeworkers. Now it is being shown that homeworkers do important work, they can be suppliers of the state and companies, and they can receive fair wages.”