"Take away these tolls": How Accra's poorest market workers got their wages back | WIEGO Skip to main content

"Take away these tolls": How Accra's poorest market workers got their wages back 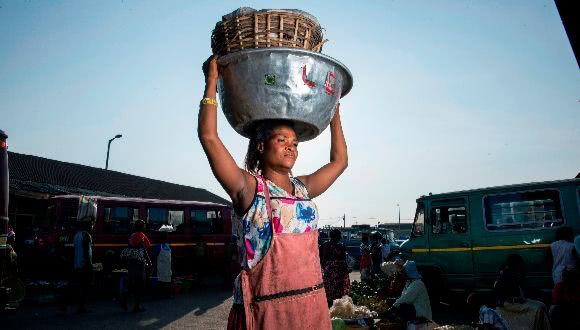 Accra’s colorful, bustling markets run on the back-breaking labour of some of the city’s poorest and most vulnerable. Goods are shuttled from stall to stall or from delivery areas to individual vendors atop the heads of kayayei – women who do some of the most physically demanding work in the markets.

The women become kayayei for lack of alternatives. Many have come to Accra from extremely poor villages, arriving with few marketable skills and often low-literacy levels. They take up this work to survive.

Survival, however, comes at a cost. Kayayei, like most informal workers across the globe, lack access to basic rights and government protections. In the city, their lives become a constant struggle for better working and living conditions – a situation membership-based organizations (MBOs) of informal kayayei have been fighting to improve.

Their organizing efforts have recently paid off: Accra’s headloaders – the poorest of the poor – came together and organized themselves to be recognized as workers with needs and rights. Against many odds, they earned the awareness and understanding of key decision-makers, and have gained two important wins thus far: inclusion in the national health insurance scheme and the abolishment of unfair tolls that were being levied against them. The story of how they did this is one of both collective action and persistence.

The kayayei are the behind-the-scenes lifeblood of Accra’s markets. The women can be found providing a host of services, from shuttling goods to carrying purchases to vehicles for customers. They also assist traders in a variety of ways by stocking shelves or packing and cleaning vending sites. Local restaurants (popularly known as “chop bars”) hire kayayei to tidy up, prepare meals, and serve customers. 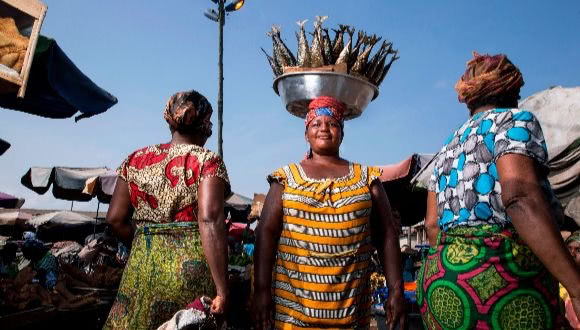 Although their services make market life easier for customers, traders, and supervisors, kayayei struggle to make ends meet. Their work is often impermanent, and compensation for the constant lifting and loading is meagre. In the ladder of informal workers in Accra’s markets, the kayayei are on the lowest rung, among the most unrecognized and economically vulnerable.

For example, Hawa Latif (pictured below), who left her hometown of Tulu, in Ghana's northern region, came to Accra in search of work, quickly taking up a job as a headloader. At the Kantamanto Market, one of the city's largest and busiest, she works with a cassava and plantain vendor, making endless trips from her “madame’s” stall to customers’ cars. The demanding job causes constant aches and pains. Most of the time, Hawa wraps her baby around her body to keep her hands free. The lack of childcare services – and extra money to pay for such services – is another challenge for these workers.

Hawa, along with co-worker Aisha Adam (also pictured below), can earn as much as GHC35 (USD $9.20) a day; when business is slow, that income can drop to just GHC10 (USD $2.60) a day. The fluctuations and unpredictability add to the insecurity of life for Accra’s kayayei. 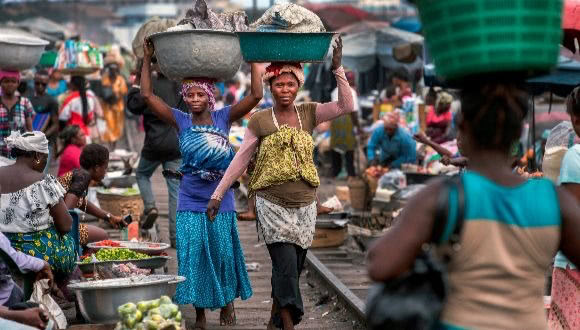 Aisha Adam (left) and Hawa Latif (right) carry both market goods and their children at Kantamanto Market in Accra. Lack of childcare is an issue, forcing the women to haul their babies as they work. Photo: Jonathan Torgovnik/Getty Images Reportage

When the workday comes to an end, kayayei like Aisha and Hawa return to living conditions that are nothing short of inhumane. According to a study by the Ghana Federation of the Urban Poor (GHAFUP), many kayayei live in a community in Accra called “Old Fadama,” which is one of Ghana’s largest squatter settlements. It was established by some of the city’s poorest migrants who couldn’t afford the US$20 to US$50 per month rents in other informal settlements.

A humble place in Old Fadama costs just US$5 - US$10 per month, and nearly 60 per cent of kayayei surveyed live there. For some of these workers, even these costs are too much; many sleep outside or at the marketplace.

Read about WIEGO's work on child care for informal workers.

For change to happen, kayayei knew they had to get organized and find a way to educate decision-makers about their lives. They set their sights on health coverage.

To get started, WIEGO supported the organization of a Health Policy Dialogue in Accra with key government, civil society, and informal sector stakeholders, including the kayayei themselves. The meeting provided an opportunity for the kayayei to discuss and share their experiences with Ghana’s National Health Insurance Scheme (NHIS) with key health policymakers. It was an important moment with informal workers and policymakers listening to one another, learning about life on the streets of Accra, and discussing the health needs of the kayayei.

After the meeting, health policymakers identified possible ways to incorporate these workers into the health insurance scheme and explored ways to support them in accessing health services. As a result, over 1,000 kayayei were able to register and gain better information on available healthcare services through the Ghanaian National Insurance Scheme – a major achievement for these women and their families.

Read more about WIEGO's organizing initiatives with informal workers around the world. 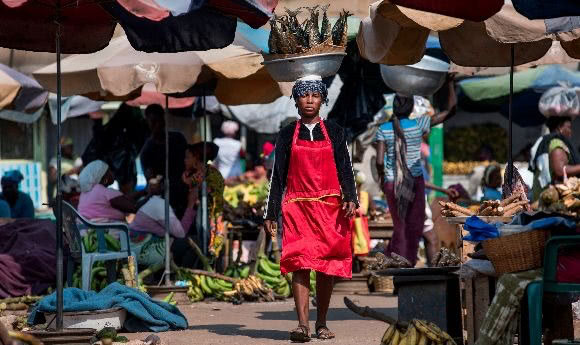 Rebecca Litey is a kayayei who sells fish in Agbogbloshie Market. With support from WIEGO, many kayayei in Agbogbloshie have experienced improved social protection. Photo: Jonathan Torgovnik/Getty Images Reportage 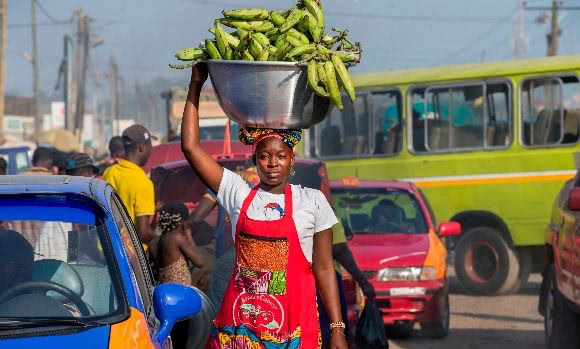 Mamuna Mohammed also works at Agbogbloshie Market, carrying bananas through the bustling fruits and vegetables areas. Many of the kayayei at the market are now registered with Ghana’s National Insurance Scheme. Photo: Jonathan Torgovnik/Getty Images Reportage

Win #2: Take away the unfair tolls

The kayayei MBOs were energized by their gains on the healthcare front and decided to seize an important moment to set out new demands. The 2016 national elections provided an opportunity for kayayei associations, in collaboration with other informal worker organizations, to engage with political parties and candidates and educate them about their lives and the issues they were facing. They weren’t going to arrive without a serious plan.

In advance, WIEGO’s Focal Cities supported the kayayei and their leaders in analyzing previous party manifestos and determining gaps where more awareness of informal sector issues was needed. From this, they developed a “platform” to present to the political parties, outlining the issues they face on a daily basis. Among the issues was one that was cutting hard into their daily earnings: tolls that were being levied against them by the municipality to operate in and around the markets.

The kayayei noted they were being forced to pay this “tax,” but because they fall outside the purview of municipal policies or protections, they don’t receive any benefits in return. The toll was also intended for street traders, not headloaders specifically, and so there were questions as to whether it could legitimately be charged.

Next, WIEGO facilitated the engagement between the workers and all of the political parties running in the elections, educating candidates on the impact of the daily tolls on the kayeiyei. One of the parties – the National Patriotic Party (NPP) – later included within its election manifesto the promise to abolish kayayei daily tolls if they were elected into power.

The NPP won the election in December 2016, and three months later, the tolls were abolished after persistent engagement and reminders from the kayayei.

The news was received with a lot of excitement from the kayayei, and has deepened their level of confidence to be heard and recognized at the highest level of the land.

Change for the poor comes with sacrifice, determination

The efforts by the kayayei to have their voices heard and their needs understood have not come easily. The women met with their MBOs after long days of hard work and caring for their children and families. Often coming to the table with little schooling or even the ability to read and write, they squeezed in preparation time to learn and plan together as they could. But each win builds on the next, giving them confidence and courage to continue their fight, despite the odds – demonstrating that they are citizens of the city and they need to be seen as equals with all other workers.