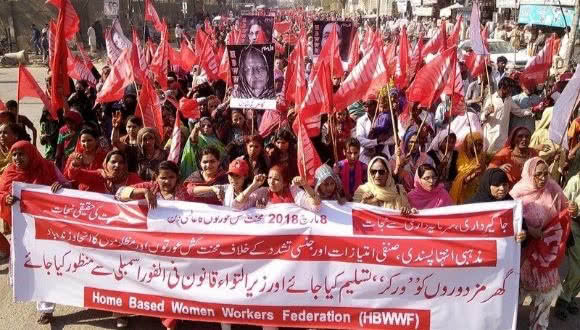 This week, we take a step-by-step look at what it takes for informal workers’ to stage a successful collective action. We’ll dive into the necessary preparatory processes and break down key concepts. This article is excerpted from our sixth book in our popular series, Organizing in the Informal Economy: Resource Books for Organizers. This book dives into the nitty gritty of planning, preparing and taking an action, and provides checklists, guides, action examples, and post-action reflections. Download the full book here.

Informal workers creatively engage in collective action to press their demands and highlight their situations. We’ll look at some practical ideas on how to prepare for action.

For Informal Workers, the Need for Change Outweighs Risky Repercussion

Workers in different occupations will take action appropriate to their circumstances. Some of the more common forms of collective action used by workers in different jobs include boycotts of market and site levies by street vendors, May Day rallies by homeworkers and placard marches by domestic workers.

Waste pickers in Delhi, India, for example, staged a cycle rally on World Environment Day to highlight the impact privatization of waste management has had on their livelihoods. In Cape Town, the South African Domestic Service and Allied Workers’ Union (SADSAWU) held a peaceful protest with placards that drew attention to their long hours, poor conditions, and low wages. 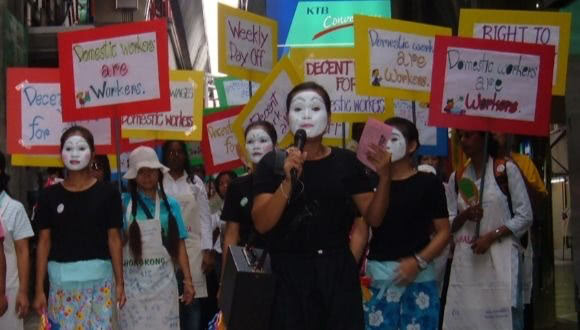 Be clear about the need, objectives, and overall strategy for collective action. Exercise power selectively and strategically.

Before your members decide on action, be sure everyone is clear on why there should be action. This is especially important if members’ incomes and safety are likely to be affected, such as in a strike, blockade or a large march during working time. Are you taking action because it is a necessary strategy or because it is a useful one? Are there other options if action is risky?

Always work collectively. Work with a team. This could be a leadership team, a coordinating committee, or a strike committee, depending on the action. Women should be fully represented in the team. It should have clearly defined powers, authority, and reporting guidelines. Members should choose and support the team.

Draw up a plan of action with the team to flesh out your strategy. It will include practical planning of activities before, during, and after the action. It will include planning your tactics. Include a list of all the preparatory activities you need to do, who is responsible for implementing them, and the deadline for completion. You could use some simple planning tools to assist your team, and to inform others, such as a time line and an action-planning sheet.

If collective action is to be effective in pressurizing those in authority to agree to demands, it must have the power to affect the opponent. Or it must demonstrate the power, or potential power, to do so in the future. You need members, workers, authorities, allies, enemies, and the public to sit up and notice the action. A well-prepared publicity and media strategy is needed.

It is important to plan your strategy in line with the type of action, the extent of the action, the desired outcomes, and your organization’s resources and capacity. For example, a short, localized strike in a small workshop by members of an association with few resources may require community pressure to help resolve the dispute. The strategy might be to inform community elders and leaders by word of mouth, and to distribute an informal leaflet among workers and community members. It would be pointless trying to get the national press to report on such action.

You have identified your allies and potential supporters. Go out there and discuss in detail what role they will play.

Use this period to constantly mobilize workers for action. Build their confidence, unity and power. Involve as many workers as possible in the preparations. Involve them in distributing pamphlets, holding informal meetings with members, informing their families and communities, and preparing placards. Hold regular meetings with members. Give regular progress reports. Get news into the press and on the radio. Be creative! Don’t forget to include women.

Download the full Collective Action for Informal Workers and read more in this series.