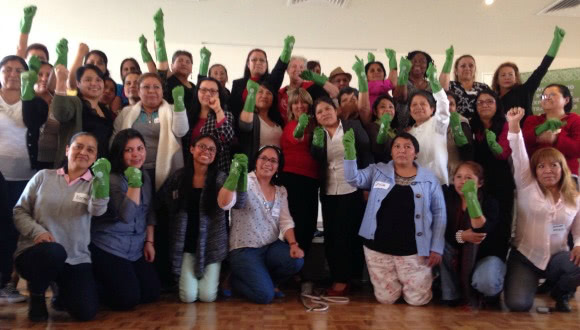 Domestic workers face many challenges in their fight for better working conditions. At a very basic level, these workers struggle in isolation, behind the closed doors of employers’ homes, with few opportunities to hear what others endure – or how they could improve their working lives. Alone, many face harassment, low wages and barriers to social protections, often coming to accept their conditions as normal. A recent learning exchange for Mexican domestic workers, who hosted their colleagues from around Latin America, provided a rare opportunity to share across borders, tapping into both a local and global solidarity. The discussions identified two key hurdles faced by domestic workers everywhere: gaps in legal frameworks and discrimination within social security frameworks. The meetings sought to showcase advances from Latin America to assist Mexican domestic workers in advancing their struggle for important foundational rights. 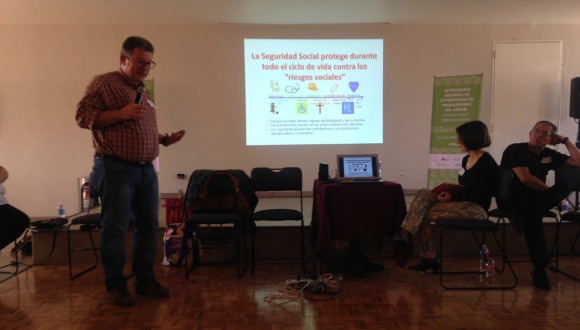 Sharing challenges and successes across borders

Latin American countries have been trailblazers in the effort to improve the rights of domestic workers. Thirteen countries have ratified C189 – the landmark 2011 International Labour Organization (ILO) Convention adopted to advance the rights of domestic workers – and Uruguay was the first in 2012. For workers, the struggle hasn’t been easy, even after ratification, but delegates shared their successful strategies – including how to negotiate terms and improve diplomatic interactions with authorities – in hopes that Mexican workers could make similar advances. In Mexico, this key international instrument has yet to be ratified, despite numerous exhortations on the part of the Senate to the Executive and promises by the Minister of the Interior.

See a list of countries that have ratified C189.

While ratification of C189 is important, Mexican workers learned that it is not the only instrument that supports the recognition and guarantee of domestic workers’ rights. Article One of the Mexican Constitution establishes that international treaties on human rights ratified by Mexico have constitutional hierarchy. Several treaties ratified by Mexico already recognize the right to work and decent working conditions, as well as security, for domestic workers. Also, Article 123, Part A, recognizes equal labour rights and social security rights to domestic workers. In this way, domestic workers are demanding what they are already entitled to. However, there is a need to modify the Federal Labour Law and the Social Security Law to align them to the rights stated in the Constitution in order for public policies to be created and implemented that would enable domestic workers to assert their rights.

Read about the efforts made by domestic workers to achieve the adoption of C189.

At present, the Social Security Law in Mexico does not oblige employers to register domestic workers in a mandatory social security regime; rather, it allows for voluntary adherence, which offers less coverage than the mandatory version. The voluntary version does not include access to childcare. In addition, the affiliation of workers to the National Workers Housing Fund Institute (INFONAVIT) is also voluntary, and domestic workers have to cover the employer’s contribution, without counting on a minimum wage to enable them to do so.

In addition to the social security challenges, domestic workers also face complications in gaining legal recognition. At the meeting, María José Chamorro, the ILO’s Latin America gender specialist, highlighted that a high number of domestic workers are informally employed without any contract or labour rights. Federal Labour Law discriminates against domestic workers in that it creates a special category for them “below” formal workers. This means that domestic workers do not have a legally regulated eight-hour working day, nor do they receive overtime, holidays, or an annual bonus. Furthermore, employers are not obliged to provide a written contract setting out a job description, leaving workers in a state of vulnerability due to the absence of legal backing. 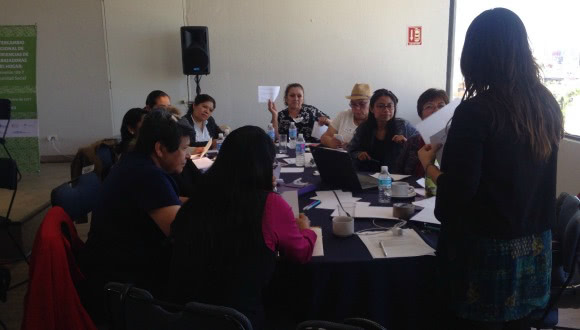 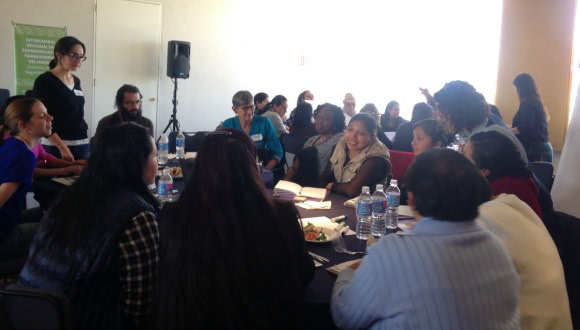 As a result of the regional exchange meeting, Mexico’s domestic workers developed and launched a policy platform that sets out demands and proposals directed at different government powers, as well as specific agencies. Above all, the platform calls for a structural change by the government to be more inclusive of the 2.4 million domestic workers in Mexico. This document will also contribute to raising the awareness of the part of the employer sector that supports the domestic workers’ cause.

The demands in the platform relate to social security themes that are absent in government policymaking for domestic workers, including health services, maternity, retirement, pension, minimum wage, working conditions, and housing. Some of the specific demands include coverage of pre-existing chronic diseases in health care coverage; maternity leave; childcare and geographic accessibility to it; a minimum wage established by the National Commission of Minimum Wages; a tripartite contribution to an old-age pension; and a contract that states the characteristics of the job, such as working hours, duties, salary, social security, overtime, annual bonus, rest time, and holidays. These demands are framed according to the international standards in C189. The platform also called for ratification of C189 by Mexico.

The exchange with other Latin American workers was crucial to the development of this platform, which is an important document that will gain greater visibility for domestic workers. Worker organizations plan to use the platform to improve participatory mechanisms and raise domestic workers’ voice from the bottom to the top of the government through advocacy. Indeed, this is one aspect of the platform: to guarantee the participation of the National Domestic Workers’ Union (SINACTRAHO) in the decision-making processes related to public policies that affect them.

The exchange between Mexican domestic workers and their colleagues from around Latin America showed that there are strategies to improve the voice and visibility of informal workers that can be scaled across national borders. The policy platform that evolved out of the exchange is an important step for Mexico’s domestic workers in securing their rights, as well.