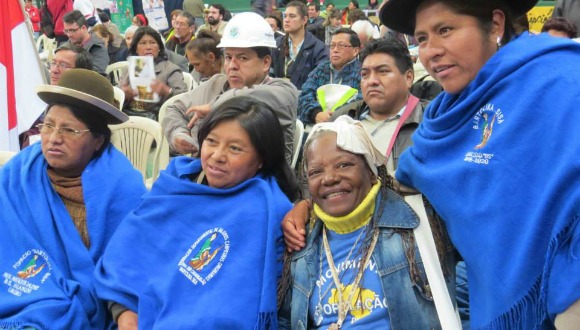 Pope Francis has made the environment and the poor a top priority since assuming his massively influential position as head of the Catholic Church. Yet the leader’s focus is not new; he has been working to bring more dignity to the lives of the world’s invisible workers, especially waste pickers, for many years.

Before becoming Pope, Jorge Mario Bergoglio was the cardinal of the Roman Catholic Church of Argentina (2001-2013) and archbishop of Buenos Aires (1998-2013). Year after year, he used to celebrate what was known as the “waste pickers’ mass” because it was dedicated to the cartoneros (waste pickers or informal recyclers) in addition to dressmakers and enslaved people. The mass was held in the Plaza Constitución, located in a humble district of Buenos Aires, and one of its goals was that no worker would be excluded. Besides the mass, it was common for Bergoglio to work with waste pickers and give support to their cause.

Not surprisingly, at his Inaugural Mass, Bergoglio invited Sergio Sánchez, a waste picker who attended as a representative of the Excluded Workers Movement (MTE by its acronym in Spanish), to be one of his three personal guests. After the event at the Vatican, the press named Sergio “the pope’s waste picker”, so then Sergio named Francis “the waste picker pope”.

The pontiff’s work with waste pickers continued from the Vatican. In October 2014, he convened the first World Meeting of Popular Movements. Pope Francis welcomed grassroots delegates from three sectors and five continents: precarious workers, landless peasants, and slum dwellers. Sergio Sánchez, the pope’s waste picker, spoke on behalf of the Federation of Waste Pickers of Argentina and the Global Alliance of Waste Pickers about inequality and social exclusion from the excluded workers’ perspective.

In June 2015, the second encyclical of Francis was officially launched: “Laudato si”. The encyclical was subtitled, “On care for our common home”, referring to our planet, where the pope makes reference to poverty, environmental awareness, and climate change once again. This was an important part of the speech he would deliver months later in New York City, where he said: “The world must listen to both the cry of the earth and the cry of the poor.” That is perhaps why Bergoglio and waste pickers have been so close: both of these points are reflected in waste pickers. They collect waste as a means of subsistence, they are poor workers, and waste picking makes a positive environmental impact on its own.

Since then, Pope Francis has held another global meeting of the underserved, the II World Meeting of Popular Movements, where waste pickers’ delegates from the MTE and the Confederation of Popular Economy Workers (CTEP by its acronym in Spanish) shared their views at a round table entitled, “From exclusion to the popular organization of workers”. Nohra Padilla, from the Association of Waste Pickers of Bogotá (ARB by its Spanish acronym), also participated by giving her testimony.

The organization of the I and II World Meeting of Popular Movements and the participation of the pope are not mere coincidence but are a continuation of Bergoglio’s work with the most vulnerable in his native Buenos Aires. Recently, he took his message to the United Nations Sustainable Development Goals meeting in New York City in September. By being appointed pope, he is in a position to help elevate the workers of the people’s economy, including waste pickers, to be heard and recognized at the highest levels across the globe.

This is a translation of the article “El Papa Francisco, el medio ambiente y los pepenadores”, originally published in Emeequis, on 5 October 2015