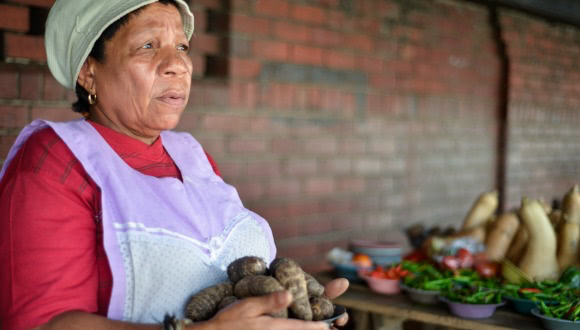 What happens to informal employment during an economic crisis? The conventional wisdom is that the informal sector—which consists of small, unincorporated enterprises—acts as a safety net for vulnerable workers during periods of crisis. The assumption is often that job losses in formal sector industries lead to an increase in the number of workers who create their own work through informal self-employment. Internationally, there is evidence to both support and refute this claim; this contradictory evidence suggests that crisis events have different impacts on informal employment, both within and across countries.

The conventional wisdom is that the informal sector...acts as a safety net for vulnerable workers during periods of crisis.

Many studies that link crises and informal employment look primarily at the impact of crises on workers pushed out of the formal sector. Far fewer examine the impact of crises on workers who were already in informal employment. In one recent contribution to the topic, WIEGO research undertaken in 2009 and 2010 showed that the global economic crisis impacted informal workers in much the same way as their formal sector counterparts in a number of developing or low-income countries: namely, through price fluctuations, reduced demand for goods and services, and the related increase in competition for this shrinking level of aggregate demand.

Yet these findings also raise an additional question: are there differential effects of crises on informal employment in middle-income countries (MICs)? MICs, as a broad group, have included some of the fastest-growing economies over the past several decades and constitute a growing share of the global population. MICs, therefore, form an important part of the international development agenda. Moreover, many of these countries have been integrating into the global economy at a particularly fast rate.

The question that arises, therefore, is whether the impacts of economic crises on informal employment in MICs are different from the impacts in low- and high-income countries. In other words, are job losses in the formal sector associated with an increase in, for example, self-employment in the informal sector?

...the South African policy framework sees the informal sector as an employment safety net and does not distinguish between survivalist or vulnerable types of work on the one hand or successful informal enterprises on the other.

One way to explore this question is to examine changes in the relative size of the informal sector before, during, and after the recent (2008) global financial crisis. This article does so for South Africa, an upper-middle-income country which is unique in a number of ways. While the country has the largest economy on the African continent and a particularly large private/formal sector, it is also one of the most unequal countries in the world. One of the well-documented puzzles associated with the country’s labour market is the high rate of unemployment (roughly 25 per cent using a strict definition) which accompanies a relatively small informal sector. It therefore might be reasonable to expect that during crisis times, some of those who have lost their jobs would move into informal sector self-employment.

Indeed, the country’s official long-term development strategy, the National Development Plan, subscribes to the conventional understanding of informal employment and notes that the informal sector has “fared relatively well during crises and provides a cushion for those who lose formal sector jobs” (Page 374). The same strategy document goes on to project that between 1-2 million new informal sector jobs will be needed by 2030 if the country is to meet its employment targets. In short, the South African policy framework sees the informal sector as an employment safety net and does not distinguish between survivalist or vulnerable types of work on the one hand or successful informal enterprises on the other.

Yet there is also evidence that contradicts this notion by identifying a hierarchy of risk among the informally employed. In this model, home-based workers, casual wage workers, the informally self-employed, and, in particular, women are more vulnerable and face a higher risk of poverty.

So which version is correct? Is the informal sector a large, homogenous sector which shields workers from unemployment during difficult times or are some types of informal employment also vulnerable to economic shocks? If the conventional understanding is correct, we would expect the data to show us that the informal sector in South Africa fared better than the formal sector, in relative terms, during the recent global financial crisis and possibly even increased in size.

However, if this is not the case, then it is important to find out what actually happens during a crisis both in terms of the informal sector as a whole and in terms of which workers are affected the most. We already know that crises rarely impact all workers in the same way, but unless we are able to say more, we risk not understanding some of the fundamental ways in which the formal and informal sectors respond to labour markets in crisis.

The informal sector during the financial crisis in South Africa

...the size of the informal sector, relative to total employment, did not change significantly and, if anything, decreased during the period in which the crisis was linked with job losses.

Between the onset of the global crisis (i.e. the fourth quarter of 2008) and the third quarter of 2010, the South African economy shed roughly one-million jobs in total. However, there is very little evidence to suggest, over this particular crisis period, that the informal sector was absorbing these “lost” jobs. In fact, the non-agricultural informal sector actually contracted by about 4 per cent during the crisis period and only fared marginally better than the formal sector (which decreased by 7 per cent).

Notes: Own calculations from the Quarterly Labour Force Surveys. The data are weighted. Sample not restricted to the working age population.

Notes: Own calculations from the Quarterly Labour Force Surveys. The data are weighted. Sample not restricted to the working age population. Estimates exclude work in private households.

Lessons from the South African experience?

In South Africa, the evidence does not support the conclusion that the informal sector is a residual category which absorbs workers during a crisis.

Second, the finding that women’s informal trading activities (i.e. in the wholesale and retail sectors) declined to such an extent should alert us to the ways in which informal trading is not shielded from broader macro-economic shocks which are traditionally associated with the formal sector. One possible explanation is that informal retailers are linked with some of the same supply or value chains as formal traders but are less able to take advantage of economies of scale, supplier networks and extended lines of credit.

None of these findings, of course, say anything about the actual working conditions (e.g. loss of earnings) experienced during the crisis. In other words, even for those workers in informal employment who managed to keep their work going, the crisis was likely to affect earnings, working hours, and many other aspects of the work itself. Therefore, future research should explore the different ways in which crisis events impact the most vulnerable segments of the workforce.

Finally, to the extent that the South African experience of the 2008 crisis was similar to other MICs, these findings have important implications for the populations of these countries. Nearly one-third of people living below the $2/day poverty line now live in MICs, and, for many of the working poor in these countries, their livelihoods continue to depend on earnings from informal sector employment. The fact that a number of these countries are rapidly integrating with the global economy, combined with the fact that the informal sectors in these countries are not likely to be shielded from the effects of global crises, implies that governments should look for ways to extend protections to workers in the informal sector, particularly for its most vulnerable segments.

Mike Rogan, of Rhodes University, South Africa, has provided research support for many of WIEGO's projects, including the Informal Economy Monitoring Study, and has co-authored Health Risks and Informal Employment in South Africa: Does Formality Protect Health?.