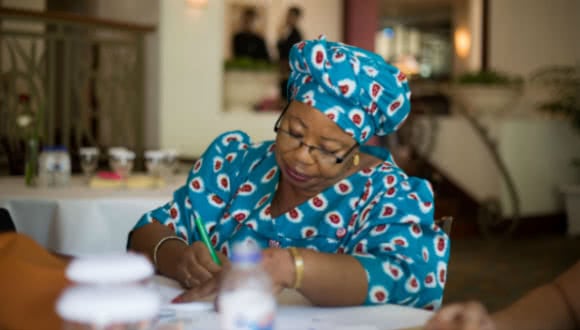 How Local and National Governments
Can Support the Urban Informal Economy

More than 50 per cent of the urban work force in most developing countries is informal ‒ ranging from over 80 per cent in South Asia to over 51 per cent in Latin America.[1] With their work, urban informal workers make important economic, social, and environmental contributions to their cities and countries.

Yet despite their contributions, informal workers’ lives and livelihoods continue to be vulnerable for many reasons. Many myths about the informal economy prevail in the minds of city policymakers and the general public ‒ among them the notion that equates the informal economy with illegal activities. These misconceptions have influenced existing local legal frameworks and policies to the detriment of the livelihoods of informal workers. They have also permeated the visions of urban designers and policymakers as they define the future of cities.

Visions of urban development need to be revisited to address inequalities. According to the United Nations, half of the world’s population live in cities, and it is expected that the trend will continue, especially in developing countries.[2] Cities have become important economic hubs in the world, gathering economic production, and, increasingly, political power. This trend, combined with the transfer of responsibilities from national to local governments over the last decades, have created increasing global competition among cities for investment and resources.

And just as cities rise economically, the levels of inequality within cities are increasing, creating important social, economic, and governance challenges for local authorities. In the Habitat III process, the agreement and implementation of the New Urban Agenda can provide an opportunity to address these challenges, and to create a new and inclusive vision of city development – one where formal and informal livelihoods are promoted, social and economic gaps can be reduced, and political rights can be exercised.

WIEGO has committed to ensuring the voices of urban informal workers can be heard in the Habitat III process, with the hope and expectation that the New Urban Agenda will include urban informal workers as key stakeholders working with local and national governments to implement the Agenda over the coming 20 years. As one contribution to this process, the WIEGO Network has launched an MBO Platform to help guide local and national governments that seek to implement the Agenda in an inclusive and participatory way.

The following are common needs of urban informal workers that should be taken into account by local governments as they seek to implement the New Urban Agenda in an inclusive and participatory way:

Social Protection and Safety at Work:

Recognizing that national governments also play an important role in creating an enabling environment for the livelihoods of urban informal workers through the legal and policies frameworks, and by correcting existing biases against their livelihood activities, the MBO Platform also has guidance for national governments – with sector-specific points outlined in relation to street vendors, home-based workers, and waste pickers. Click here to see the full MBO Platform and to read more about WIEGO’s role in the Habitat III process on the road to Quito. 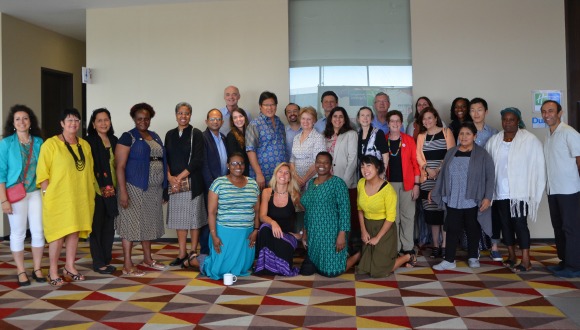